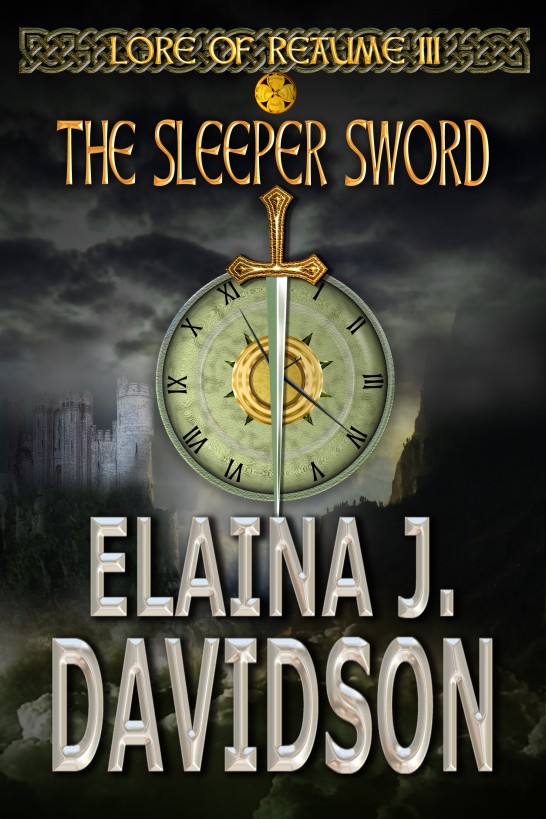 All rights
reserved under the International and Pan-American Copyright
Conventions. No part of this book may be reproduced or transmitted
in any form or by any means, electronic or mechanical, including
photocopying, recording, or by any information storage and
retrieval system, without permission in writing from the
publisher.

This is a work
of fiction. Names, places, businesses, characters, and incidents,
are either the product of the author’s imagination or are used
fictitiously and any resemblance to any actual persons, living or
dead, organisations, events or locales, or any other entity, is
entirely coincidental.

The
unauthorised reproduction or distribution of this copyrighted work
is illegal. Criminal copyright infringement, including infringement
without monetary gain, is investigated by the FBI and is punishable
by up to 5 years in prison and a fine of $250,000.

For my other
family

The kind of
magic

A mother and
daughter wandered the banks of a placid river, halting when a
flower or insect trapped their roving attention.

They were
absorbed in their bonding, a ritual they enacted every rest day
while the men in their lives slept in.

A hummingbird
flew by and the girl squeaked, then covered her mouth and turned to
follow. It fluttered before a purple flower, drinking the nectar.
Her mother sank into the riverine grasses, chewing absently on a
stalk. She laughed softly at the disappointed face turned to her a
moment later.

The girl
disappeared into the grass to brandish an orange flower. Her mother
clapped and the fair head vanished again.

Leaning on her
arms to crane her head up, the woman gazed at the beauty of the
blue sky. Puffs of white scudded in the distance, creating shapes,
changing with every second.

Her mother
scrambled up, shouting her fear. She stumbled through the grass,
her gaze frantic to pierce the veils of green stalks. She found her
daughter unharmed, and sombre eyes lifted towards her.

There lay a
man, pale, naked, and curled into a foetal position. The mother
kneeled beside the still form, pushing her daughter behind her.

Fingers to his
neck discovered a faint pulse. He was cold and damp with the
morning’s dew, but it was not the cold of death, it was
exposure.

She shrugged
out of her cardigan, thankful her daughter did not ask questions,
and covered the man, the red bright against his paleness. He was a
young man, his skin unmarked, hands slim and without calluses. A
rich man’s son.

Taking her
daughter’s hand, she told her they would fetch help, for the man
was ill and needed more than they alone could give. Her daughter
nodded, brown eyes serious, and together they retreated.

He moved, and
mother and daughter halted. He groaned, and the mother dropped the
girl’s hand to rush to his side. He opened his eyes and uncurled to
sit, one hand drawing the cardigan around to cover his nakedness.
Raising grey eyes, he shook his head as if to clear it, mumbling
unintelligibly.

She told him
she would fetch help, grabbed her daughter’s hand and ran, a
faltering gait through the knee-high grass. Her daughter gasped and
she lifted her, stumbling on. She hoped he would think her haste
was to bring help. She hoped he had not realised he scared her. She
hoped he would go before the men came looking.

He spoke a
strange language.

His eyes were
cold.

A peal of
laughter froze her blood and she staggered to a halt.

She hugged her
daughter to her and shouted at him to leave them alone. He spoke,
but she did not understand.

He had tied
the cardigan about his waist and when he turned to study the
surroundings she saw his pale bottom; her daughter started
laughing.

The young man
turned a smile on them and approached. He winked at the little
girl, and ripped her from her mother’s arms. Both screamed, but he
had the girl … and gestured significantly.

She whispered
to her daughter to be quiet and preceded him, leading him home,
praying the men were awake and looking out. They would see her
approach with a naked stranger holding their girl and assume the
worst. She prayed as she had never prayed before.

Behind her he
began to mutter and after a while she realised he said the same
thing over and over, and his tone was vicious. He gripped her
shoulder to halt her. She turned, and he shoved her daughter at
her.

She wanted to
run then, but his tears arrested her need for flight. His eyes were
no longer expressionless; they were filled with soul-aching
suffering.

He doubled
over, retched, and her maternal instincts were aroused. She
whispered sympathy, but he held a hand up without looking at her,
motioning for her to go.

Gripping her
daughter, she did so, and as she turned he straightened, wiping his
mouth. His body told of deep-seated resignation.

He ran his
hands through long auburn hair with streaks of fairness threaded
into it … and vanished.

The mother
turned and ran all the way home, gripping to her breast her little
girl, who still clutched bright orange flowers. 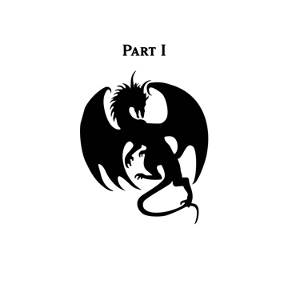 Even after all
has changed, time has a way of bringing forth the familiar. One day
you look around you and remark, “Nothing has changed.”

“And what does
this say, Aunt Fay?” The boy pointed at writing under a depiction
of a sceptre.

Fay turned the
book to see what caught his attention. “That, Teroux, is
Minara’s Sceptre
. He travelled much and desired it as proof
of his status.”

“Indeed, but
not for long. The poor man caught a virus on an offworld visit and
the Valleur healers didn’t know how to cure him.”

“It was a long
time ago, and we found the virus after. Nobody was sick from it
again. We now have an enchantment to arrest alien infections until
a cure can be traced or manufactured.”

He nodded. “We
did that after the Plague of Torrke.”

“Yes, after
that terrible time.”

“Why did he
need proof of status? He was Vallorin.”

“Apparently,
inquisitive one, he was unsure most of the time. His sceptre gave
him authority inside.”

Teroux
puckered his lips. His father was Vallorin and he was not unsure
inside. He drew breath to ask another question, but then his father
entered and all thoughts fled. He ran into those waiting arms. “You
were gone so long!”

Tannil hugged
him. “I missed you, too.” He kissed his son on the forehead before
lowering him. “Find Kismet and see what I brought back for
you.”

“You were
indeed some time, brother. Problem?”

Tannil crossed
the room to embrace her, and sat at the table. Drawing the book
closer, he answered, “Nothing serious. We seem to have it cleared
away.” He smiled at the image. “I take it Teroux asked about
this?”

“Oh, yes.” She
glanced at the books on the table. “He loves the Oracles.”

Her brother
grimaced. “He studies them harder than I ever did.”

“You wanted to
speak to me?” she asked, distracting him before the gloom of his
heritage overcame him anew.

“I won’t like
it, obviously.” She placed her pen on the table, put the letter she
attempted to write amid Teroux’s questions face down over it, and
folded her hands in her lap. “Tell me.”

He glanced
sideways at her. “I’ve an offer for your hand.”

“Tannil, no. I
shall marry where my heart lies.”

“Fine. I told
him that. Luckily he wasn’t offended.”

“Who?” she
asked, curious despite her determination.

“Are you
completely insane? He’s immortal!”

“You are to
live a long time.”

“Unable to
bear children, unless I have a liaison on the side.”

“Oh, quiet,
I’d like to be a mother and marrying an Immortal will never allow
that.” She rose and stood before the window to gaze into the
ocean.

This side of
the Palace hung out over the depths and white gulls swooped into
view, diving from on high into the embrace of the water, erupting,
almost without exception, with a fat fish. The sound of the ocean
was muted, it was that far below, but the gulls were noisy.

She twitched
the sash closed, dampening their never-ending screeches. “Why would
the Emperor want to marry me?”

“He thought it
would serve to bind the Senlu and Valleur closer.” Tannil, Vallorin
of the Valleur, grinned. “That’s what he says, but I think he’s
rather taken with you.”

She snorted.
“He’s only seen me once.”

“No man
forgets you, dear sister.”

She turned and
smiled. “Thank you.”

Fay, short for
Fayette, was golden glory akin to most Valleur, yet even among an
attractive people she stood out. Her name meant
Great
Beauty
, for she was that, and no man was immune. Suitors
delivered marriage proposals daily and she denied them with a kind
word or letter; she was busy with such a communication when her
brother arrived.

Returning to
the table, she stood behind Tannil to ruffle his hair. “You don’t
need to worry about me, my lord.”

He snorted and
swatted her hand away. “Teroux will be an old man before you
present him with a cousin.”

“But I shall,
one day.” She sat. “Admittedly, the Senlu Emperor is a sexy
man.”

A rap at the
open door sounded and both looked to see their mother enter, and
from behind an excited Teroux barrelled past. The boy jumped at his
father, placing kisses all over his face. His grandmother looked on
fondly.