The Tortoise and the Dare 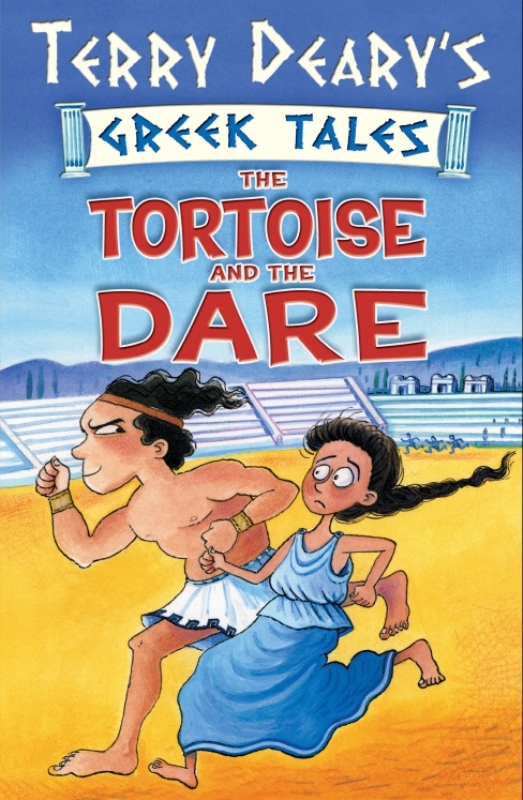 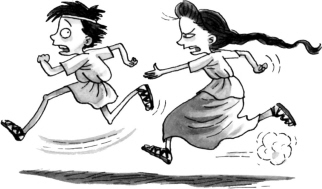 The rights of Terry Deary and Helen Flook to be identified as the author and illustrator of this work have been asserted by them in accordance with the Copyrights, Designs and Patents Act 1988.

A CIP catalogue for this book is available from the British Library.

All rights reserved. No part of this publication may be reproduced in any form or by any means – graphic, electronic or mechanical, including photocopying, recording, taping or information storage and retrieval systems – without the prior permission in writing of the publishers.

This book is produced using paper that is made from wood grown in managed, sustainable forests. It is natural, renewable and recyclable. The logging and manufacturing processes conform to the environmental regulations of the country of origin. 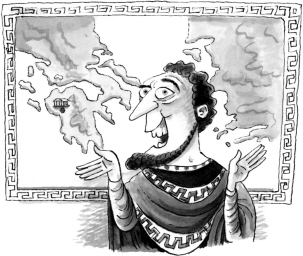 It started with the mighty Heracles, the hero of the gods. Heracles won a race at Olympia, the home of the gods. Well, he would win a race – he was the strongest, fastest hero the world has ever known. I think he was like a lot of men. Vain. 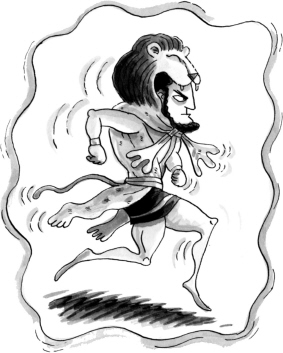 “The world must remember my great victory,” Heracles said. “Humans must have races every four years! They will be called the Olympics.” 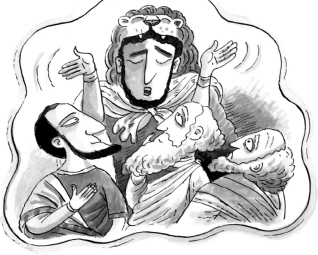 The priests said it was a good idea and that’s how the games began.

But Heracles didn’t just start the Olympic Games … he started a lot of trouble.

Oh, yes, a lot of people enjoy watching the winners. They love the show, the sport and the excitement. But what about the cheating? What about the arguments? 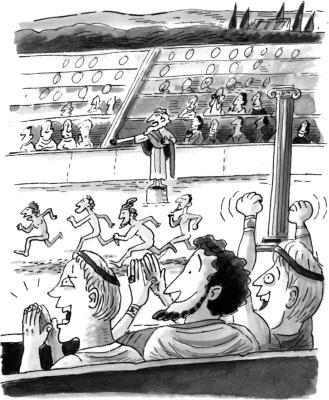 What about the losers? And what about the women? Women are not allowed to race, of course. They are not even allowed to watch. If they try, they are executed … thrown off a cliff. 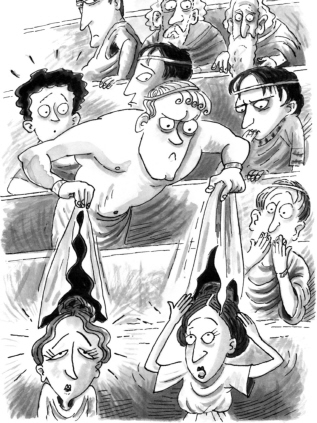 Ooooh! It makes me so angry. I am an angry sort of person. I was angry when I was a girl, all those years ago, and I am still angry when I remember… 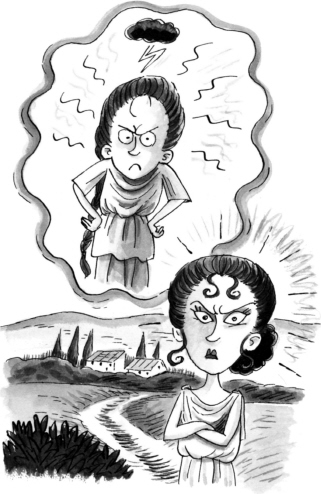 I am angry with my brother, Cypselis.
Dear
Cypselis had a bet on a race. And what was the prize? Me! Yes, he bet his own
sister
! Would
you
do that? No, of course not. So do not blame me for being angry now when I tell you the tale of ‘The Tortoise and the Dare’.

My brother Cypselis ran in from school, bubbling like a soup pot. He was so happy he didn’t notice how miserable the family was. 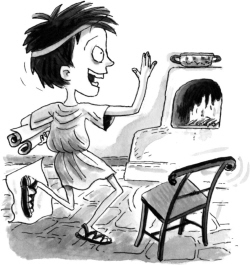 Ogniem i mieczem by Sienkiewicz, Henryk
Josiah's Treasure by Nancy Herriman
The Woman Who Lost Her Soul Hardcover by Bob Shacochis
SAVING REBEL: Renegade Rebels Motorcycle Club by Palomino, Honey
Valley of the Moon by Melanie Gideon
Pond: Stories by Claire-Louise Bennett
Collision Course by Desiree Holt
The White King by Gy&#246;rgy Dragom&#225;n
Enemy on the Euphrates by Rutledge, Ian
The People's Will by Jasper Kent