The Tortoise and the Dare (5 page)

He just shrugged again. “I thought you knew. I thought you’d come up with a way round the problem.”

For once in my life even my wild temper couldn’t find any words to answer him. 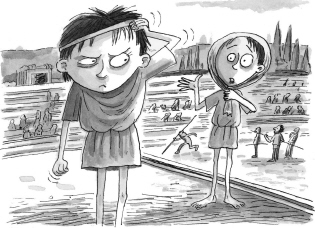 I tore Cypselis’s hood and tunic off him and quickly put the hood over my head.

“Run, tortoise, run,” I whispered. Then I hurried off to find a seat in the stands.

My brother tried. At the turn he was level with Big Bacchiad. The rest of the runners were already lengths behind. 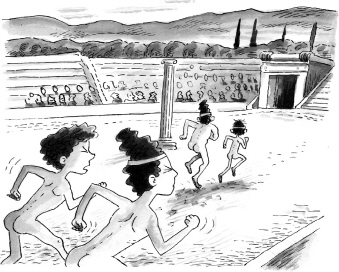 The big boy leaned towards Cypselis and aimed to hit him with his shoulder. Cypselis skipped aside and Bacchiad missed. He stumbled and went round the turn with his arms whirling, trying to keep his balance. 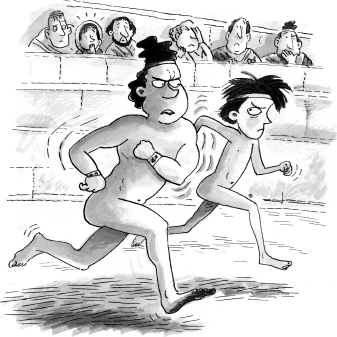 By the time they were halfway to the finish, Cypselis was lengths ahead but his head was rolling from side to side. I knew it meant he was exhausted. His legs were shaking and his ankles looked weak. 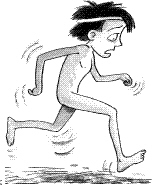 I thought I could hear Bacchiad’s pounding feet even from the stands and even above the shouts of the crowd. Every stride took him closer to Cypselis. Every step took Cypselis closer to the finishing line. My tortoise brother had never run so bravely. Tears filled my eyes and I screamed his name till my throat was raw.

But his weary legs stumbled and Bacchiad pounded past him just before they reached the finish line. 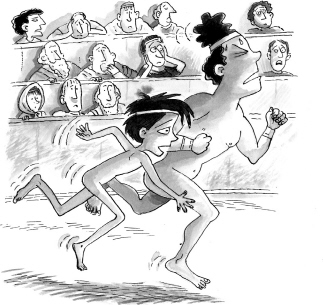 A man in a rich cloak ran from the stands and wrapped his arms around the big boy.

He pushed some leaves into his hands and Bacchiad chewed on them hungrily. The man was Bacchiad’s father and he raised his son’s arms above his head in victory as Cypselis sank to his knees in despair. 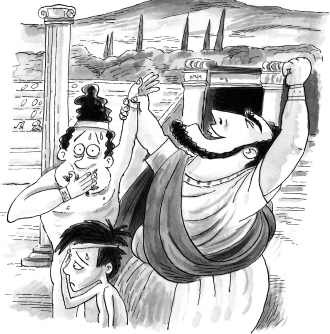 I left the stand and walked over to my brother. I wrapped an arm around him just as Master Sophos stepped down from the starters’ platform. 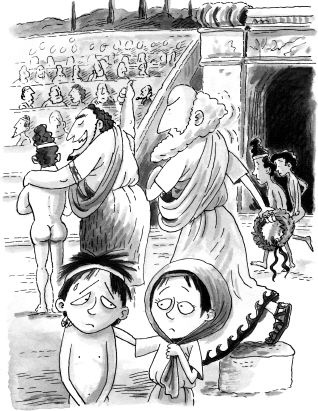 Bacchiad’s father was grinning like a wolf. He reached out a hand to take the winner’s crown of celery leaves from the head teacher. 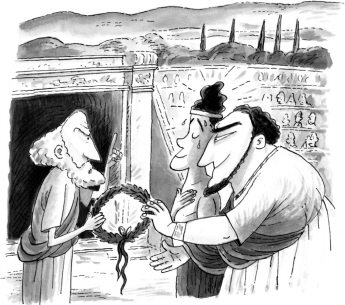 But Master Sophos spoke sharply. “You have just given your son some plant to eat. He was eating it before the race, too.”

Master Sophos stretched out a hand and took a piece from Bacchiad’s hand. He rubbed it and sniffed at the juice he’d squeezed out. “It is not celery. It is the candlewort plant.”

“So … athletes know that eating candlewort makes you run faster for a while. It is banned. It is cheating.”

“There’s no harm in it!” the father huffed.

“The most important thing in the Olympic Games is not winning but fighting well. Bacchiad has run an unfair race. He did not fight well.” The head teacher stepped back onto the platform and held up a hand for silence. “Bacchiad has cheated. Bacchiad loses the race. I declare the winner to be Cypselis!” 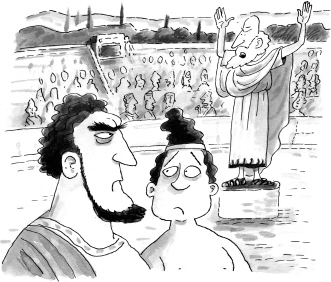 My brother looked in wonder as the wreath was placed on his forehead. The crowd cheered till their throats were as sore as mine. 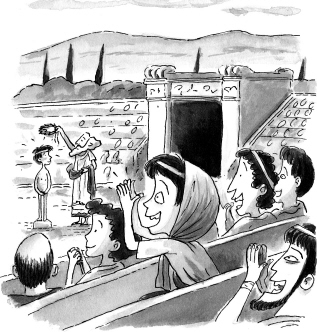 And me? I showed my mother something far more precious.

The goat. That night we ate well. Mother raised a glass of milk in a toast to us. “Remember, children, the great thing in life is not inning but
eating
well!”