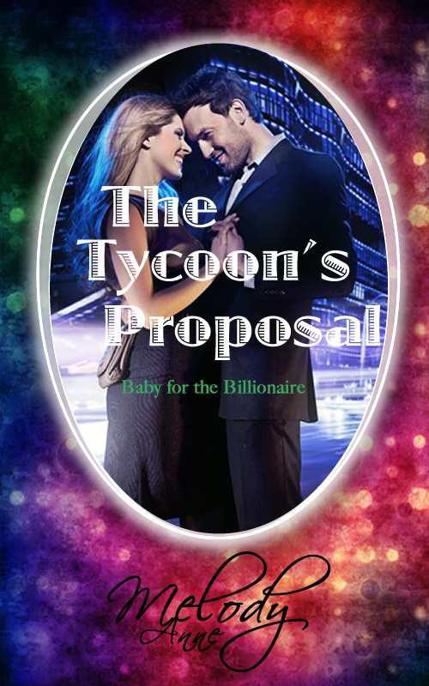 “
Take them off,” he said in a deadly calm voice.

“Not on your life,” she spat back but her words were bellied by the breathless quality to her voice.

He walked up to her and yanked the shirt off, then tossed her on the bed, which caused her to gasp. He pulled her jeans off next, leaving her in nothing but her bra and panties. She was incredibly grateful she was wearing one of the pairs the girls had made her get or she was sure he would’ve ripped those off as well.

She was breathing heavily, as his eyes raked over her exposed skin. Catching her by surprise, he stooped down and grabbed the clothes he’d taken off her, then walked out of the room. It took her a few moments before the shock wore off and then she went in search of something to cover herself. She couldn’t go chasing him through the house in nothing but her underclothes.

By the time she got a robe on and followed him down the stairs, she couldn’t find him anywhere. Suddenly a smell hit her and she gasped again. He wouldn’t dare, she thought, as she made a dash towards the back yard. Her eyes widened in shock and fury, as she saw what he was doing. She came running out the door and he turned and gave her a victorious smile.

He was standing in front of the huge fire pit they used for bonfires and her clothes were going up in flames. She couldn’t believe he would burn her clothes. He must’ve doused them in gasoline first because the flames were huge. There was no chance she could salvage them.

“How dare you burn my clothes,” she yelled, fury making her see red. He then winked at her. She wanted to claw his eyes out. She was so mad, she was beyond reasonable thinking. The staff had seen what was going on and had all scurried away, no one brave enough to come between the two of them in the middle of a fight.

“I do whatever I want to do,” he said in a mocking voice.

“Well you know what? Let’s just add more fuel to the fire,” she shouted. She ripped off her robe and tossed it in the flames.

All rights reserved. Except for use in any review, the reproduction or utilization of this work in whole or in part in any form by any electronic, mechanical or other means, now known or hereafter invented, including xerography, photocopying and recording, or in any information storage or retrieval system, is forbidden without the written permission of the author.

This is a work of fiction. Names, characters, places and incidents are either the product of the author’s imagination or are used fictitiously and any resemblance to actual persons, living or dead, business establishments, events or locales is entirely coincidental.

*The Billionaire Wins the Game

-A new series for the Anderson Family. Joseph’s Twin brother has seen the phenomenal success Joseph had with his sons and asks his brother for help with his own stubborn children.

-A Prince for all Seasons

Ryan Titan looked around at his empty home with satisfaction. He’d watched his two cousins settle down over the last couple of years, going from Seattle’s most eligible bachelors to happily married men and now he was left feeling like he was missing something.

His cousins, Derek and Drew were far more like brothers to him than cousins. They’d been raised next to each other and gone from poverty level to billionaire status together. They’d each done separate things in the business world but were by each another’s sides as they climbed to the top of the world’s richest ranks.

Ryan felt a bit excluded; as he watched his cousins find their true loves, leaving him behind for once. He was always welcome in their homes but now it was different. He was actually filled with envy as he watched them with their families.

There he stood in a new house without furniture. He shook his head as he wandered around the rooms, his steps echoing off the bare walls. He heard a knock at the door and heard it opening.

“I’m coming,” he called back, as he heard the voice of his nephew. Jacob rounded the corner and the breath was pushed out of Ryan’s body, as his thirteen year old nephew hurled himself into his arms.

“This place is great, Uncle Ryan,” Jacob said with enthusiasm. He raced off to check out the home. Ryan was glad he’d bought a place so close to his cousins because Jacob and the rest of his nieces and nephews could come over anytime.

“Nice place Ryan,” Derek said as he joined them.

“I’m lucky to have found a place so close to you and Drew. I already mapped out the backyard and we can make a trail between the properties. Then the kids can ride four-wheelers back and forth. We can make a killer trail for all of us,” Ryan said. He was excited to get started on the project. There would be no need for fences between the properties.

“Great thinking, cousin. You map it all out and I’ll get the people in to forge the trail,” Derek replied.

“Hey, maybe I don’t want to tear up my yard. What if I want to keep you hooligans out,” Drew jumped into the conversation. Both cousins ignored him, knowing he didn’t mean a word of it.

“Where are the ladies?” Ryan asked. He’d expected them to be right behind their husbands.

“They’re taking a spa day today. The young ones are at my house,” Derek answered.

“They’re already spectacular and in no way need to go to the spa,” Ryan told them. Both cousins nodded, as they worshiped their wives. However, they would go to the ends of the earth for them and give them absolutely anything they wanted.

“When are you going to finally settle down?” Derek asked him.

“You know me, I don’t want a lady coming into my life and messing with a good thing,” Ryan said. He had his typical cocky smile on his face but there was no real meaning behind his words. He was thinking being single wasn’t as great as it had once been. As he looked around at his empty home he thought it would be pretty great to share it with someone.

He shook off his melancholy mood and showed his cousins around. Unbelievably the home was even larger than his two cousins’ homes. He hadn’t planned on the huge place but the location is what sold him. He wanted to be near his cousins. The older he was getting, the more he wanted to slow down a bit.

Ryan was a phenomenal architect and remodeled historic homes, which was a hobby for him and not his main career. He’d made his first million in the stock market and his first billion through his many business investments. He had more money than he could ever spend in a lifetime and although he spent a lot of time in the office still, he took off when he wanted too, so he could pursue his love of historic properties.

Ryan called his secretary and gave her free reign on getting his house furnished, then headed towards the back yard with his cousins so they could plan the quad trail. The rest of the day flew by and Ryan forgot all about his troubles.

Nicole Lander parked her car, saying a prayer of thanks it had once again made it home. She was grateful each time she turned the key and the engine decided to turn over and work for another day.

She climbed the broken staircase, careful to not lean against the rusted out railing. She’d made that mistake once and had almost fallen through. The only thing that saved her had been her great reflexes.

She reached her door and inserted the key and spent the next couple of minutes wiggling it around until it finally grasped the mechanisms inside the knob and turned. She rushed inside, quickly relocking the door. She breathed a sigh of relief as she entered the safety of her apartment. She’d seriously be in trouble if someone was ever chasing her because she certainly wouldn’t be able to get inside quickly enough to save herself.

Nicole looked around the worn out studio apartment in disgust. It was scarcely furnished with second hand furniture, which had seen much better days. She tried to make her place as homey as possible but with her very limited budget there wasn’t very much she could do. She opened her refrigerator, only to spot the empty shelves and shut it back up. She was exhausted and only had a few hours to sleep before she had to report to her temporary job.

She was so exhausted she could barely stand on her feet. She was working about twenty hours a day, six days a week, plus a few hours on her seventh day. She couldn’t wait until she found a permanent, full-time job so she could actually have some decent hours. Between her jobs and visiting with her sister in the hospital she knew she looked like a complete wreck.

She fell face first on her bed and wasn’t happy when her telephone woke her up a short hour later. She crawled from the bed to pick it up because she knew it had to be important. “Hello,” she croaked into the phone.

“We’re looking for Nicole Lander,” said the voice on the other end of the line.

“This is Nicole, how can I help you?” she replied, a bit more awake.

“We have prescreened you for a full-time job and think you’d be perfect for the position,” the woman said. Nicole was on instant alert.

“I’d love to hear about it,” she told the woman.

“The position is for a live in housecleaner. You’d be provided room and board, plus a generous salary if you’re interested in coming in for an interview.”

“I’ll be there whenever you need me to be,” Nicole said, without needing to ask any questions. She didn’t care if she was scrubbing toilets all day, as long as she could get out of her current flat. “When do you want me?”

“You need to come into the office and fill out some paperwork. Confidentiality is a must while working for this client. You’ll have to sign papers you understand and won’t speak about what happens in the household. You’ll also be required to submit to a drug test. Your background check is already complete. If you come into the office this afternoon we can interview you. I want to let you know there are a few other people interested.”

“I’ll be down there in a half hour. I have no problem signing whatever you need,” Nicole told her. She hoped she wasn’t sounding too desperate.

“That sounds great, Nicole. I’ll be waiting for you,” she said before disconnecting the call. Nicole thought the client must be one of those wealthy hermits who didn’t like the world to see them. She really didn’t care. Her temp company wouldn’t send her to an unsafe place. Even if her room was tiny it would be better than the studio she currently resided in. She was on the verge of losing the place anyway because her sister’s hospital bills were depleting her bank account.

Even though she hadn’t gotten enough sleep, she was wired with excitement running through her veins. She jumped into the shower and made it to the offices in just under thirty minutes. She walked from the interview confident she’d be selected. By the time she got back home and crawled into bed, sleep overtook her and she felt some peace, which she hadn’t felt in too long.