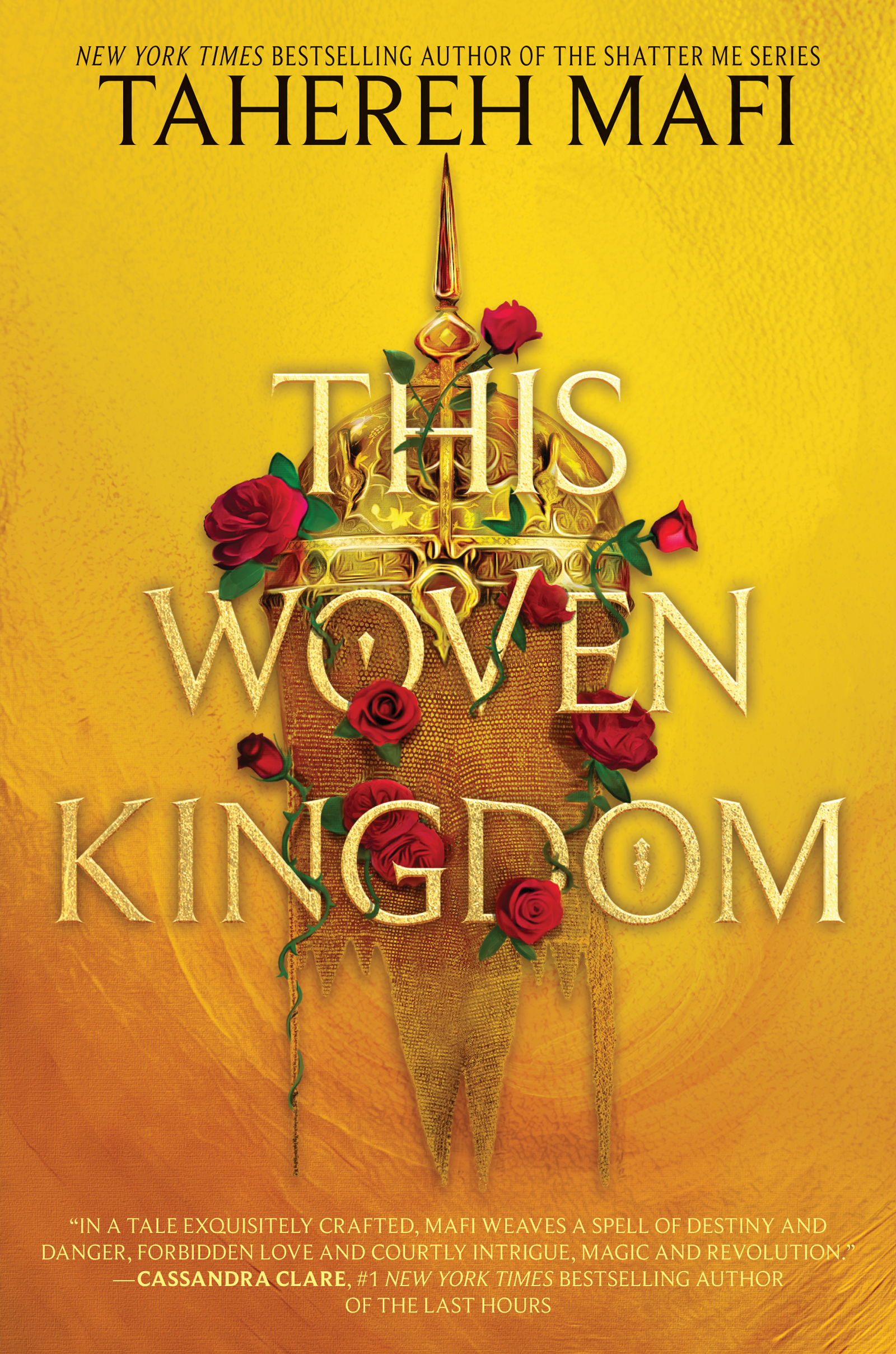 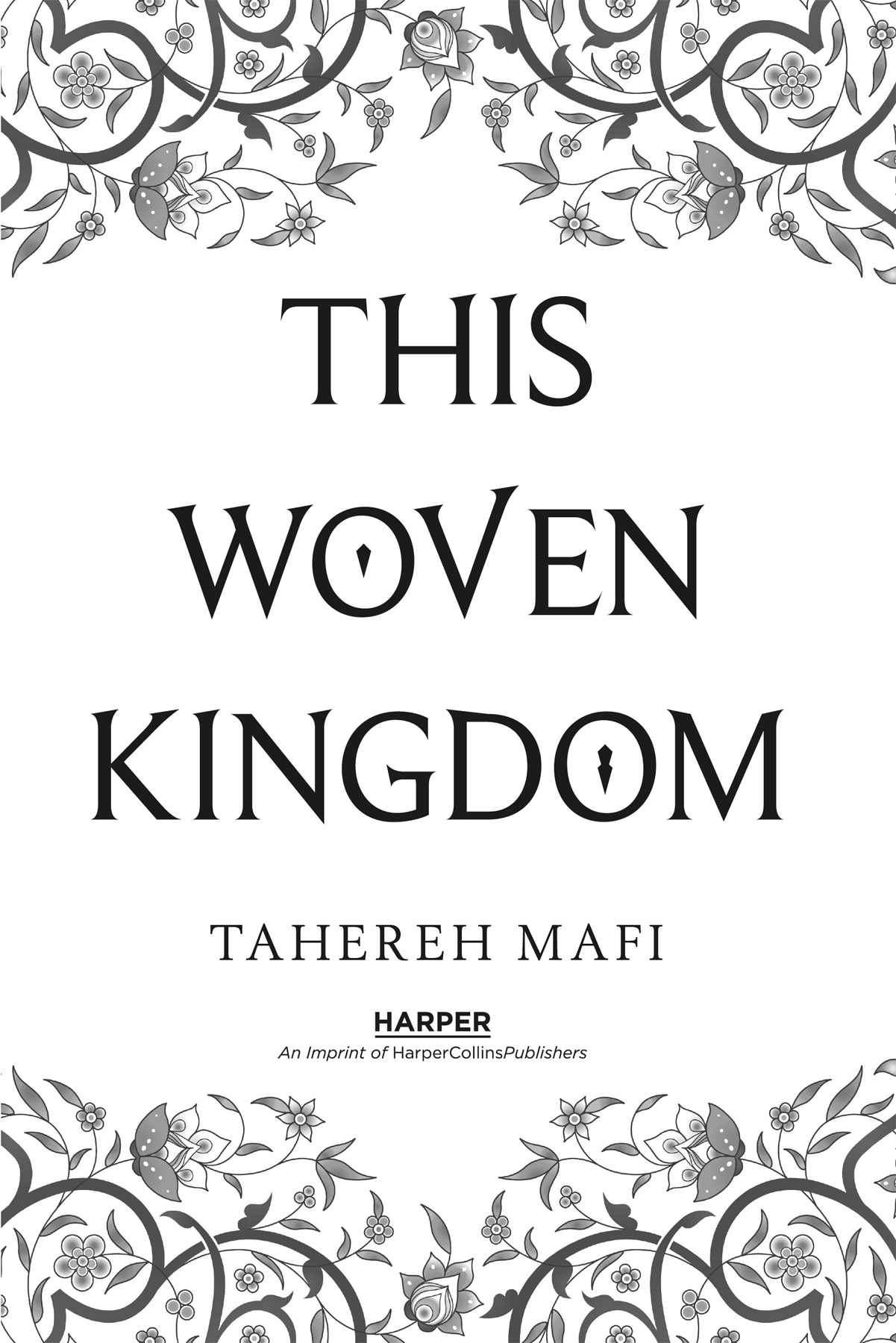 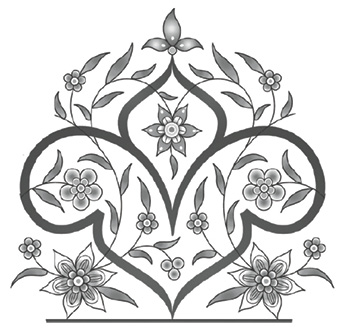 I turn to right and left, in all the earth

I see no signs of justice, sense or worth:

A man does evil deeds, and all his days

are filled with luck and universal praise;

Another's good in all he doesâ He dies

a wretched, broken man whom all despise.

But all this world is like a tale we hearâ

Men's evil, and their glory, disappear. 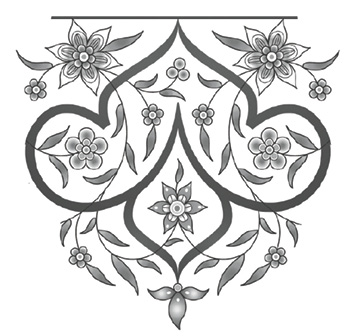 ALIZEH STITCHED IN THE KITCHEN
by the light of star and fire, sitting, as she often did, curled up inside the hearth. Soot stained her skin and skirts in haphazard streaks: smudges along the crest of a cheek, a dusting of yet more darkness above one eye. She didn't seem to notice.

Alizeh was cold. No, she was
freezing
.

She often wished she were a body with hinges, that she might throw open a door in her chest and fill its cavity with coal, then kerosene. Strike a match.

She tugged up her skirts and shifted nearer the fire, careful lest she destroy the garment she still owed the illegitimate daughter of the Lojjan ambassador. The intricate, glittering piece was her only order this month, but Alizeh nursed a secret hope that the gown would conjure clients on its own, for such fashionable commissions were, after all, the direct result of an envy born only in a ballroom, around a dinner table. So long as the kingdom remained at peace, the royal eliteâlegitimate and illegitimate alikeâwould continue to host parties and incur debt, which meant Alizeh might yet find ways to extract coin from their embroidered pockets.

She shivered violently then, nearly missing a stitch, nearly toppling into the fire. As a toddling child Alizeh had once
been so desperately cold she'd crawled onto the searing hearth on purpose. Of course it had never occurred to her that she might be consumed by the blaze; she'd been but a babe following an instinct to seek warmth. Alizeh couldn't have known then the singularity of her affliction, for so rare was the frost that grew inside her body that she stood in stark relief even among her own people, who were thought to be strange indeed.

A miracle, then, that the fire had only disintegrated her clothes and clogged the small house with a smoke that singed her eyes. A subsequent scream, however, signaled to the snug tot that her scheme was at an end. Frustrated by a body that would not warm, she'd wept frigid tears as she was collected from the flames, her mother sustaining terrible burns in the process, the scars of which Alizeh would study for years to come.

“
Her eyes
,” the trembling woman had cried to her husband, who'd come running at the sounds of distress. “See what's happened to her eyesâ They will kill her for thisâ”

Surely she'd been too young to remember the precise words her parents had spoken; no doubt Alizeh's was a memory merely of a story oft-repeated, one so thoroughly worn into her mind she only imagined she could recall her mother's voice.

Soot had stuck in her throat. Her fingers had gone numb. Exhausted, she exhaled her worries into the hearth, the action disturbing to life another flurry of soot.

Alizeh coughed for the second time then, this time so hard she stabbed the stitching needle into her small finger. She absorbed the shock of pain with preternatural calm, carefully dislodging the bit before inspecting the injury.

The puncture was deep.

Slowly, almost one at a time, her fingers closed around the gown still clutched in her hand, the finest silk stanching the trickle of her blood. After a few momentsâduring which she stared blankly up, into the chimney, for the sixteenth time that nightâshe released the gown, cut the thread with her teeth, and tossed the gem-encrusted novelty onto a nearby chair.

Never fear; Alizeh knew her blood would not stain. Still, it was a good excuse to cede defeat, to set aside the gown. She appraised it now, sprawled as it was across the seat. The bodice had collapsed, bowing over the skirt much like a child might slump in a chair. Silk pooled around the wooden legs, beadwork catching the light. A weak breeze rattled a poorly latched window and a single candle blew out, taking with it the remaining composure of the commission. The gown slid farther down the chair, one heavy sleeve releasing itself with a hush, its glittering cuff grazing the sooty floor.

This gown, like all the others, was far from beautiful. She thought the design trite, the construction only passably good. She dreamed of unleashing her mind, of freeing her hands to create without hesitationâbut the roar of Alizeh's imagination was quieted, always, by an unfortunate need for self-preservation.

It was only during her grandmother's lifetime that the Fire Accords had been established, unprecedented peace agreements that allowed Jinn and humans to mix freely for the first time in nearly a millennia. Though superficially identical, Jinn bodies had been forged from the essence of fire, imbuing in them certain physical advantages; while humans, whose beginnings were established in dirt and water, had long been labeled
Clay
. Jinn had conceded to the establishment of the Accords with a variegated relief, for the two races had been locked in bloodshed for eons, and though the enmity between them remained unresolved, all had tired of death.

The streets had been gilded with liquid sun to usher in the era of this tenuous peacetime, the empire's flag and coin reimagined in triumph. Every royal article was stamped with the maxim of a new age:

Equality, as it turned out, had meant Jinn were to lower themselves to the weakness of humans, denying at all times the inherent powers of their race, the speed and strength and elective evanescence born unto their bodies. They were to cease at once what the king had declared “such supernatural operations” or face certain death, and Clay, who had exposed themselves as an insecure sort of creature, were only too willing to cry cheat no matter the context. Alizeh could still hear the screams, the riots in the streetsâ

She stared now at the mediocre gown.

Always she struggled not to design an article too exquisite, for extraordinary work came under harsher scrutiny, and was only too quickly denounced as the result of a preternatural trick.

Only once, having grown increasingly desperate to earn a decent living, had Alizeh thought to impress a customer not with style, but with craftsmanship. Not only was the quality of her work many orders of magnitude higher than that of the local modiste, but Alizeh could fashion an elegant morning gown in a quarter of the time, and had been willing to charge half as much.

The oversight had sent her to the gallows.

It had not been the happy customer, but the rival dressmaker who'd reported Alizeh to the magistrates. Miracle of miracles, she'd managed to evade their attempt to drag her away in the night, and fled the familiar countryside of her childhood for the anonymity of the city, hoping to be lost among the masses.

Would that she might slough off the burdens she carried with her always, but Alizeh knew an abundance of reasons to keep to the shadows, chief among them the reminder that her parents had forfeited their lives in the interest of her quiet survival, and to comport herself carelessly now would be to dishonor their efforts.

No, Alizeh had learned the hard way to relinquish her commissions long before she grew to love them.

She stood and a cloud of soot stood with her, billowing
around her skirts. She'd need to clean the kitchen hearth before Mrs. Amina came down in the morning or she'd likely be out on the street again. Despite her best efforts, Alizeh had been turned out onto the street more times than she could count. She'd always supposed it took little encouragement to dispose of that which was already seen as disposable, but these thoughts had done little to calm her.

Alizeh collected a broom, flinching a little as the fire died. It was late; very late. The steady
tick tick
of the clock wound something in her heart, made her anxious. Alizeh had a natural aversion to the dark, a rooted fear she could not fully articulate. She'd have rather worked a needle and thread by the light of the sun, but she spent her days doing the work that really mattered: scrubbing the rooms and latrines of Baz House, the grand estate of Her Grace, the Duchess Jamilah of Fetrous.

Alizeh had never met the duchess, only seen the glittering older woman from afar. Alizeh's meetings were with Mrs. Amina, the housekeeper, who'd hired Alizeh on a trial basis only, as she'd arrived with no references. As a result, Alizeh was not yet permitted to interact with the other servants, nor was she allotted a proper room in the servants' wing. Instead, she'd been given a rotting closet in the attic, wherein she'd discovered a cot, its moth-eaten mattress, and half a candle.

Alizeh had lain awake in her narrow bed that first night, so overcome she could hardly breathe. She minded neither the rotting attic nor its moth-eaten mattress, for Alizeh knew herself to be in possession of great fortune. That any grand
house was willing to employ a Jinn was shocking enough, but that she'd been given a roomâa respite from the winter streetsâ

True, Alizeh had found stretches of work since her parents' deaths, and often she'd been granted leave to sleep indoors, or in the hayloft; but never had she been given a space of her own. This was the first time in years she had privacy, a door she might close; and Alizeh had felt so thoroughly saturated with happiness she feared she might sink through the floor. Her body shook as she stared up at the wooden beams that night, at the thicket of cobwebs that crowded her head. A large spider had unspooled a length of thread, lowering itself to look her in the eye, and Alizeh had only smiled, clutching a skin of water to her chest.

The water had been her single request.

“A skin of water?” Mrs. Amina had frowned at her, frowned as if she'd asked to eat the woman's child. “You can fetch your own water, girl.”

“Forgive me, I would,” Alizeh had said, eyes on her shoes, on the torn leather around the toe she'd not yet mended. “But I'm still new to the city, and I've found it difficult to access fresh water so far from home. There's no reliable cistern nearby, and I cannot yet afford the glass water in the marketâ”

Alizeh went silent, heat rising up her neck. She did not know why the woman laughed at her.

Alizeh looked up without meaning to, registering the
familiar, fearful gasp before she'd even locked eyes with the woman. Mrs. Amina stepped back, lost her smile.

“Then you must try to forget.”

Alizeh started. “I beg your pardon?”

“Don't be daft.” Mrs. Amina's eyes narrowed. “No one wants a servant who can read. You ruin your own prospects with that tongue. Where did you say you were from?”

She couldn't tell whether this woman was being cruel or kind. It was the first time anyone had suggested her intelligence might present a problem to the position, and Alizeh wondered then whether it wasn't true: perhaps it
had
been her head, too full as it was, that kept landing her in the street. Perhaps, if she was careful, she might finally manage to keep a position for longer than a few weeks. No doubt she could feign stupidity in exchange for safety.