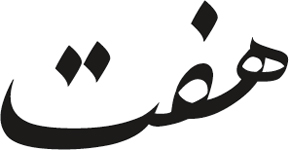 KAMRAN HAD ONLY JUST ENTERED
the antechamber leading to his grandfather's rooms when he felt it: a breath of movement. There was a glimmer of unnaturally refracted light along the walls, a hint of perfume in the air. Kamran purposely slowed his stride, for he knew his predator would not resist such an easy mark.

A flutter of skirts.

Not a moment too soon, Kamran had clamped a hand over his assailant's fist, her fingers clenched around the hilt of a ruby dagger, which she held happily at his throat.

“I tire of this game, Mother.”

She twisted out of reach and laughed, her dark eyes gleaming. “Oh, darling, I never do.”

Kamran watched his mother with an impassive expression; she was so covered in jewels she glittered even standing still. “You find it diverting,” he said, “to play at murdering your own child?”

She laughed again and spun around him, velvet skirts shimmering. Her Royal Highness Firuzeh, the princess of Ardunia, was empyreal in her beautyâbut then, this was not such an extraordinary accomplishment for a princess. Loveliness was to be expected of any royal who aspired to
the throne, and it was no secret that Firuzeh resented the untimely death of her husband, who seven years ago had lost his head in a senseless battle and had left her forever a princess, never a queen.

“I am tragically
bored
,” she said. “And as my child pays so little attention to me, I am forced to be creative.”

Kamran was freshly bathed, his clothes pressed and scented, but he wanted desperately to be back in his military uniform. He'd always disliked his formal clothes for their impracticality, their frivolousness. He resisted the urge now to scratch his neck, where the stiff collar of his tunic scraped against his throat. “No doubt there are innumerable other ways,” he said to his mother, “to inspire my attention.”

“Tedious other ways,” she said tersely. “Besides, I should not have to inspire your interest. I did enough work growing you inside my own body. I am owed, at the very least, a modicum of devotion.”

Firuzeh slapped Kamran's hand away from his neck. “Do cease scratching yourself like a dog, my love.”

It did not matter how many men he'd killed, his mother would forever treat him like a child. “You would blame me for my discomfort when the collar of this ridiculous costume clearly seeks the decapitation of its wearer? Pray can we not, in all the empire, find someone to stitch together two pieces of reasonable clothing?”

She said, “It is a dangerous thing to keep an intelligent woman from performing a single practical task,” and slipped her arm through her son's, forcing them to walk together toward the king's main chamber. “I am not to blame for my fits of creativity.”

Kamran stopped, surprised, and turned to his mother. “Do you mean to say you have a desire to work?”

Firuzeh made a face. “Don't be intentionally stupid. You know what I mean.”

Kamran had once thought there could never in all the world exist his mother's equal, not in beauty or elegance, not in grace or intelligence. He'd not known then how critical it was to also possess a heart. “No,” he said. “I'm afraid I haven't the slightest idea.”

Firuzeh sighed theatrically, waving him away as they entered the king's reception chamber. Kamran had not known his mother would be joining them for this meeting. He suspected that, more than anything else, she'd come along merely for another look at the king's rooms, as his were her favorite in the palace, and seldom was anyone invited inside.

His grandfather's rooms were designed entirely with mirrors; with what seemed an incalculable number of these small, reflective tiles. Every inch of the interior space, high and low, glittered with arrangements of star-like patterns, all interwoven into a series of larger geometric shapes. The soaring domed ceilings glimmered from high above, a mirage of infinity that seemed to reach the heavens. Two large windows
were thrown open to grant entrÃ©e to the sun: sharp shafts of light penetrated the room, further illuminating constellation after constellation of shattered glow. Even the floors were covered in mirrored tiles, though the delicate work was protected by a series of rich, intricately woven rugs.

The overall effect was ethereal; Kamran imagined it was not unlike standing in the belly of a star. The room itself was sublime, but the effect it had on its occupants was perhaps the greater accomplishment. A visitor stepped into this room and felt at once exalted, transported to the heavens. Even Kamran was not immune to its effects.

His mother, however, grew mournful.

“Oh, my dear,” she said, spinning around the room, a hand clasped to her chest. “This should've all been mine one day.”

Kamran watched as his mother peered into the nearest wall, admiring herself; she fluttered her fingers, making her jewels sparkle and dance. Kamran always found it a bit disorienting, entering this space. It inspired a feeling of magnificence, yes, but he found the feeling chased always by a feeling of inadequacy. He felt his small footprint in the world never more acutely than when surrounded by true strength, and he never felt this feeling with more precision than when he drew nearer his grandfather.

The prince looked around then for a sign of the man.

Kamran peered through a crack in one of the adjoining doors, the one he knew led to the king's bedchamber, and was weighing the impertinence of searching the bedroom when Firuzeh tugged on his arm.

“Life is so unfair, is it not?” she said, her eyes shining with feeling. “Our dreams so easily shattered?”

She made a noncommittal noise.

Often, Kamran thought he could not leave this palace quickly enough. He did not resent his inheritance to the throne, but neither did he relish it. No, Kamran knew too well the gore that accompanied glory.

He'd never once hoped to be king.

As a child, people spoke to Kamran of his position as if he were blessed, fortunate to be in line for a title that first demanded the deaths of the two people he cared for most in the world. It had always seemed to him a disturbing business, and never more so than the day his father's head had been returned home without its body.

He was expected to show strength even then; only days later he was forced to attend a ceremony declaring him the direct heir to the throne. He was but a child, commanded to stand beside the mutilated remains of his father and show no pain, no fearâonly fury. It was the day his grandfather gave him his first sword, the day his life changed forever. It was the day a boy was forced to leap, unformed, into the body of a man.

Kamran closed his eyes, felt the press of a cold blade against his cheek.

“Lost in your head, darling?”

He looked at his mother, irritated not merely with her,
but with himself. Kamran did not know the precise shape of the discomfort that addled him; he could not fathom an explanation for his disordered thoughts. He only knew he felt every day a creeping dread, and worse: he feared such uncertainty of mind would only exacerbate matters, for these lost moments, Kamran knew, could cost him his life. His mother had proven that just now.

She seemed to read his mind.

“Don't worry. It's decorative, mostly.” Firuzeh stepped back, tapping the glimmering ruby blade with the tip of a perfectly rounded fingernail. She tucked the weapon into her robes. “But I
am
quite angry with you today, and we must speak about it quickly.”

“Because your grandfather has things he wishes to say to you, but I mean to say my things first.”

“Well, certainly we must discuss this servant girl you have sâ”

“There you are,” boomed a voice just behind them, and Kamran spun around to see the king approach, transcendent in vibrant shades of green.

“Come, come.” The king motioned with one hand. “Let me look at you.”

The king took Kamran's hands and held them, his warm eyes appraising the prince with an undisguised curiosity. Kamran understood that he would be reprimanded for his
actions today, but he also knew he would bear the repercussions with dignity. There was no one alive he respected more than his grandfather, and Kamran would honor the king's wishes, whatever they were.

King Zaal was a living legend.

His grandfatherâhis father's fatherâhad overcome all manner of tribulations. When Zaal was born, his mother had thought she'd given birth to an old man, for the baby's hair was already white, his eyelashes white, his skin so pale it was nearly translucent. Despite the protests of the Diviners, the child had been declared cursed, and his horrified father refused to own him. The wretched king ripped the newborn child from his mother's arms and carried him to the peak of the highest mountain, where the infant was left to die.

Zaal's salvation came in the form of a majestic bird that discovered the crying infant and carried it away, raising it as one of its own. Zaal's eventual return to claim his rightful place as heir and king was one of the greatest stories of their time, and his long reign over Ardunia had been just and merciful. Of his many achievements, Zaal was the only Ardunian king who'd seen fit to put an end to the violence between Jinn and Clay; it was by his order that the controversial Fire Accords had been established. Ardunia was, as a result, one of the only empires living in peace with Jinn, and for that alone Kamran knew his grandfather would not be forgotten.

Finally, the king drew away from his grandson.

“Your choices today were exceedingly curious,” Zaal said as he seated himself on his mirrored throne, the sole piece
of furniture in the room. Kamran and his mother did what was expected and folded themselves onto the floor cushions before him. “Do you not agree?”

Kamran did not immediately respond.

“I think we can all agree that the prince's behavior was both hasty and unbecoming,” his mother interjected. “He must make amends.”

“Indeed?” Zaal turned his clear brown eyes on his daughter-in-law. “What kind of amends do you recommend, my dear?”

Firuzeh faltered. “I cannot think of any at present, Your Majesty, but I am certain we shall think of something.”

Zaal steepled his hands under his chin, against the carefully trimmed cloud of his beard. To Kamran, he said, “You neither deny nor justify your actions today?”

“And yet, I see that you are not remorseful.”

Zaal turned the full force of his gaze upon his grandson. “You will, of course, tell me why.”