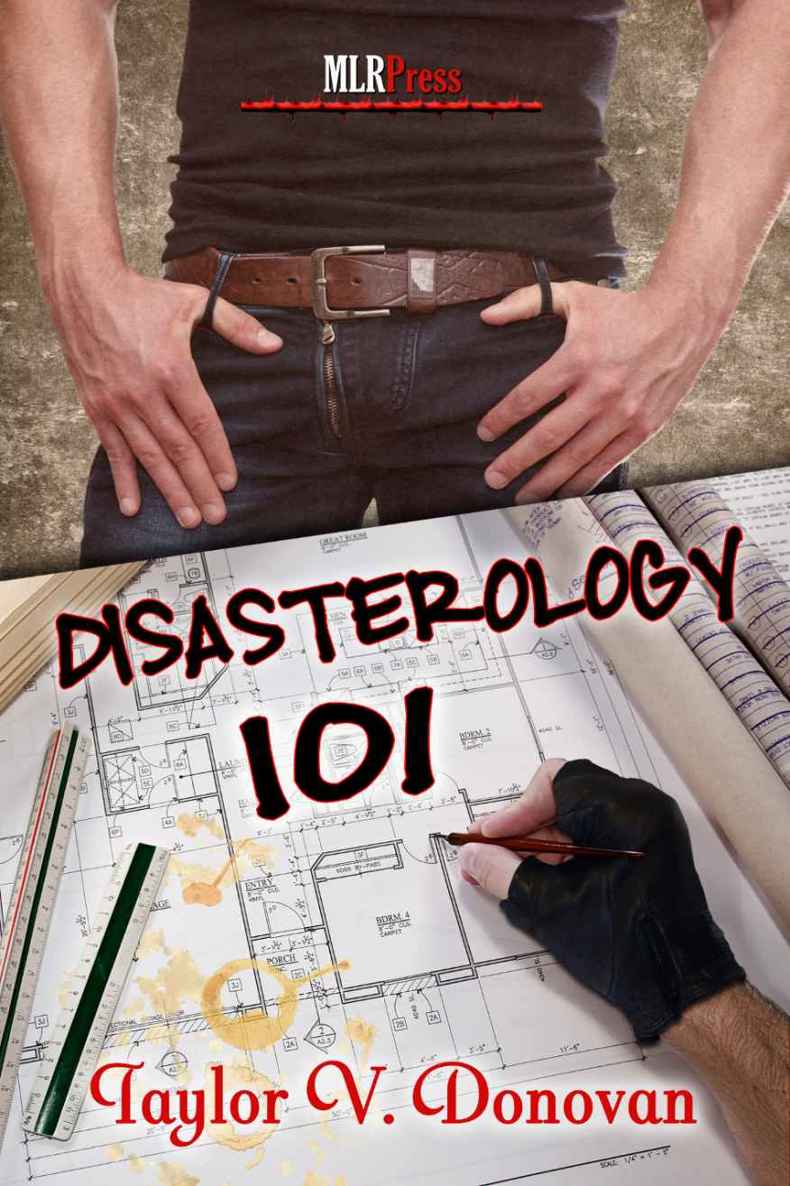 Kevin Morrison had it all. A house he worked hard for, a loving wife, and three beautiful children. But it wasn’t until his marriage ended that he realized what the void he’d felt almost all his life meant. Coming out as a gay man at thirty-six is not an easy feat, but he is determined to be true to his heart. Meeting a man who shares his values, and is good with his children would be a bonus, but when the guy arrives in a uniquely wrapped package, and has very specific handling instructions, Kevin needs to decide if he’s up for that kind of love.

Obsessed with order and symmetry, and a paralyzing fear of germs, Cedric Haughton-Disley has lived with isolation and loneliness as long as he can remember. Desperate to be normal, he makes some much-needed changes in his life. If he can commit to his treatment, he might very well be able to procure some quality of life… even if that’s all he can get, as finding love and having a relationship are only possible in Cedric’s wildest dreams. But when a chance encounter leaves Cedric wishing for more, he decides to take a leap of faith, and pursue the guy he wants.

Together the two men make an unlikely match. Cedric needs organization, and Kevin represents chaos. In order to stay together they both need to compromise, but will they be able to deal with Cedric’s issues and the potential disaster, or let it break them apart?

This book is licensed to the original purchaser only. Duplication or distribution via any means is illegal and a violation of International Copyright Law, subject to criminal prosecution and upon conviction, fines and/or imprisonment. This eBook cannot be legally loaned or given to others. No part of this eBook can be shared or reproduced without the express permission of the publisher.

To Nikyta J, because you’re my sounding board, and one of my favorite people in the world.

To L.C. Chase, because you’re an amazing friend.

To J squared, because you’re my greatest accomplishment and biggest cheerleaders. Thanks for keeping me going every day.

“Hello,” he answered as he stepped into the office. One look around and he felt a sharp, throbbing pain in his temple. Everything was different from last week. “I see you redecorated.”

“I had it done over the weekend. What do you think?”

As focused as he was on his surroundings, Cedric barely registered Dr. Black’s question and the soft click of the door closing behind him.

He took a deep breath and tried not to let the new, bulky, earth-toned furniture, and the trinkets someone had placed on every surface without any regard for order and exactness get to him. “It’s fine,” he mumbled. “Functional and soothing.”

Not really.
But he bit on his lip and didn’t say anything.

He eyed the couch that was placed too far back from the coffee table, the bookcases that weren’t aligned in proportion to the floor plan, and the desk that was too close to the wall.

He fisted his hands and gulped.

“I like the chaise lounge sofa.” That much was true. The sofa seemed comfortable and inviting. It had lots of throw pillows he could either hide behind or play with, and it was blue. Cedric loved all shades of blue.

The crystal landmarks collection Dr. Black had on the coffee table caught Cedric’s attention. The White House, the Empire State Building, the Cristo Redentor, the World Trade Center, Big Ben, the Taj Mahal, the Arc de Triomphe, the Great Pyramids and Sphinx… all extremely pretty, and all out of position.

Cedric leaned forward and moved the Tower of Pisa. And then he moved the Clock Tower of Kremlin and the Windmills of Holland. They needed to be arranged just right, or he wouldn’t be able to concentrate on anything else. “Why did you decide to change things around in here?”

“I’d been looking at the same decor for two years,” Dr. Black said.

The Eiffel Tower was too close to the Statue of Liberty. Cedric lined them up three inches from the edge of the table, which was how they had to be.

He glanced around the office and decided to fix the furniture as soon as he was done with the crystal landmarks. The books had to be next, then the papers on top of the desk.

“Got a little tired of it.”

“I got tired of looking at the old decorations.”

“I liked the black leather couch.” He went to move the St. Louis Arch, but Dr. Black stopped him by placing his hand on Cedric’s arm. “A little contrived, but it did the job,” he finished saying.

“How are you doing as far as controlling your urges?”

“Not too bad.” Still, his fingers wouldn’t stop itching, and his mind demanded he fix the mess around him. “Not too good,” he mumbled, pushing the St. Louis Arch.

It was a herculean effort, but he managed to step back from the table. “Thanks.”

“How are you doing today?” Dr. Black’s voice was as gentle as it was firm. Cedric knew from experience he wouldn’t let him move one more thing.

“I’m fine, thank you.” Cedric sat on the blue sofa and slid his itchy gloved hands over the velvety upholstery. As usual, he couldn’t feel anything. “And you?”

“I can’t complain, but we’re not here to talk about me.” Dr. Black smiled and sat across from him. “How was your week?”

Down to business it is.

They were there to talk some more about his issues, and whatever progress he’d managed to make…or not.

Cedric grabbed a throw pillow and lay down on the chaise lounge, more than familiar with the routine, but resistant to starting it.

“The week was fine,” he said, knowing he needed to give his doctor something. He hugged the pillow, crossed his legs at the ankles and tried to not think about the crystal landmarks on the coffee table. Or the books. Or the furniture. “Earlier today I signed the contract to teach another class.”

“Yes… The students drive me mental sometimes, but I can handle it,” he said with a smile. Unlike the other psychologists he’d seen before, Dr. Black didn’t shy away from showing his pleasure at his patients’ achievements. It encouraged Cedric to share more. “I’ve also been getting my own tea every day from this place near the office.” He felt his smile grow bigger. Going to a coffee shop and ordering a beverage was not a big deal for most people, but a bloody huge accomplishment for a germaphobe who couldn’t stand being around many people. “I even sit there every day while I drink it.”

“I’m very happy to hear that.”

Dr. Black didn’t say another word. That wasn’t unusual. He always gave Cedric the opportunity to approach things on his own terms, but if he didn’t, the good doctor would force the subject.

“Have you talked to anyone at the coffee shop?”

Here we go.
“No.” Cedric gripped the pillow and avoided looking at his doctor. “I’ve been thinking about getting another piercing,” he said after a few minutes.

He knew what that noncommittal sound meant. Dr. Black hadn’t forgotten the issues they’d discussed during their last session, and Cedric shouldn’t expect to be let off the hook. He knew better than to think he wouldn’t have to talk about certain things, but he could avoid them for a little longer.

“My nose… or maybe my nipple,” he continued. “I haven’t decided if I’d like a stud, a hoop or a little diamond. What do you think?”

“I think your other piercings are enough proof of the control you’ve gained over your mind and body in the past year, Cedric,” Dr. Black said softly. “You might consider pushing your limits by trying something else now.”

“Like dating?” he asked, and damn if he didn’t feel like vomiting. “I’ve told you. That didn’t work out the one time I tried it.”

“You were eighteen years old at the time,” Dr. Black reminded him. “And you weren’t in therapy.”

“I
know
that,” Cedric growled, “but what if I haven’t changed? What if not freaking out constantly in front of people is as good as it gets? What if I approach a bloke and get invested, only to have him walk out on me the first time we go to bed together?” He put the pillow between his legs and nearly squeezed the stuffing out of it. “What if I don’t want to go to bed with him? What if, no matter what he does, I feel totally disgusted by him?”