Page forward and see how The McRae Series began

with an excerpt from 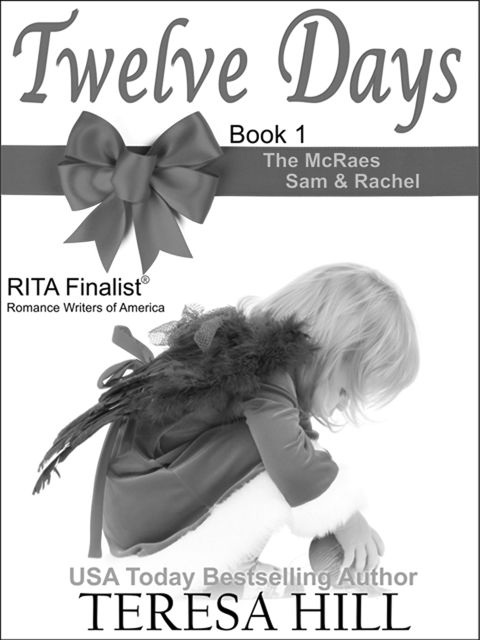 Sam got upstairs first to clear his things out of the spare bedroom, which they'd need for the three foster children who'd arrived earlier that day.

He was still trying to decide where to put his own things when Rachel came into the hall and caught him standing there with a handful of clothes. Her cheeks flushed, whether with anger or embarrassment, he couldn't tell, and the look she gave him made him feel like a thief, like he'd stolen something from her, something personal and very important, by walking away without a word from the bed they'd always shared. This after nights of making sure he was gone from the house before she woke up in the mornings and didn't go to bed at night until she was already asleep. So they didn't have to say anything about the fact that he slept somewhere else.

She nodded, keeping her head down, not letting him see anything else that might be in her eyes right now. He understood. He didn't want to have to look Rachel in the eye and talk to her about where he'd be sleeping now or maybe about why he'd started sleeping somewhere else in the first place.

He didn't even want to think about it now. It made him remember how alone he was, even in the same house with his wife. Right now, he felt more alone than ever. Watching her with the children tonight, he couldn't help but think that this was the way things should have been, the way things would never be for him and Rachel.

Instead, he felt like a stranger here, as if he were on the fringes of something he wanted desperately, staring at it from the outside looking in, knowing he'd never have it, the way he'd felt most of his life. But never with Rachel. It was only with her that he'd ever imagined he might belong anywhere.

But not anymore, Sam reminded himself. He slipped downstairs and went back outside to his workshop, then made himself wait until after ten o'clock to go back inside.

There, he found Rachel sitting in the rocker, the Christmas garland that had been around her neck now draped across the back of the chair, the baby in her arms.

"Is the baby okay?" he asked, sitting down on the sofa across the room from her.

"Probably just unsettled by being in a new place," Rachel said, not looking at him, either, her attention focused fully on the baby. "She fussed a bit after Emma put her down, so I brought her down here and rocked her. She went right to sleep, and then... Well, it's not exactly a hardship to hold her."

Grace had caught the tip of Rachel's finger in one tiny fist, holding on tightly, and Rachel was running her thumb over the baby's tiny hand, mesmerized, lost. Sam looked at the garland Zach had given her earlier. He remembered the way she looked, all sparkly and glittery, her hair glowing golden as well. She'd laughed, and he'd been startled by the sound. He didn't remember the last time he heard Rachel laugh, and he missed it. He missed so many things about her.

Sam couldn't help but think of how perfect she looked sitting in her great-grandmother's rocking chair with a baby in her arms.

"I know it's silly," she said, "but today, when Miriam came... It was just like in my dream. The baby dream. I was sitting here all alone, and the doorbell rang, and she walked up to me and handed me Grace. I'd given up on anything like that ever happening."

Because of Sam. He knew it.

They couldn't have any more children. They'd tried adoption twice, only to get their hopes dashed both times, and then they'd gotten Will, which had also turned out bad. Now they had more children, who weren't staying, either.

"Rachel, she's not yours to keep."

"I know." She nuzzled her face against the baby's cheek. "I was just saying... it was so like my dream. I'd given up, totally. I couldn't even hope anymore, because it was too hard. It hurt too much. But I think I was wrong, Sam. How can I just stop hoping?"

He wondered what his wife hoped for these days, but he didn't ask. All he said was, "Just don't forget this baby isn't yours."

"We can do that, I guess." He didn't like it, but he'd do it for her. Because she'd asked this of him and it was one thing within his power to give. And then, with his throat thick and tight with regrets stored up over the years, he said, "I never meant for it to turn out this way, Rachel."

Still, Sam wondered if she missed him, at nights like this when it was just the two of them talking and in their bed. She'd never said a word about him sleeping somewhere else, never asked him to come back, and suddenly it seemed as if it had been forever since he'd touched her.

He didn't want to think that he might never do that again, might never have the right. What would she do if he turned to her now? he wondered. If he took her in his arms and buried himself in the familiar comfort of her warm, soft body?

Sam groaned. He still wanted her, and it had been so long.

All those nights, he thought, he could have been with her.

Continue your journey with an excerpt from 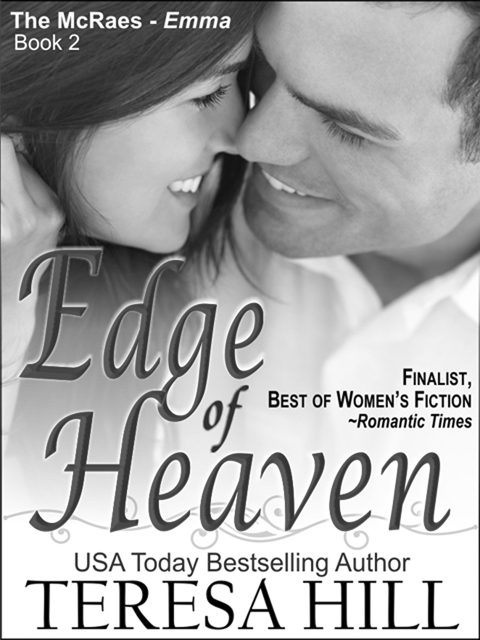