There was a short, awkward silence before Steve conceded. "Please, join us."

Moving through the crowded restaurant, Zach caught her by the arm. She stared down at his hand, surprised at Zach the man touching her, at the little tingling energy she felt between them. It gave him the time to draw her back from the rest of the group and whisper, "Got rid of the family again, huh, Julie?"

He knew well that she'd spent most of her high school years claiming to be an orphan or the sole child of a father who was off building a bridge in South America and hadn't been seen in years.

"Wouldn't you, if they were yours?" she asked.

"Of course not," she admitted more sharply than she intended with her nerves getting to her, as they wove their way through the myriad tables and chairs. "You're perfect, and you have a perfect life."

He caught her arm again and stopped her right there in the middle of the restaurant. Quietly, he said, "You know that's not true."

Yes, she supposed she did. It was something she'd forgotten so many times over the years, because he certainly seemed like a man who'd had everything. But that wasn't the case.

She hadn't believed the story the first time she'd heard it whispered about the neighborhood. About Zach and his two sisters found abandoned in a motel on the edge of town at Christmastime one year. His mother found weeks later in a ditch outside of town, where she'd been left for dead. Not long after that, she
was
dead, Zach's father in prison for killing her.

It hadn't seemed possible. His adoptive family seemed as close to perfect as any she'd ever known. But she'd asked Grace, who'd confirmed the whole story.

Zach had talked about it once, telling Julie he knew what it was like to be alone and scared. He told her because he knew she felt the same way, and he knew how bad it was, something she'd never wanted anyone to know.

And here he was, seeing through her all over again with those beautiful, dark eyes of his.

In the center of the restaurant, they stood staring at each other, his hand still on her arm. He was so big and broad shouldered now. There was heat coming off his body, the smell of warm, clean male skin and something subtle and enticing that emanated from his freshly shaved jaw. She shook her head, trying to dismiss the flash of awareness. That and the innate kindness of the man was nearly too much to bear.

He didn't let go, but his voice changed, going deep and so familiar it hurt. "Why don't you just tell me what's wrong, Julie."

As if that were all she had to do—pour out her troubles to him, and he'd fix everything. He might be able to. Things that seemed impossible to her were no problem in his capable hands. But then the world just worked for Zach McRae, other than that odd little blip in the first five years of his life.

Maybe she should tell him. Just so he'd know she was okay. Because even after all this time, he probably still cared. He knew her better than almost anyone ever would, and he still cared. 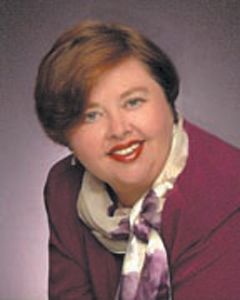 Teresa Hill lives in the shadows of the Blue Ridge Mountains with a patient, very understanding husband, an incredibly logical son and a highly creative daughter. Together, they share their home with two giant, lazy cats who walk across Teresa's laptop keyboard when they think she's written enough for the day and two beautiful, lazy dogs, usually at Teresa's side or under her feet.

Born in Central Kentucky, growing up in a town where the public library was housed in an old church, Teresa came to believe books were sacred things and that being a writer would be the best profession in the world.

Now a three-time Rita nominee and USA Today bestselling author, she has written thirty books of romance and women's fiction, with more than 2 million copies in print, for NAL/Onyx, Silhouette, Harlequin and Steeple Hill.