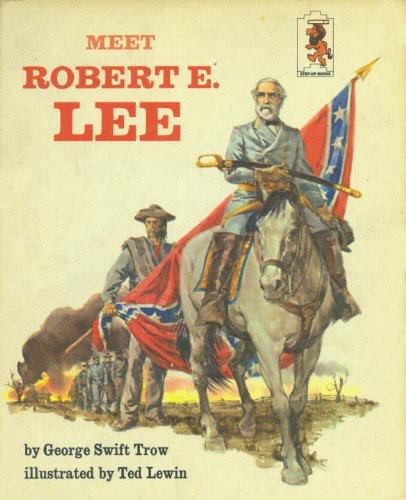 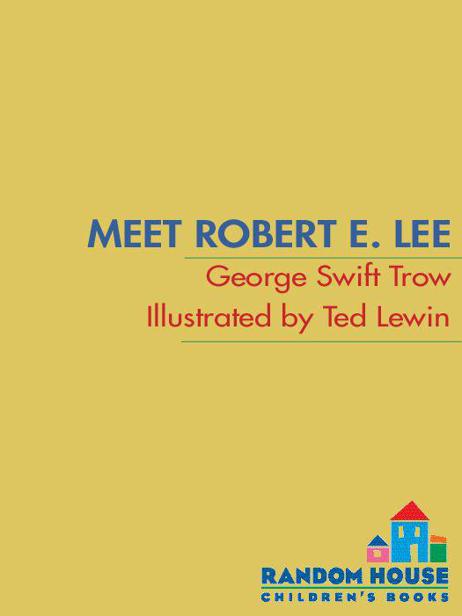 In this exciting series:

• THE WORDS ARE HARDER (but not too hard)

• And the subject matter has been carefully chosen to appeal to young readers who want to find out about the world for themselves. These informative and lively books are just the answer.

Meet ROBERT E. LEE
is the story of a great American leader forced to make a terrible decision. Robert E. Lee the Virginian, son of a Revolutionary hero, served in the U.S. Army as America moved towards Civil War. Loving his country, he hated to see the Union split, but he could not fight against the South. His agonizing decision, his brilliant military leadership, and the fine example he set when the battle was done, are all recounted in this thoroughly researched and richly illustrated book.

GEORGE TROW
was born in Greenwich, Connecticut, and went to Harvard University where he was president of
The Harvard Lampoon
. He has lived in New York City for most of his life, and now writes for
The New Yorker
.

Mr. Trow became interested in Robert E. Lee during a stay in Tidewater Virginia, and pursued the Lee legend in many parts of the state.
Meet Robert E. Lee
is Mr. Trow’s first children’s book.

TED LEWIN
was born in Buffalo, New York. He studied art at Pratt Institute, supporting himself there by wrestling professionally.

Illustrations by Mr. Lewin have appeared in many magazines and books, including the Random House
Look-It-Up Book of Presidents
.

Mr. Lewin is married and lives in Brooklyn, New York. He likes to scuba dive, and keeps a collection of exotic tropical fish. 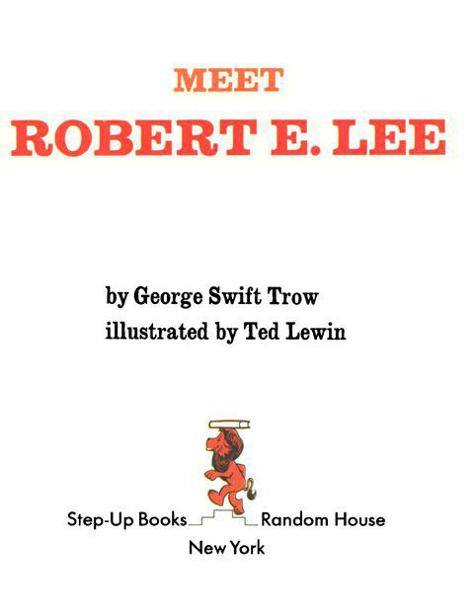 To my mother, Anne Carter Trow 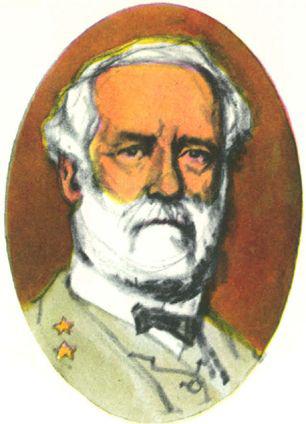 Robert E. Lee was a great general. He was one of the greatest generals in American history. But for four terrible years, General Lee fought against the United States.

Robert E. Lee came from Virginia. His family had lived in Virginia for over 150 years. The first Lees in America had come from England. Virginia was called a colony then. It belonged to England. There were 13 English colonies in America.

But after many years people in the colonies felt they were no longer English. They felt they were Americans. They did not want to be ruled by the English King.

The colonies asked a Virginia soldier to lead their armies. His name was George Washington.

England did not want the 13 colonies to break away. An English army was sent to America.

Robert E. Lee’s father was a great general in the war with England. “Light Horse Harry” Lee became a hero of the American Revolution.

200 English soldiers rode out of the woods into an open field. They shouted and laughed as they rode. Suddenly shots rang out. Englishmen fell from their horses.

Harry Lee won a great battle. He took many prisoners. He brought them to General George Washington. Washington said Light Horse Harry was one of America’s best soldiers.

The war lasted four more years. At last the Americans won. The 13 colonies became a new country, the United States of America. George Washington of Virginia was the first President. And Harry Lee was the first governor of Virginia. 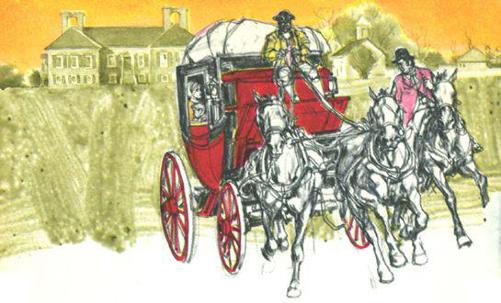 It was a fine summer day 28 years after the Revolution. A battered old coach rolled down a long driveway. Inside was Harry Lee’s wife, Ann Carter Lee. With her were the children, Charles, Smith and Annie.
And on her lap sat her little boy, Robert. He was three years old.