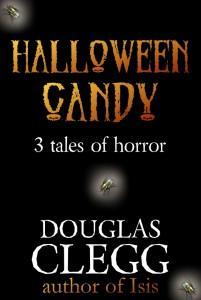 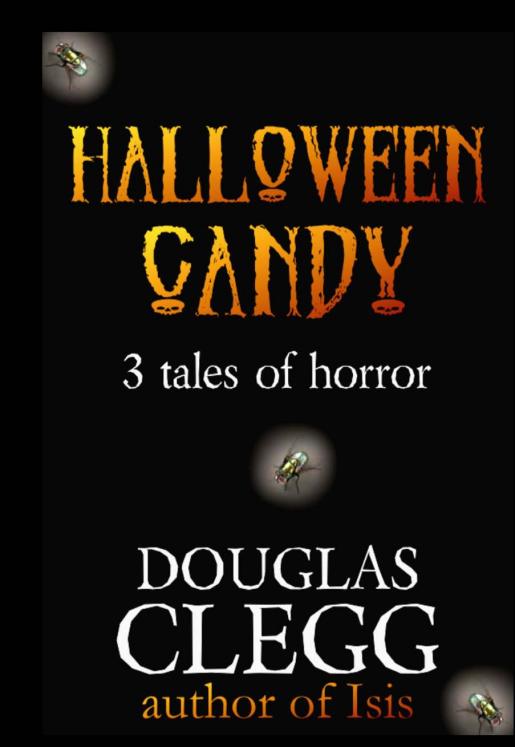 All stories and text in this ebook are copyright 1989-2009 Douglas Clegg. All rights reserved. Illustrations from Isis by Glenn Chadbourne, used here with permission. Cover titling utilizes the Zombified font created by Chad Savage at SinisterVisions.com. Fly design by DeenaWarnerDesign.com

The author grants the reader permission to distribute, re-post and pass around this ebook so long as nothing is altered or changed, and no text or illustration is removed from it.

Here are three stories of the macabre I've written, to be read on an October night, preferably after dark.

I've also included information about
Isis
, my new book that's out in bookstores as of fall 2009. Here is an excerpt, some links, and other information about Isis --a book I do not want you to miss. Thank you,

Find out more about Isis

About the Author & Illustrator

Excerpt from Isis, A Tale of the Supernatural

Where Flies Are Born

The Machinery of Night 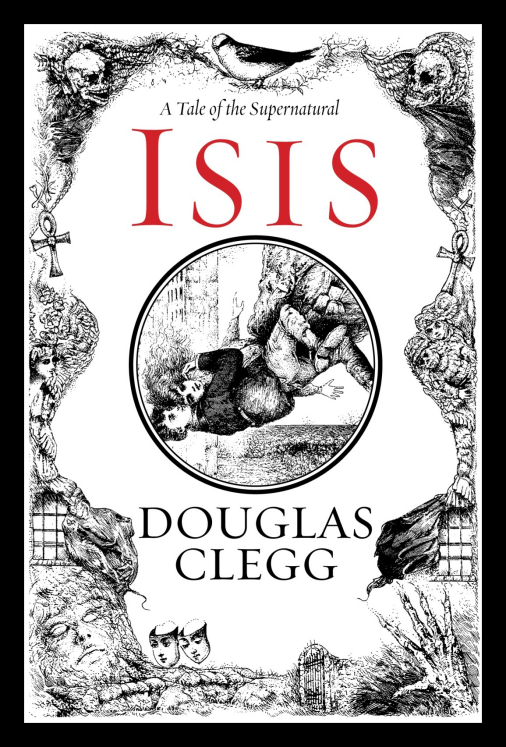 A Supernatural Excerpt from the Book 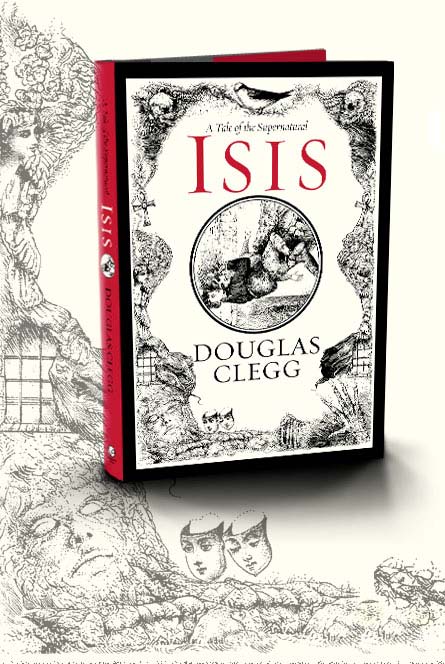 brings u
s
Isis,
a beautifully

novella that is sure

to become a classic

to bring them back

New York Times
bestselling author Douglas Clegg brings us
Isis,
a beautifully illustrated, unforgettable novella that is sure to become a classic tale of the supernatural.

If you lost someone you loved, what would you pay to bring them back from the dead?

Old Marsh, the gardener at Belerion Hall, warned the Villiers girl about the old ruins along the seacliffs. “Never go in, miss. Never say a prayer at its door. If you are angry, do not seek revenge by the Laughing Maiden stone, or at the threshold of the Tombs. There be those who listen for oaths and vows…. What may be said in innocence and ire becomes flesh and blood in such places.”

She was born Iris Catherine Villiers. She became Isis.

From childhood until her sixteenth year, Iris Villiers wandered the stonehedged gardens and the steep cliffs along the coast of Cornwall near her ancestral home. Surrounded by the stern judgments of her grandfather—

the Gray Minister—and the taunts of her cruel governess, Iris finds solace in her beloved older brother who has always protected her. But when a tragic accident occurs from the ledge of an open window, Iris discovers that she possesses the ability to speak to the dead...

Be careful what you wish for.

Douglas Clegg
is the
New York Times
bestselling author of
The Priest of
Blood,
Afterlife
, and
The Hour Before Dark
, among other novels. His short story collection,
The Machinery of Night
, won a Shocker Award, and his first collection,
The Nightmare Chronicles
, won both the Bram Stoker Award and the International Horror Guild Award.

Glenn Chadbourne
is an award-winning editorial cartoonist for
The
Lincoln County News
(Maine) as well as a muralist and painter. In addition to
Isis
, he's illustrated Stephen King's
Secretary of Dreams
and
Colorado Kid
, as well as created the logo character "Doug E Graves" for King's rock 'n roll radio station, WKIT. Chadbourne's creation was featured in the movie
The Mist
. He lives on the coast of Maine. You can find out more at his website at
www.GlennChadbourne.com

Excerpt from Isis by Douglas Clegg

--
1
--“Beware a field hedged with stones,” our gardener, Old Marsh, told me in his smoky voice with its Cornish inflections, as he pointed to the land near the cliff. “See here? The hedge holds in. Will not let out. Things lurk about places like that. Unseen things.”

A house, I suppose, is a stone-hedged field.

The place where the stone-hedges ended, as they grew round our house and the gardens, was an old cave entrance that had been turned into a mausoleum beneath the ground, carved out for centuries for the bones of my ancestors.

The locals called it the Tombs, although it was much more than merely a series of subterranean burial chambers. It had been carved from rock by 9

the local miners for some early Villiers ancestor and had been used just two years before my birth, when my grandmother had died. Her coffin was sealed up in granite and plaster within the Tombs, and there were spaces for other Villiers to come. My mother made me swear that I would never allow her to be buried there. “I don’t like that place,” she told me. “It’s cold and horrible and primitive. Put me in a churchyard with a proper marker. Do you promise me?” Certain that her death was years away, I promised her whatever she asked. I coaxed a smile from her when I demanded that upon my own death, she have the ragman cart me away to the rubbish pile.

What lay below the Tombs had once been a sacred site to the Cornish people, more than a thousand years earlier. It had been a cave, leading down the cliff-side through a series of narrow passages out to sea. It was believed to be an entrance to the Otherworld—the Isle of Apples, it was sometimes called—where a stag-god and a crescent-moon mother goddess ruled.

There had been a legend, once, of a Maiden of Sorrow, who had traveled deep in the earth to the Isle of Apples to find her lover who had died a terrible death in a distant battle. When she had returned, she brought him with her and held his hand as they emerged from the winding caves into the sunlight. But when others saw the couple, they cried out in terror—

for her lover’s eyes were black as pitch, and he had no mouth upon his face, just a seal of flesh as if he had not formed completely upon his journey back to the land of the living. The villagers knew he was not meant to be among them, yet the Maiden would not allow him to return to the earth. The legend went that the Maiden lived with him there at the edge of the sea, but he could not speak, nor did his eyes return to life, nor could anyone look him in the eye, lest they be driven mad from seeing the Otherworld reflected in his glance.

Don't Forget Me by Meg Benjamin
Raven's Rest by Stephen Osborne
Die Like a Dog by Gwen Moffat
Kismet (Beyond the Bedroom Series) by Pittman, Raynesha, Randolph, Brandie
Sweet Song by Terry Persun
Infinity: Based on a True Story by Shanora Williams
The Killer of Pilgrims by Susanna Gregory
Cold Steel by Paul Carson
Around the World in a Bad Mood! by Rene Foss
The Glister by John Burnside