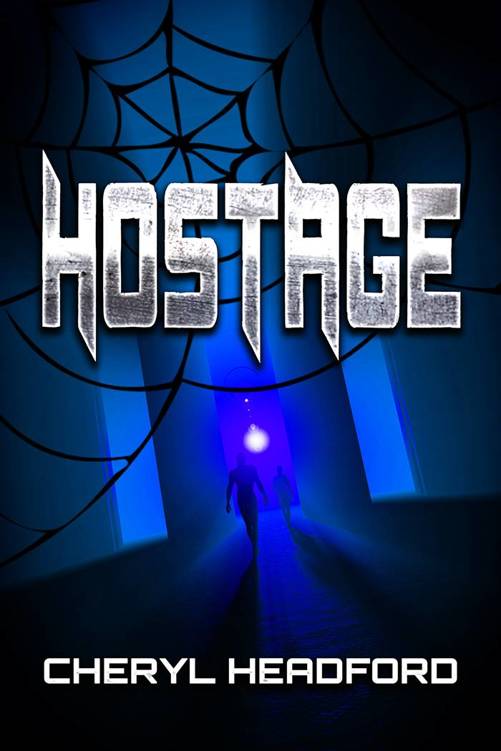 To my friends at GayAuthors.org, without whose encouragement and support I would never have been published at all. I would also like to specifically acknowledge everyone who worked on the book—editors Ananda, Dawn, and Jason, and the proofers, galley designer, and cover artist.

“B
UT
WHY
do I have to do it again? Why can’t Melissa take her turn?”

“Because Melissa has her own tasks to perform.
She
does not complain.”

“You know I do my duty, Uncle Charles, but this… this is too much. I’m sick of nursemaiding that useless piece of crap. I’ve wiped his vomit, cleaned his shit, and—”

“I get the picture, Rowan. You don’t like this particular duty, just as I haven’t liked many of the duties required of me over the years. You are a prince, so duty is your middle name.”

“My middle names are Barrett, Raeden, and Colen. I don’t see anything like ‘duty’ in there.”

“We’ve had this conversation before, Rowan. Nothing has changed. You are Crown Prince of House Gabriel and the Northern Territories. When you come of age, you will become king. It is my duty to ensure firstly that you have a kingdom to inherit—one that is not torn by war—and secondly that you are fit to be king. Carrying out this duty diligently and with grace will help achieve both.”

Rowan rolled his eyes. “And how, precisely, will feeding and cleaning a drooling imbecile help me become a better king?”

“It will help you become a better man. And don’t forget whom you are speaking of. He, too, is a crown prince, and as such, worthy of respect.”

Rowan’s lip curled. “Respect?” he spat out. “The day I respect that… that….” Blazing-hot anger stole his words. He shook his head, grinding his teeth.

“I would never negotiate with them. Astrin and his father are animals—worse than that. I’d spit on both of them if I had the chance.”

“I appreciate you are angry about this, Rowan, but you cannot allow your personal feelings to dictate your actions. As a prince, you do not have that luxury. And as king you certainly won’t.”

“When I am king, I will kill that simpering pretty boy, then lead our armies to the Heart of the West and cut down his father too.”

“Calm yourself, Rowan. That is impossible, and if you would only think about it logically, you would see it for yourself. We are in no position to sustain the war with House Raphael. It has been raging for more than twenty years, depleting our resources, emptying our treasury, and robbing us of many of our strongest men and women—including your parents.”

Growling, Rowan frowned at his uncle. “And that’s precisely why I hate that bitch Astrin and his whole family. They killed my parents.”

“You know that is not the case. His father gave the order to attack the convoy, but it was with a view to do exactly what we have now done to his son—to take them hostage, not to kill them. As for Astrin, he was only two years old.”

“That doesn’t make any difference.”

“Yes, I think it does. You cannot blame the boy for what his parents did. One day he will be king of the Western Kingdoms and you of the Northern Territories. As allies, you will have a sound base for consolidating and ensuring peace in almost three quarters of the entire planet. As enemies, you will eventually tear each other apart and destroy your Houses in the process.

“Even you cannot deny that the peace we have bought with Astrin’s captivity has been of enormous benefit to us. We have already strengthened our borders and withdrawn our casualties to mainstream hospitals. We’ve saved lives, stabilized our economy, and been able to filter some of our resources into social regeneration. Even now it would take a very long time for our empire to recover from the war.

“Your people are suffering, Rowan. Life is grim, especially in the West. Your subjects are crying out to you for help, and the only way you can give it to them is by ending this war and using the resources to shore up the crumbling society the war has created. If you do not end this war, then not only will you lose it… you’ll also lose the faith and support of your own people. At the moment they are looking to you to be their savior. You are the Golden Prince, the Great Hope. If you fail them, they will have nothing to hope for, and they will either turn on you or crumble to dust before your eyes.”

Rowan looked at his feet. “I am not a complete fool, Uncle. I know that times are hard. I know the people are suffering, and I’ve been trying to find ways to help them, but everything is so… tied up. The Council is squabbling amongst themselves, no one will take me seriously, and no one will listen to what I have to say. It’s hopeless.”

“It’s not hopeless, Rowan. The Council is squabbling because it is divided. There are struggles for petty holdings and the scraps of power that fall from the great table. When there is a strong leader, The Council is cohesive because their direction is clear. With such a dramatic change in the air, they are nervous and divided over how best to deal with it. There are many who welcome your ascendency—some because they have faith in you, and others because they had faith in your father. However, others do not have so much faith. They are well aware you’ve been shielded and protected from the reality of what has been going on in your country, so they do not feel you have either the strength or the courage to do what has to be done to bring us to prosperity again.”

“But I do. I do have the strength and the courage.”

“I wonder. What would you be prepared to do for your kingdom, Rowan?”

“Anything. You know that. I would die for Her.”

“And yet you refuse to take care of the one thing that stands between Her and absolute ruin.”

“I….” Rowan’s shoulders slumped. He knew when he was defeated. “All right, you’ve made your point. I still hate him, though.”

“You can feel whatever you wish as long as you act with dignity and respect.”

“I wonder how much dignity and respect his father would have shown my parents if they had lived to fall into his hands.”

“That is something you will never know. The fact remains, whatever House Raphael does is none of your concern. Your duty and your honor lie with House Gabriel, and you would do well to remember that much of that honor has been bought with blood. Our exalted place in this world has come through fine diplomacy skills, as we have neither the strength of House Michael, the resources of House Uriel, nor the skills of House Raphael. Our strengths lie in communication, and it is a lesson you have been learning well—until now.”

Rowan sighed. “I know, Uncle. I’m sorry. I know you’re right. It’s just… I can’t bear to look at him. I hate him for what he—what his father did to my parents. Because of him, I have no memory of them, nothing to hold in my heart except frozen images in old photographs. I understand the need for communication, for diplomacy. I even appreciate the benefits to both Houses in ending this war. I just hate
him
. He’s a spoiled, pretty, insipid, arrogant, effeminate, stuck-up piece of crap, and—”

“That isn’t fair, Rowan. Those are assumption. You don’t know him.”

“And how, may I ask, can you do that? The boy has been unconscious since he’s been in our hands, and you haven’t met him before. How can you possibly make those assumptions when you have never spoken a word to him?”

“I can tell from looking at him.”

“I know. I know.” He sighed. “Very well. I’ll see to him, but I don’t know why I have to do it personally. The nurses in the infirmary would be far better at it and—”

“And it is not fitting work for a crown prince? It is demeaning and menial?” Charles said with a smile.

“What were you saying about Astrin being spoiled and arrogant? Besides, the nurses can’t touch him. As Crown Prince of one of the four Great Houses, his body is inviolate. Should anyone not of royal blood lay a hand on him, it is a treasonable offense, even though he is our hostage. If any such suggestion got back to his father, there would be no further negotiation and the war would wear on until we were both bankrupted by it.”

The Conspiracy Club by Jonathan Kellerman
The Sound of Your Voice, Only Really Far Away by Frances O'Roark Dowell
Nexus 02 - Crux by Ramez Naam
Foreboding Skies (The Skybreaker Saga Book 1) by Connor Taylor
An Italian Wife by Ann Hood
Pn1 by U
Where the Truth Lies by Jessica Warman
The Devil's Reprise by Karina Halle
The Places in Between by Rory Stewart
A Most Shocking Revelation by Kristi Gold