Read Kidnapped by a Warrior Online

Kidnapped by a Warrior 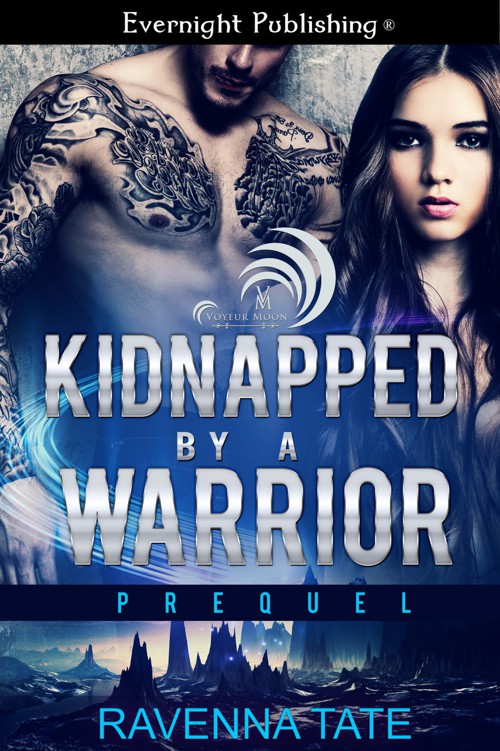 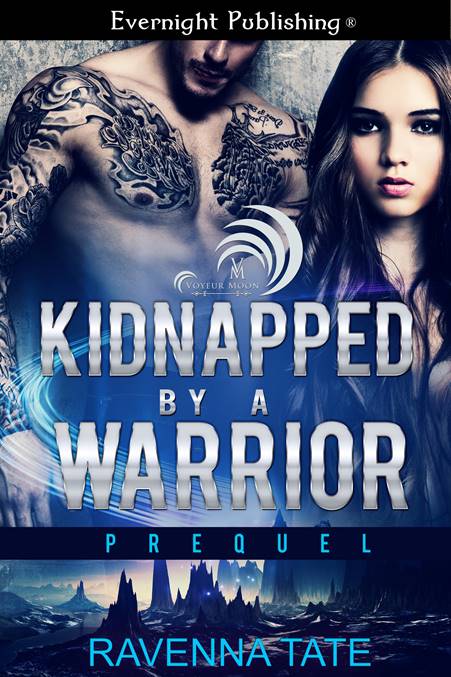 To Aldous
Huxley for Brave New World, and to George Orwell for 1984.
Thank you for the
inspiration.

KIDNAPPED BY A WARRIOR

It
had been six months, seven days, and two hours since the world as Callie
O’Doyle had known it ended. And she was still no closer to finding a decent job
than she’d been before the day of the first invasion, so she could hardly blame
her current state on
them
. They
called themselves the Tyranns, but Callie called them the asshole aliens, like
most people she heard talk about them did.

Her
parents and both sisters had been taken in the first invasion, and the few
friends who were left and hadn’t gone into hiding were too scared to come
outside any more than was
absolutely
necessary. But
Callie still had bills to pay, at least until the water, electricity, and heat
stopped worked in her apartment, so she needed to find a better job.

Everyone
referred to it as the first invasion because it was common knowledge the
Tyranns had landed in other cities around the globe, but according to the news
reports they’d been able to receive before most of the cable and local
television stations went offline, their tiny city had been the site of the
first landing.

She
stood in front of the squat, brick building, debating. This wasn’t her dream
job. But then, there weren’t many of those left so she had to give this her
best shot. It wasn’t like the world had a huge need for art history majors
these days, any more than it had before
they
landed on the planet and changed human life forever. She’d take what she
could get right now, and try to survive.

The
foyer smelled faintly of boiled cabbage, which made her wonder who lived
upstairs. The door to the so-called gallery was open, so she walked in and
glanced around. If the paintings on the walls were real, she was an
eighty-year-old man. Just as Callie was about to turn around and leave, she
heard footsteps from behind a partition.

A
woman Callie guessed was in her fifties but who walked like she was much older
shuffled out, took off her glasses, and smiled, showing a couple of missing
teeth. “Are you Callie O’Doyle?”

Callie
forced a smile to her face and walked toward the women, hand extended. “Yes, I
am.”

“
I’m Lizzy Anderson. Welcome to my place. It’s not
very big, but I’m afraid the space we used to occupy is … no longer there.”

The
woman nodded in the general direction of the street. “Charles Street.”

“
Oh...” Charles Street, in addition to most of the
harbor area, no longer existed. The first invasion had blasted it to
smithereens, along with anyone who had been unfortunate enough to be close to
or inside any of the buildings at the time.

“
It was a beautiful place, but we were new and I’m
afraid I wasn’t able to save any of the works we had acquired, although I did
try that day.”

Callie
glanced again at the bad reproductions on the walls, her heart going out to
this sad woman who was trying to start a business at a time like this.

“
After I got out of the hospital, I found these
pictures in the Walmart across town. You know. The one missing sections of
roofing. They were just lying there. No one wanted them. I know they’re not
real, but do you really think anyone will know that? I mean,
we
know it, but is there anyone left who
will really care?”

Callie
put a hand to her mouth and stared at Lizzy. “You were there that day. It was
your
gallery on Charles Street.”
New Concepts
.
That
had been the name of the gallery, and it hadn’t even opened yet. She’d been
drooling over it ever since she found out it would soon grace their
once-beautiful harbor area, because they had desperately needed a real gallery
in this town.

The
woman’s expression grew cold. “Yes. Yes, I was. But I was one of the lucky
ones. I survived.”

Her
injuries that day explained the missing teeth and the reason she shuffled
instead of walked, but since it didn’t look like she wanted to elaborate on
them, Callie decided to ask for more details another day.

A
sudden wave of nostalgia washed over her, and she desperately needed fresh air.
But it would be rude to simply walk out now, so she closed her eyes for couple
of seconds and took several deep breaths to steady her thoughts. When she
glanced at Lizzy again, the smile was back, along with an expression of hope in
the woman’s eyes.

Callie
smiled in return. “Lizzy, I would love to work here, if you’ll hire me.”

Lizzy
actually clapped her hands. “Oh, that’s wonderful. Is the pay we talked about
on the phone all right? It’s all I can do right now. And if you need a place to
live, this building is empty except for me.”

And
that
explained the boiled cabbage
smell.
“No, but thank you.
I have a place a few
streets over.”

Callie
glanced around at the dust bunnies in the corners and the water stains on the
walls.
“How about right now?”

It
was well past six by the time Callie finished helping Lizzy clean the walls and
the floor. They dusted the fake prints and adjusted several areas of track
lighting so it showed off the paintings better, and then Lizzy invited Callie
upstairs for dinner.

“
I appreciate it. Thank you.”

After
promising to come in around seven the next morning so they could start tackling
the minor repairs that needed to be done, Callie walked along deserted streets
toward her apartment. This time of year, the sun set around eight, so it was
nearing dusk as she made her way home.

She’d
been out walking in the dark since the invasion, but for some reason tonight
the air seemed different. She told herself it was only because she’d met
someone who had survived that day, and had been in the middle of it, but as she
rounded a corner and heard a distant drone, she knew that wasn’t what had her
spooked.

They
weren’t gone. Everyone knew that. They’d left behind drones that circled the
streets and countryside at random intervals, never keeping to one schedule.
Since the defense systems on Earth had been wiped out in the invasions, no one
could track them with any degree of accuracy. All attempts to rebuild a crude
defense network had failed so far, with the satellites gone from orbit. They’d
blasted those apart, too.

There
was an official curfew, but no National Guard troops in their tiny city to
enforce it. Their own local police force was too busy in the outlying farms,
trying to keep what little order was left. But despite the fact Callie was free
to walk around at night, she didn’t want to be followed by a drone since nobody
was sure what it actually meant.

What
were they watching for? What did they intend to do with the information they
collected? The fear of the unknown was as great for those still on the planet
as the horror of that day, six months and seven days ago.

Callie
could see her building now. Several windows were lit, which made her feel
safer. She wasn’t alone in the building, but Lizzy was alone in hers. She
should have taken her up on the offer to move in. What difference did it make
where she lived? Her landlord hadn’t collected rent in three months, and no one
in the building was sure where he was at the moment. Several apartments had
recently been broken into and were occupied by squatters.

The
mechanical noise was louder now. She tried to keep walking at a normal pace,
but the urge to run was strong. Not that it would matter if she did. She’d seen
them fly over her before. But for a reason she couldn’t identify, tonight it
felt ominous, as though she shouldn’t be seen this time. Since she wasn’t one
to have premonitions, the fact she felt this uneasy made her anxiety even
worse.

Callie
focused her thoughts on getting inside her building. There was no reason why
tonight should be any different than the last six months and seven days had been.
The one working radio station in this city hadn’t reported any new
developments. She and Lizzy had listened to it in the background while they’d
worked. Then again, they usually received their news hours or sometimes days
after it actually occurred, so for all she knew, they’d landed again.

Unforsaken by Sophie Littlefield
Hotline to Murder by Alan Cook
A Season of Ruin by Anna Bradley
Gudgekin the Thistle Girl by John Gardner
Power of Three by Diana Wynne Jones
Wanderlust by Roni Loren
Her Temporary Hero (a Once a Marine Series book) (Entangled Indulgence) by Jennifer Apodaca
Search the Seven Hills by Barbara Hambly
Fortune Said: A Valentine Haberdashers Tale by Sue London
Dancing With A Devil by Julie Johnstone