BOOK: Super Human
7.21Mb size Format: txt, pdf, ePub
Read Book Download Book
ads
I’ve got to do
something.
They won’t be expecting me—they’ll have seen the copter leave, so they’ll probably think that they’re facing only Max and the others.
She couldn’t help wishing that she had Max’s powers instead of her own.
A woman’s voice: “Cuff them and drag them inside. The more hostages the better. Have you . . .” A pause. “Tell me that’s not the famous Maxwell Dalton!” The woman laughed. “Oh, this is better than Christmas and the Fourth of July all rolled into one!”
“There’ll be others,” a man said. “Quantum or Energy or one of that lot.”
“Them I don’t care about. It’s Paragon that worries me—his armor could be environmentally sealed. Now move. The Helotry don’t like to be kept waiting.”
There were scuffling and grunting sounds, which quickly died away. Roz dropped flat onto her stomach and squirmed forward. Making as little noise as possible, she crawled through the bushes, but stopped before she reached the clearing.
Halfway to the power plant’s wrecked gateway, eight men were dragging Max and the Rangers along the ground, one leg each.
The eight men were dressed in full-face ski masks and light body armor over gray combat fatigues, but she couldn’t see any sort of insignia that might give her a clue as to who they were or where they had come from. The men were carrying machine guns and were accompanied by two others—one leading, the other taking up the rear.
It was clear to Roz that these men knew what they were doing: The man at the rear of the pack was walking backward, his head swiveling back and forth as he kept watch.
If I wait until they get inside the building I won’t have a chance,
Roz thought. Whatever she was going to do, it had to happen within the next couple of minutes.
But even if she could somehow disable all ten of the gray-clad men, Max and the Rangers were still handcuffed, and almost certainly still weak from whatever it was they’d been hit with.
Then she saw her chance: Stephen Oxford suddenly doubled over, his body racked in a violent coughing fit. Roz hoped Ox was faking it—if he wasn’t, he was definitely in a bad way—but didn’t waste time wondering: The gray men had dropped him, instinctively stepped back.
She leaped to her feet and ran straight toward the distracted men. The rear guard saw her first, raised his weapon to his shoulder.
Roz concentrated on the machine gun, telekinetically ripped it out of his grip, then spun it in the air. The butt of the gun viciously clipped him across the forehead, sent him staggering backward into one of his colleagues.
Before the others realized what was happening, she focused on one of the two men dragging Max and twisted his ski mask around his head so that it covered his eyes. He didn’t react as she’d hoped, by dropping Max’s leg or lowering his weapon: Instead he shouted, “Incoming!”
The other gray men immediately crouched, automatically forming a defensive circle with their backs to each other.
Roz changed course, darted away from them toward a shallow depression in the ground. Before she reached it a bullet whizzed past her head, and another clipped the right shoulder of her uniform.
Roz dove headfirst to the ground, rolled onto her back, and began to squirm backward. From this angle she couldn’t see the gray men—which meant that they couldn’t see her.
Then her hand brushed against something: a discarded fist-sized half brick. She grabbed it, threw it into the air, and before it could fall back to the ground she took hold of it telekinetically, launched it toward the gray men. She climbed into a crouch, just high enough to watch as the gray men saw the brick coming and dodged aside—but they clearly weren’t aware that they were facing a telekinetic: Roz steered the brick straight into the chest of one of the men. The impact knocked him over.
The one with the twisted ski mask ripped it off his head and ran for the compound. Roz didn’t care whether he was running away or going for help—either way it was one less for her to worry about right now.
She picked up the brick again, set it on a course for another man’s head. This one was clearly not as panicked as the others: He waited until the last second before ducking aside.
Need something bigger than just a brick. . . .
A large sheet of cement-spackled plywood was resting against the compound’s wall. She lifted the plywood sheet into the air, whirled it about, placed it between herself and the men. She pushed it forward—the closer it was to them, the more it restricted their view.
Then one of the men opened fire.
Roz threw herself back to the ground as a ragged line of bullet-holes appeared in the plywood sheet.
There was a shout of,
“You idiot! No!”
followed by a long, sharp scream.
The gunfire abruptly stopped.
Someone had been hit.
Roz stared. The perforated sheet of plywood wavered in the air.
For a moment, there was nothing but silence.
Then the guns erupted once more, a torrent of bullets that tore the plywood sheet into sawdust.
CHAPTER 5 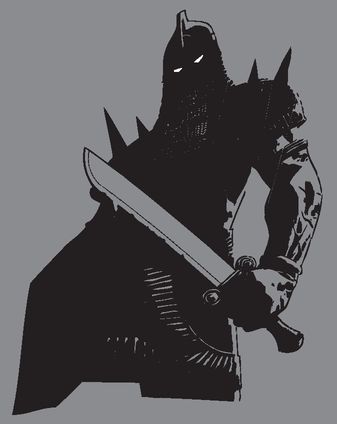