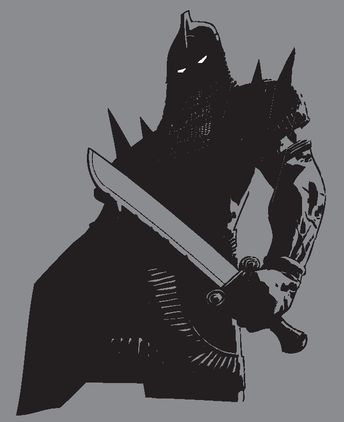 Lance didn’t know how far he’d gone—the road signs were streaking by too fast. A bug slammed into his forehead.
That’s sixteen.
He was amazed that the bike had held together, but knew that it was only a matter of time before it had a puncture or hit a bump and one of the wheels buckled. When that happened, it was all over.
His whole body ached from the constant pressure of the jetpack on his back, and he thanked his younger self for spending all that time wrapping SureGrip Friction Tape around the handlebars.
He zoomed past a camper and then there was nothing ahead of him for as far as he could see. The freeway was straight and flat.
Maybe it’s worth trying the brakes now. . . . Might slow me down a little.
He slid his fingers onto the lever for the back brakes, gave it a tentative squeeze. It didn’t make any noticeable difference to his speed. He pulled harder. Still nothing.
All right. Front brakes.
Using the front brakes at such a high speed was incredibly dangerous—if the bike stopped too suddenly he’d end up as a mile-long red smear on the asphalt. He gave the lever the slightest pull. He could see the twin rubber pads move in toward the wheel’s rim.
Little more . . .
The rubber pads touched the rim and instantly disintegrated.
Oh man . . .
By staring down at his chest Lance had already figured out how to open the clasps on the jetpack’s shoulder straps, but that required using both hands. There was no way he was going to let go of the handlebars.
Another bug collided into his right cheek.
Seventeen. All I need is one to hit me in the eye and then I’m in serious trouble.
Ahead, the back of a police car was rapidly approaching. It began to accelerate as Lance neared it, and in seconds he and the police car were traveling side by side. The uniformed officer in the passenger seat had a megaphone. “Pull over!”
“I can’t!” Lance shouted, praying that the cop was able to hear him. “I don’t know how to shut this thing down!”
“Pull over!
Now
!”
“I wish I could!”
“There’s a roadblock eight miles ahead. If you don’t pull that thing over before you reach it, we’ll be forced to open fire!”
That’s not fair! This isn’t my fault!
But even as the words ran through his mind, Lance knew that wasn’t exactly true. It
was
his fault. He was the one who’d taken the briefcase, broken into the warehouse, and stolen the jetpack.
The police car was struggling to keep up with him. “You are traveling in excess of one hundred forty miles per hour, kid!” the officer said. “You have any idea how much that comes to in speeding fines? Now pull over!”
“Yeah, right!” Lance shouted back.
Then the police car fell behind. Lance noticed for the first time that the hard shoulder was lined with cars and trucks—the police had obviously cleared the way. He couldn’t help wondering whether there was a news helicopter overhead, broadcasting the chase.
The freeway crested a low hill, and when he reached the top, Lance could see the roadblock a couple of miles away. He would reach it in less than a minute.
Then a voice to his right said, “So what’s this? Science project? Couldn’t you have made a volcano like everyone else?”
He risked a quick glance: Paragon was flying alongside him.
“Help me! I can’t stop it!”
Ahead, illuminated by an array of portable spotlights, Lance saw the armed police officers duck down behind the line of cars spread out across all four lanes of the freeway. In seconds, Lance was close enough to see their faces.
Paragon reached out an arm and hit something on the side of the jetpack, then grabbed hold of Lance’s collar and lifted him off the bike, which slammed into the side of one of the cars, showering the area with spokes and lumps of rubber. Paragon floated down to the ground on the far side of the blockade and let go of Lance.
“Oh, thank God!” Lance collapsed to the ground, his head spinning. He felt like he was going to throw up.
The armored superhero hauled him to his feet. “Get that thing off.” Lance undid the jetpack’s clasps—it was infuriatingly easy now—and it dropped to the ground with a loud
clank
.
A policeman with sergeants’ stripes yelled, “Awright, get these cars out of here and get the traffic moving again! And someone clear up these bike parts!” He strode over to Lance and Paragon. “Mind filling me in?”
Lance started to explain everything. He knew that there was no point in lying. But he had only reached the part with the car crash on Jade Avenue when the sergeant interrupted him.
“Skip it. Paragon, I’m going to leave this in your hands. He’s clearly a minor. You sort it out, send me a full report.”
Paragon nodded. “First chance I get.”
The sergeant glared at Lance. “And then we can decide how we’re going to prosecute.” He started to turn away, stopped, and handed Lance a white handkerchief. Lance looked at it.
“Uh, thanks?” Lance said.
“You got bugs all over you, kid.”

Sasha's Portrait by B. J. Wane
Last Writes by Lowe, Sheila
Torn From the Shadows by Yolanda Sfetsos
The Heart That Wins (Regency Spies Book 3) by April Munday
CALLIE (The Naughty Ones Book 1) by Kristina Weaver
Dead, Undead, or Somewhere in Between by Saare, J. A.
Defending Hayden: A Second Chances Novel by L.P. Dover
Federal Discipline by Loki Renard
MERMEN (The Mermen Trilogy #1) by Mimi Jean Pamfiloff
Hunter by Blaire Drake