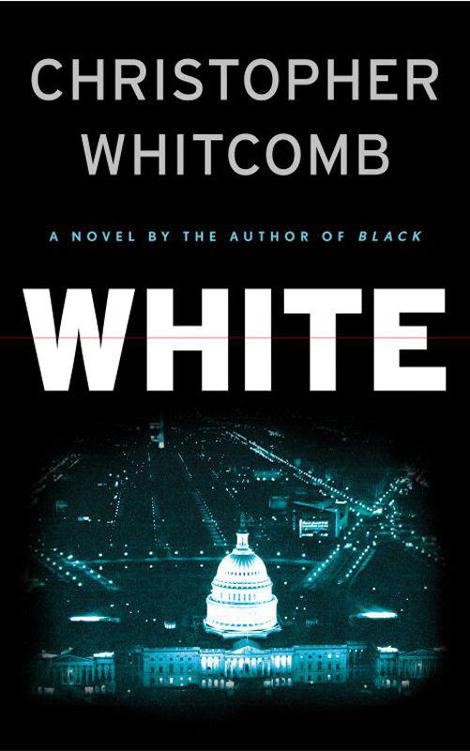 The “Little, Brown and Company” name and logo are trademarks of Hachette Book Group, Inc.

To Joe Blake and Peter Berg

Everything for a reason

The first casualty of war is truth.

JEREMY WALLER STARED
down the length of his high-powered rifle to where a brilliantly colored butterfly had alighted on its barrel. The creature fluttered its wings as a thin breeze drifted over the sniper’s shoulder, slowly parting the bamboo shoots and elephant grass around him. Beads of sweat slipped down the ridge of his painted nose and fell silently into the furrow between his thumb and forefinger. Odd smells danced in his nostrils—the conflicting odors of broad-weave burlap, triple-canopy jungle, and something dead out there among the shadows.

It was a woman’s voice, a sound Jeremy had never heard in a situation like this. Delta Force, now known officially as Combat Applications Group, referred to her as GI Jane, but sparingly and only out of sarcasm. Military SpecOps teams claimed to have no female members, though both the army and navy kept a small number for “military operations other than war.” Now that the CIA had joined the game with Special Activities Division personnel, you needed a program to know all the players.

“
Graphium milon,
” she continued, “a beautiful tropical fauna distinguished by a yellowish tuft of hair on the left dorsal hind wing. Probably a male with all that ventral red, though it’s tough to tell with this species.” Her pearl-white teeth shined from behind thick camouflage greasepaint, which she had applied in jagged green and black stripes.

Jeremy wiped sweat out of his eyes. Raindrops the size of snow peas began to fall among the broad-leaved plants around them.

“Goddamned rain,” he said out loud. It fogged up his scope, obscured the target, and made Jeremy’s now rancid ghillie suit stick to his skin. The garment of hemp, canvas, and local vegetation crawled with insects and had begun to torture him with a chronic and pervasive itch.

“Do all you FBI guys bitch this much?” Jane asked.

Jeremy, a six-year veteran special agent with a little more than a year on the Bureau’s elite Hostage Rescue Team, saw no point in responding. They were partners in an operation that hinged on anonymity; he had no interest in becoming her friend.

“We have GPS signatures here, here, here, and here,” one of the men said. He stood to the right of the monitors and pointed an infrared laser at the center screen. Red dots popped up at the four compass points around a jungle clearing.

“Where exactly is
here?
” another man asked. Dressed in a bespoke chalk-stripe suit and John Lobb shoes polished to an oxblood patina, the obvious leader of the group sat near the end of a huge table.

“Telambela? That’s a hell of a place for something like this to start, isn’t it?” the man in the four-thousand-dollar shoes asked.

“A better place for it to end,” a woman in a dated yet still elegant business suit of cashmere and silk answered. Tall and refined, she paced back and forth in front of leaded glass windows that reached all the way to the ceiling fifteen feet overhead. New York at night stretched out before her.

“Let’s hope so,” the briefer agreed. His voice sounded hollow, like that of a soldier consigned to a hopeless battle. Recent intelligence suggested that the strongest wave of terror in U.S. history could begin within days. If they failed to intercede in this godforsaken stretch of Third World wilderness, the ramifications would spread to places the best minds at CIA and the FBI had never even imagined.

“I GOT THAT
sentry with the Galil coming around the bunkhouse. Call him Banjo Man.”

Jeremy spoke softly and used his left hand to dial an NMARSAT phone that technicians at the FBI’s Electronic Research Facility had fitted with a specially modified FASCINATOR secure voice module. A second sentry, whom they’d already nicknamed Castro, stood smoking a double corona just outside one of the huts.

“What time you got?” he asked.

The rain, which began to fall in earnest now, had crept inside his supposedly waterproof watch, rendering it useless.

“Thirteen forty,” the woman said. Without waiting for Jeremy’s reply, her voice turned low and guttural. A strange combination of clicking sounds and grunts filled the sodden air around them, foreign words that seemed to originate in the back of her throat and pass up through her nose.

A response came from somewhere behind where they lay at the base of a steep mountain slope. “Click hung ctock ctock oum aup,” a huskier voice said.

“Quit that shit and speak English,” Jeremy whispered. He craned his neck, searching for the Yani tribesman nestled in the tangle behind them. The tiny man with the penis gourd, rattan nose rings, and a string of babirusa teeth around his neck had guided them into position and then secreted himself back within an environment only a native could love.

“Be careful what you say,” Jane responded. “These people are very intuitive and perceptive of tone. You know, his ancestors were headhunters.”

“Yeah, I think I saw them once at the circus.” Jeremy’s tone left little need for intuition. “You tell him to stay where we can see him. I don’t trust that little bastard.”

GI Jane said nothing for a moment, then, “He says the messenger will come out of the north just before dark. Onset of evening nautical twilight is 07:37 Zulu, which means we have two hours. You want to rotate off your scope for a while?”

Jeremy shifted behind the butt of his sniper rifle. It had taken his team three days to walk into position from a helicopter insertion near a river village. A CIA case officer had met them there and introduced the eight-member task force to this tribesman, whose name Jeremy didn’t even try to pronounce. GI Jane, a former Special Forces intelligence officer now assigned to the CIA, served as translator.

Why the U.S. government would train anyone to speak some arcane Indonesian dialect had never really dawned on Jeremy. Then again, he had spent enough time in the intelligence community to know that nothing ever really made sense. In the universe of secrets, you just accepted what you were told and moved on toward the objective. Unless you had a need to know, information usually ended up being little more than a liability.

“I’m staying right here,” Jeremy said. He had no intention of rotating off his rifle until the “messenger”—local slang for an Indonesian bomb master named Ali Fallal Mahar—walked into the hut complex in front of them. Mahar had distinguished himself in eleven terror attacks against East Asian targets within the past year. More than 340 people had died at his hands, 37 of them Americans.

Jeremy knew that the messenger was due into the compound sometime before dark. He meant to be there when Mahar arrived . . . with a special greeting.

“WHERE ARE THE
shooters?” The man in the John Lobb shoes rose from his chair and walked to the far end of the table. He ignored the multimedia screens for a moment as he thumbed through the news clip folio his press advisors assembled three times each day.

“Just inside the tree line,” his briefer advised. The chief of staff—a rigid former marine named Trask—pointed toward the jungle, east of a clearing approximately one acre square. Five crude huts rose haphazardly from the banks of a slow-running creek. A satellite communications dish rested on a flat-topped teak log just outside the largest of the shacks. Satellite imagery showed a small red generator, several jerricans, assorted cardboard boxes, and clothes hanging from a line between two sago trees. There were no women or children, but a pack of mangy dogs rummaged through a burn pile trying to sniff out lunch among the trash.

“Waller is positioned here,” Trask continued. He drew a concentric circle just east of the hut complex, then pointed to the south. “The Dev Group sniper is here.”

“How many altogether?” the man in charge asked.

“What about the Agency woman?”

“Yes, of course . . . the translator. She’s cross-trained like the others, but her background is academic. If it comes right down to it, she’ll fight, but that’s not her primary MOS.”

The man in the John Lobb shoes closed the press clippings file and laid it on the massive conference table. He turned toward the screen.

“What if we don’t get him here? What if something goes wrong? Tell me about the contingency plans.”

The woman stopped her compulsive pacing and stood beside the window.

“We’ve poured millions of dollars and countless man-hours into cultivating the contacts that put us here in the first place,” she said in a well-educated South Carolina lilt. The distinguished-looking woman—perhaps the best known face in America at the time—crossed her arms and stared out into a city she had never learned to like.

“This is a one-time opportunity,” she said. “If we don’t intercept this operation here, there won’t be any need for a contingency plan.”

“SO SINCE WHEN
is the FBI working insurgency ops with military units in Third World countries?” GI Jane asked. She had turned her attention away from the hut complex and seemed transfixed with the Milon’s swallowtail on Jeremy’s rifle barrel. “I mean, you guys are all about following the rules, not breaking them, right?”

“The rules have changed,” Jeremy said, without elaborating. He wiped dripping rain from the brow of his ghillie hat and scanned the scene in front of him, trying to visualize just what this operation would look like if and when it finally went down. According to the five-paragraph warning order, Mahar was due into this isolated camp sometime before dark. Earlier efforts to capture or kill the terror chief had failed because of poor intelligence and corrupt Indonesian officials, but a new source had emerged. Code-named Parsifal, this Jemaah Islamiya insider had already compromised four of Mahar’s associates, driving the terror group’s remaining leadership into the jungle.

“You ever killed anyone?” GI Jane asked.

Jeremy shifted positions as the jungle pulsed around them. Ranked among the world’s most impenetrable environments, it struck him as a land of shadows, ghosts, and misery. Without its mazelike network of tribal footpaths, this place might have forever remained civilization’s last link to the Stone Age.

“I thought you CIA types already knew everything,” Jeremy responded. “Don’t you have some kind of dossier on me or something?”

She laughed out loud.

“Don’t flatter yourself. Terrorists, despots, and radio talk show hosts are all we have time for,” she said. “Besides, aren’t you Feebies the ones with all the files? Or did they get pushed off into some West Virginia closet with all of J. Edgar’s evening wear?”

Jeremy tried not to smile.