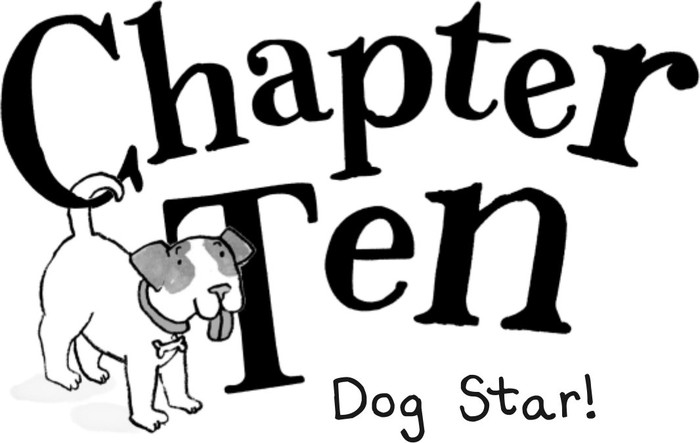 “That’s such a lot of money!” Christy sounded very impressed.

Lucy smiled, looking embarrassed and a bit proud of herself. “I did have to fall in a pond for it,” she pointed out. “Anyway, Mum says most of it has to go in my savings account, but I’m allowed to go to Pet Life and buy my gerbils and all their stuff!”

It was three weeks after they’d filmed the dog-food ad, and Lucy had been sent a
cheque in the post. Her mum had phoned Ellie’s mum and Christy’s, to ask if the girls could go to the pet shop after school.

“I love Pet Life,” Ellie said happily, as they climbed into Lucy’s mum’s car. “Mum wouldn’t give me an advance on my pocket money though. She says Rascal doesn’t need any more toys.” She sighed.

Christy laughed. “He can hardly fit on his cushion, Ellie, there’s so many toys on there with him!”

Pet Life was a really big pet shop, with all sorts of animals. They even had a section for lizards and snakes and spiders, which was the only bit Ellie didn’t like exploring.

The gerbils were in one corner, and Lucy led the way to them, half-running she
was so excited. She’d been looking forward to this for ages.

“Oh look!” she said, smiling. “See the golden ones! Aren’t they beautiful?” 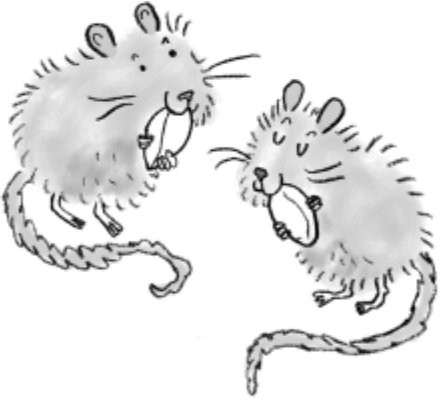 Ellie peered up at the cage, where two golden gerbils were nibbling peanuts, and staring back at the girls with sparkling black eyes. They were very sweet. She preferred dogs, but for a gentle person like Lucy, she could see that the gerbils were perfect.

One of the shop assistants helped Lucy choose her gerbils, and put them in a little travelling box. Lucy cradled it carefully, and they went to choose the cage – a huge one with lots of tubes and different rooms for the gerbils to explore. They’d almost filled the
trolley with all the different stuff, when Lucy said, “There’s just one more thing.”

“Not for us, Mum,” Lucy explained. “In the dog section.” She hurried off, and the others followed her as she searched carefully along the aisle.

“This!” she said at last, turning and holding out a knotted rope toy to Ellie. “Rascal hasn’t got one of these, has he?” She beamed. “It’s a thank-you present. If it wasn’t for Rascal, that dog-food man would have given up and sent me home.”

Ellie hugged her, very carefully so as not to squash the gerbils. “He’ll love it.”

Ellie was sitting on the sofa, playing tug of war with Rascal and his new rope toy. Mum had rolled her eyes when she’d seen it, but she hadn’t really minded.

Ellie watched, giggling as Rascal rolled over, remembering how hard it had been to get him to do that. All that filming, squashed into one short ad now… “Watch, this is the pond bit!” she told Lila.

“Oh wow, poor Lucy!” Lila put her hand over her mouth, and then laughed. “Look at Rascal standing on the edge watching her!”

Rascal stopped chewing his toy and stared at the screen too. There was another dog in his living room, and it looked just like him. Only
he
was bigger! He eyed it suspiciously, then went back to his rope toy. 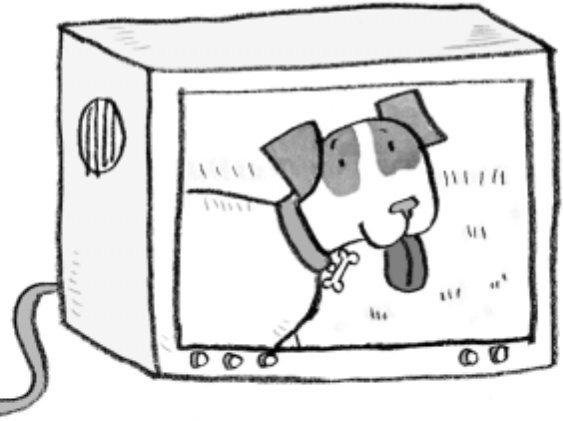 “Can I have his
paw
tograph?” Max asked, snorting with laughter, and Ellie groaned.

Rascal gave a huge yawn and climbed on to her lap, dragging the rope toy after him. Ellie gave him a hug. “I don’t think you’re even bothered about being famous, are you?” she asked him lovingly.

Rascal laid a protective paw over his new toy, in case that other dog came back and tried to snatch it, buried his nose in Ellie’s elbow, and went to sleep. 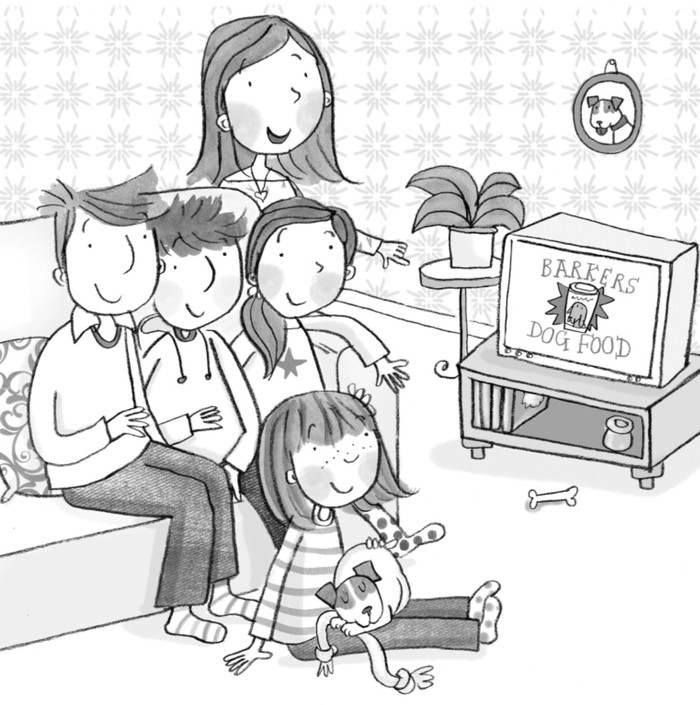 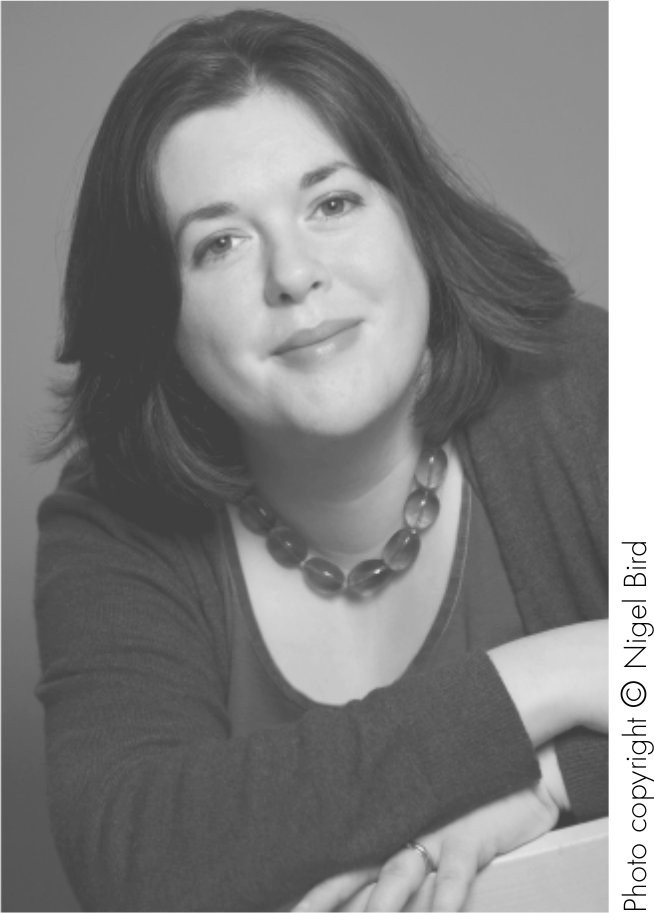 Holly Webb started out as a children’s book editor, and wrote her first series for the publisher she worked for. She has been writing ever since, with over sixty books to her name. Holly lives in Berkshire, with her husband and three young sons. She has a pet cat called Marble, who is always nosying around when she’s trying to type on her laptop.

First published as an ebook by Stripes Publishing in 2012.

The right of Holly Webb and Kate Pankhurst to be identified as the author and illustrator of this work respectively has been asserted by them in accordance with the Copyright, Designs and Patents Act, 1988.

Apart from any use permitted under UK copyright law, this publication may only be reproduced, stored, or transmitted, in any forms, or by any means, with prior permission in writing of the publishers or, in the case of reprographic production, in accordance with the terms of licences issued by the Copyright Licensing Agency. 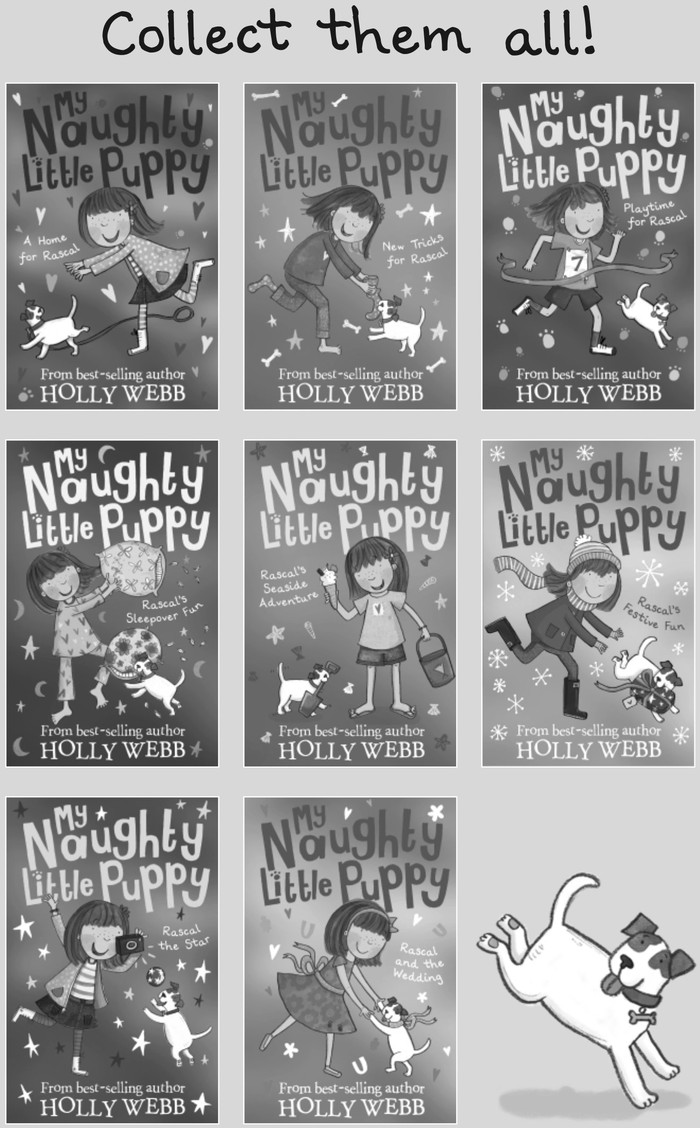 A Place I've Never Been by David Leavitt
A Glint In Time (History and Time) by Frank J. Derfler
The Night Circus by Erin Morgenstern
Alarums by Richard Laymon
The Dopeman's Wife: Part I of the Dopeman Trilogy by JaQuavis Coleman
Baby, Come Home by Stephanie Bond
Time of Zombies (Book 2): The Zombie Hunter's Wife by James, Jill
An Economy is Not a Society by Glover, Dennis;
Heart of the Hunter by Anna, Vivi
Sanctuary by Alan Janney