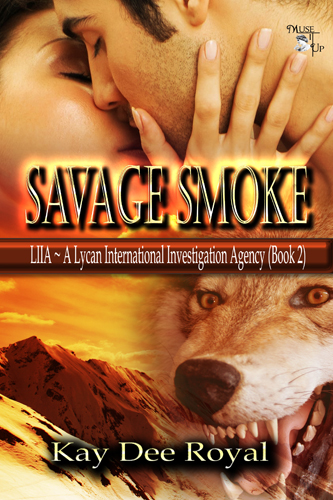 Chance and his LIIA pack of agents search for rogue Lycan mastermind, Smoke, kidnapper of Lindsey and fifteen other human women he plans to use for procreating his own army.

Trevor, Chance’s right-hand Lycan, wants his mate back, but believes she’s fallen for her captor. Lindsey loves Trevor but believes he’s given up on her.

Will Trevor come around in time to rescue Lindsey and save her from shifting into Smoke’s pack, and will she even want back with Trevor after spending so long apart?

The characters and events portrayed in this book are fictitious. Any similarity to real persons, living or dead, or events, is coincidental and not intended by the author.

To my very own Alpha and Sunny Beach

Thank you, Lea for the opportunity to spread my wings, to Nancy and Greta for making them shine, to Allison for your amazing Beta eye, and to Sharon and Donna for believing, inspiring, and encouraging me to write on ;) Major big Hugs to all. 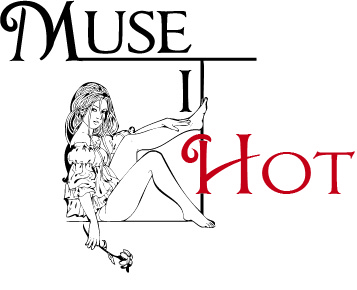 Jasmine and Dir Payton
~ A primal-mated were-wolf couple (consummated) in Chance’s pack, and highly trained in field operations. Jasmine makes easy work of the operations systems in the facility, and Dir handles most of the field work, but either place, they work in sync as a team.

Lacey Briggs
~ Olivia’s only sister, fifty years old, she’s an environmental science professor at a university in Southwest Michigan. She continues to play the field in relationships, and constantly worries about Olivia’s lack of relationships.

Smoke
~ Rogue pack Alpha, milky-eye/amber eye, deformed face, were-wolf, with a personal vendetta against Chance Grayton and the Lycan Elders. He’s an infamous unscrupulous and dangerous crime lord etching his terror around the world. Lindsey Grimms is in his possession.

Olivia appreciated her keen sense of hearing, an enhanced ability acquired after her first shift into wolf form. She heard everything Chance said, even as his voice lowered into a tense, deep, breathy growl.

“I don’t understand. It sounded like Olivia was accepted without incident and now they want to see her? Why? Who else do I need to speak with?” Chance’s whisper gained volume.

She knew he spoke with someone from the Lycan Elders and figured he did it in the wee-morning hours because he thought she’d be asleep. Olivia only knew a few things about the Lycan Elders, enough to realize Chance shouldn’t get on their bad side. She decided he needed a distraction from his building tension with them.

Her image in the mirror beside the door grabbed her attention, stopping her like it had done for the past month. She appeared at least twenty years younger than her fifty-five years, tight skin, no baggie eyes, or splash of white above her eyebrow, and the childhood scar over her left eyelid had vanished. She lowered her focus, sliding her fingers over her firm, full, naked breast, noticing tenderness, most likely from her and Chance’s recent amorous behavior. And then she touched her flat stomach. A flutter of sensation in her lower belly made her aware of the building lust-ridden feelings she harbored for Chance.

She relished the inner strength as well as the physical, which she didn’t recall having before transforming into wolf-form. Something powerful and ageless happened when she shifted. Her first change occurred when Smoke, a desperate rogue Lycan, made her ingest
his
blood. For a few hours she became a member of his pack and almost lost Chance forever. Fury slashed inside her, avenging anger sending a tremor through her body. He’d taken her close friend, Lindsey. After extensive searching, still no one knew where they’d gone. Grief for Lindsey left a constant pain in Olivia’s heart and a deep sense of responsibility.

Olivia easily could have been lost as well.

The thought of losing Chance struck something else deep within her. She waited decades for someone to rock her world, love her as if she was the only woman in his world, and only Chance had shown her passion and love that strong.

Olivia desired to shift and run as wolf again. A way of proving she wouldn’t run away like before, but the need to find Lindsey haunted her every minute. Chance had put the kibosh on her shifting, worried she’d take off. He was right. She wouldn’t stop running until she found Lindsey.

She shuffled as the inner struggle quaked through her, tamping it down with deep breaths.

Though a risk, she’d tried reaching out telepathically a number of times to Smoke in hopes of locating Lindsey, but he never acknowledged her. One of her pack had mentioned Smoke might be too far away for telecommunicating.

Shaken from fighting the urge, she looked once more into the mirror and whispered as if talking directly to her friend, “Lindsey, stay strong and don’t lose hope, we’ll find you soon.” Chance’s growl drew her back to his conversation on the phone.

Quietly she pulled open the bedroom door, and his gaze captured her as she stepped into the living room of his suite. Her skin warmed at the sight of his tousled bed hair and naked body. He stood in the middle of the room, rippled abs, sculpted arms, well-defined legs, and a flaccid penis thickening as she stared. His hand folded over it. She looked up. He smiled and then scanned down her body. A flutter heated her belly and her nipples tightened. Even at a short distance away, his body heat enveloped her like a blanket, making her shiver in anticipation.

“Yes, of course, we’ll both be on the next plane,” Chance said, so evenly toned Olivia knew it was something trained into him. He set his cell phone on the coffee table and closed the gap between them.

“What are you doing awake?” His arms wrapped around her, his palms cupping her bottom, his arousal branding the skin above her pubic bone as he pulled her to him.

“I missed my mate.” She slid her hands between them, curling her fingers around his erection. “Mmmm, I think I found him.”

“After the night we just had, I thought you’d be sated for days.” He kissed her forehead. “Guess not. Let’s go take care of pleasure before we get to business.”

“What business? It sounds like you’re leaving. I heard you say, ‘we’ll both be on the next plane.’ Who’s going with you?” She stroked his velvety hardness.

Chance lifted her chin, his lips consuming hers. “You, but pleasure first,” his whispered words breathed, moist and warm, between her lips. He swept her up and carried her back to bed, placing her on top of their rumpled blankets. His body slid over hers. A perfect fit, she thought. His lips seared kisses over her forehead and down the side of her face, along her neck, heading lower.

“Hey, boss man, Damen’s here. He’s got information I think you’ll want to hear,”
Trevor’s telepathic communication cut in. Since Chance and Olivia’s consummation, she’d become privy to all kinds of in-the-head-pack-talk, but her blood ritual between Chance and his pack had enhanced the ability, giving her greater distance reception. Put that along with the animal sensitivity ability she grew up with, Chance didn’t have an opportunity for any secrets.

He sighed, and Olivia met his gaze, his softened, warming her heart and sending a tingle up her spine.

“Be right there,”
Chance relayed. He kissed her lips and broke away.

“I want to meet him…anyone that can make Jasmine spit fire like he did, requires an introduction, don’t you think?” Olivia’s torso rose off the blanket, held up by her elbows and forearms, one knee bent, opening her inner folds. It drew Chance’s attention, even though it wasn’t her intent, she liked his unwavering focus.

“You little minx,” Chance growled and tweaked her nipples. “You can meet Damen under one condition. You, love, must only listen. Hopefully he’ll have information that will get us back on Smoke’s track.” Chance kissed each of Olivia’s peaked breasts and then her lips.

Instant heat sped down her body and nestled between her thighs. He broke away with a deep sigh.

“I’ve got to get away from you or it will be hours before I see Damen, and I’d rather not keep him waiting.” Chance jogged into the bathroom. Olivia heard the water turn on and she ran to join him in the shower.

An hour later Chance and Olivia, content and dressed, walked out of their suite. They sped down the short hallway of plush golden carpet and through the door leading into a circular room of leather couches, low glass coffee tables, and over-sized chairs. A number of doors, evenly spaced, ran along the orbicular wall. Chance stepped across the room and opened the door into the Ops room, where the LIIA (Lycan International Investigation Agency) agents sat around a good sized round table, not unlike King Arthur’s knights.

Olivia recognized Jasmine and her primal-mate, Dir, cozied close to each other like a sweet blend of mocha and latte, giggling over something Jasmine whispered into Dir’s ear. Then Olivia saw Jase, the youngest single male agent in the LIIA facility, his blond head bent slightly forward as if he listened intently.

Trevor’s midnight black tresses straggled over his shoulders, untethered, his once handsome goatee overgrown and scruffy. Since Olivia’s rescue Trevor had made himself scarce, and she wasn’t sure if her presence reminded him too much of Lindsey. She knew from listening to the others that he struggled daily over the loss of his primal-mate. He held his head cocked, chair tilted back on two legs, and he also stared attentively at the new guy, who Olivia assumed must be Damen.