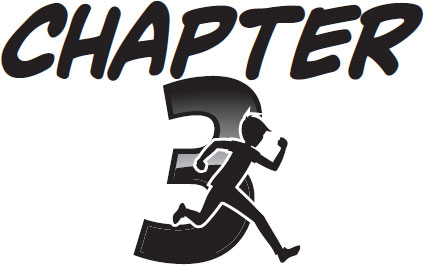 ‘How much further?’ Zac asked, yawning. He stretched and sat up in his seat.

The Mobile Technology Lab had been flying all night, and Zac could just see the sun starting to rise in the distance.

‘Almost there,’ said Leon. ‘We’re coming up to the drop-off point now.’

A few minutes later, Leon landed the MTL at the edge of some bushland. ‘See that big rock over there?’ he said, pointing. ‘That’s where you’re supposed to wait. You’d better hurry, too. It’s almost time.’

Zac nodded and climbed out of the van. As he watched, the MTL rumbled across the grass and took off into the air again.

Zac walked through the bush and stopped at the rock where Leon had told him to wait. He checked the time.

Zac’s eyes darted upwards. Something big and heavy was crashing down through the trees above his head. Zac leapt out of the way just in time.

A big wooden crate hit the ground – right where Zac had been standing!

Zac walked over and looked at the crate. Then he stared up at the sky. Zac knew Professor Voler’s jet was protected by advanced cloaking technology. It was obviously hovering somewhere above him, but Zac couldn’t see it.

Am I supposed to open the crate?
wondered Zac.
It’s been nailed shut!

Something else was coming down through the trees.

A big metal crowbar landed neatly on top of the crate.

Right,
thought Zac. He jammed the crowbar into the crate and levered off the lid. Inside was what looked like a heavy black wetsuit.

Sitting on top of the suit was a handwritten note. 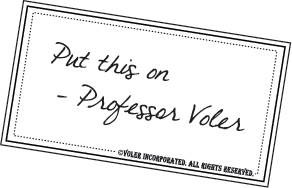 Zac pulled the suit on over his clothes. A metal rectangle, the size of a shoebox, bulged out the back of the suit.

On the sleeve of the suit, Zac noticed a tiny control stick and a row of buttons. He tapped at the controls but nothing happened.

Maybe the suit got damaged in the fall,
he thought. But then the box on Zac’s back started jolting wildly. He staggered forward.
What on earth –?

Three long metal blades were unfolding out of the box. The blades flattened above Zac’s head, and then started spinning around and around like the ones on a helicopter. 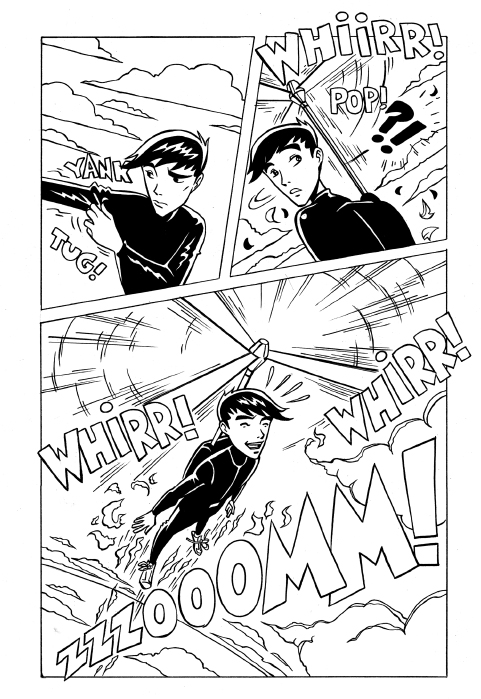 Suddenly, Zac lifted off the ground. The helicopter blades sent leaves flying as he rose up between the trees.

Zac jiggled the control stick but it was no good. Someone was steering his Chopper Suit and it wasn’t him.

Voler must have this thing hooked up to a remote control,
thought Zac.

The Chopper Suit flew up through the air, guided by its invisible pilot. Zac was jolted across to the left, then straight up, then to the right again. Then he stopped, hovering on the spot.

Zac peered around for some sign of Voler’s cloaked jet. He could hear the rumbling of a big engine, but he couldn’t see anything.

A hatch suddenly opened up in the empty sky above Zac.

A-ha!
Zac thought.
This must be it.

As the metal door hissed open, the jet’s cloak flickered slightly. Zac caught a glimpse of the huge flying machine floating above him.

The Chopper Suit started moving again and Zac was lifted up through the hatch, into the jet.

The hatch hissed shut beneath Zac’s feet. With one final jolt of the Chopper Suit, he touched down inside the jet.

There was a big round button on the chest of Zac’s suit marked ‘REMOVE’. Zac pushed it.