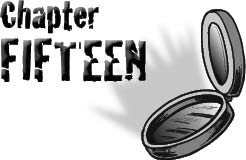 âCome,' said Khan as he came back out of the ventilation shaft. âFollow!'

Nigel looked at Trish. She had a determined look on her face.

âWell?' said Nigel. âWhat do you think? It might be a trap.'

âDon't be so silly,' said Trish. âWe have business at Festering Hall.'

Nigel shrugged and scampered across to the shaft, Trish walking briskly behind him. At the entrance she stopped and took out a small mirror and lipstick.

âVot are you doings, voman?' snapped Khan. âHurry!' Then he remembered Trish had supernatural powers. âPlease.' The word felt funny in his mouth.

Trish lifted the mirror to her face and applied lipstick carefully. âOne must always look professional,' she said.

âVot are you doings?' repeated Khan, pointing to the mirror. He had never seen a woman applying make-up. Trish turned the mirror and held it out for him to look at. Khan bent forward.

As he did so, a blinding flash of light zipped past his head, hit the mirror and bounced straight back from where it came. Behind them on the walls the cannon exploded.

âGoodness me!' said Trish. âWhat on earth was that?!'

âThey're shooting at us!' yelled Nigel as Khan hauled them into the protection of the ventilation shaft. âYour mirror must have reflected whatever it was back at them!'

âIss lasers,' said Kahn, his voice quiet. He looked respectfully at the singed mirror in Trish's hand. There really was no limit to this witch's power.

âLasers? You mean they're shooting at us?' asked Trish.

âWell!' exclaimed Trish Molyneux. âThat is just not on. I will certainly be including this in my report! Laser cannons! Sabre-toothed tigers! Mr Skelly would not approve!'

A crow circled Smiler's body and with a cackle, settled on the animal's flank. To the bird's delight, the creature was still warm but clearly dead. Perfect. The crow flapped towards Smiler's head, settled on the ground next to Smiler's left eye and drew back for the first peck.

A split second before the crow's sharp
beak made contact, Smiler snapped open his jaws and swallowed the bird whole. It was still squawking as it disappeared down Smiler's gullet. 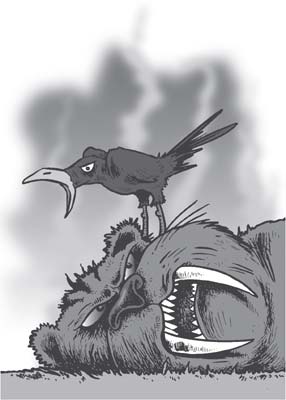 Black feathers fluttering from his mouth, the great beast staggered to his feet, Khan's spear jutting out at an unnatural angle. Smiler padded to a nearby tree and, using all his weight, broke the spear against the trunk. A jolt of almost unbearable pain shot through the big cat's body but it had done the trick. Only a few centimetres of spear now remained. Smiler narrowed his eyes into slits of hatred, let out a long rumbling growl, and limped in the direction taken by Khan, Trish and Nigel. 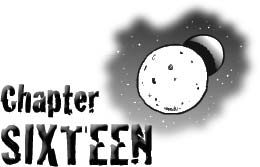 Mort looked out of a window. Was it his imagination or could he already detect a darkening of the sky?

The eclipse was happening earlier than he'd expected. If
Retro
was going to launch it was now or never. The planetary alignment was crucial to the machine being able to launch, and eighty-two years was an unacceptable wait for another try.

Mort came to a decision.

He would head back to the lab right away. He could bunker down in there, test
Retro
as
planned and sort out this mess afterwards â if there was an afterwards. If Oppy's opinion was right,
Retro
may be a death trap. Still, reflected Mort, Agnetha could look after herself if it all ended badly, he was sure of that.

With his plan in place, Mort took the pole to the ground floor and hopped into his buggy.

He flipped out his mobile and called Sir David.

Sir David was bent over his own tracking screen, trying to trace Smiler, when Mort's call came in. âI'm glad you called, Master DeVere,' said Sir David. âI was beginning to worry about Smiler. It is autumn and the great beasts of the plains must find food if they are to survive the winter. A solo sabre-tooth such as
smilodon fatalis
requires many kilos of meat on a daily basis and will now be hungry. Stalking the heathlands like â¦'

âYes, yes, Sir David,' said Mort, cutting across the great naturalist. âThere's no need to
worry about Smiler. He's dead. I saw it myself. Can you locate his body and get rid of it? I don't want it hanging around in case Ma and Pa turn up.' 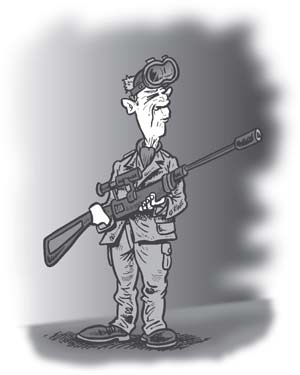 âDead?' questioned Sir David, but Mort had hung up.

Puzzled, Sir David turned back to his monitor on which he'd been tracking Smiler for the past ten minutes. Either Mortimer DeVere had been mistaken, or someone else was now wearing Smiler's tracking collar.

And that collar was heading straight for Festering via the ballroom ventilation shaft.

Sir David stood up and straightened his safari suit. He reached for his tranquiliser gun, the big one. Sir David had, during his long and glittering TV career, swum with sharks on Ningaloo, faced down charging gorillas in Rwanda and wrestled anacondas in the Amazon, all armed with nothing more than a microphone. But with Smiler he wasn't taking any chances. He checked the big gun was fully
loaded and slid a pair of night-vision goggles onto his head. The approaching eclipse was slowly turning the already gloomy island dark.

The last thing Sir David wanted was to be facing an injured sabre-toothed tiger in complete blackness. 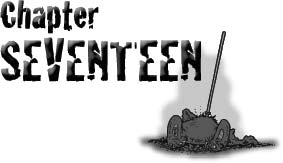 Khan took out a powerful maglite torch from somewhere inside his tunic and pointed it down the shaft. âCome,' he growled, moving into the tunnel. Behind him, Trish and Nigel exchanged glances before following.

âWhere are we going?' asked Trish. âWe are on a timetable, Mr â¦?'

Khan didn't reply. A remark the cowardly assistant had said was turning over and over
in his thoughts. Nigel had said something about a mirror reflecting the laser back. It was possible, Khan thought, that her âmagic' was simply good fortune. Unlikely but possible.

And now he came to think about it, the same could be applied to the death of the sabre-tooth. What if Khan's spear had accidentally hit the animal? The witch had said Khan was âher hero'. Would she have said that if she had planned on Khan's spear killing the tiger? And, if she was a witch, why did she need Khan's spear to kill the tiger? Couldn't she just have cast a spell on the beast?

Khan was on his way to Mort's not-so-secret laboratory. That was the most likely place the boy would be. And if the woman wasn't a witch, then these two were a dead weight.

It would have been simple to kill them both but Khan was feeling generous. The woman had freed him from his collar, after
all. For that, and that alone, he was going to spare their lives.

Two minutes later he came to an abrupt halt outside an open hatchway and motioned Trish and Nigel through into the ballroom. Khan walked across the vast floor and opened a small door set into the opposite wall, revealing a store cupboard crammed with brushes and various cleaning items.

âAre the children in here?' asked Trish. âWe do have a ferry to catch.'

âIn. Now,' said Khan, producing a length of rope from somewhere inside his tunic. He pushed Trish and Nigel inside. âSit on floor and I tie you up.'

âTie us up? Why are you going to tie us up?' asked Trish. âI thought you were taking us to the children.'

Khan shook his head. âNeg!' He pointed to the floor. âI leave you here. My gift. You should be grateful.'

âGrateful I not kill you. Or is it you prefer to be killed?'

âWe should do what he says,' said Nigel, sitting down and holding out his hands. Khan pushed Trish to the floor and trussed the two of them up, back to back. 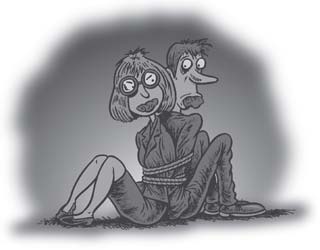 Trish opened her mouth to say something else and Khan pushed a foul-smelling rag into it. Next he turned to Nigel and did the same to him.

Then, without another word, Khan closed the door of the store cupboard and left.