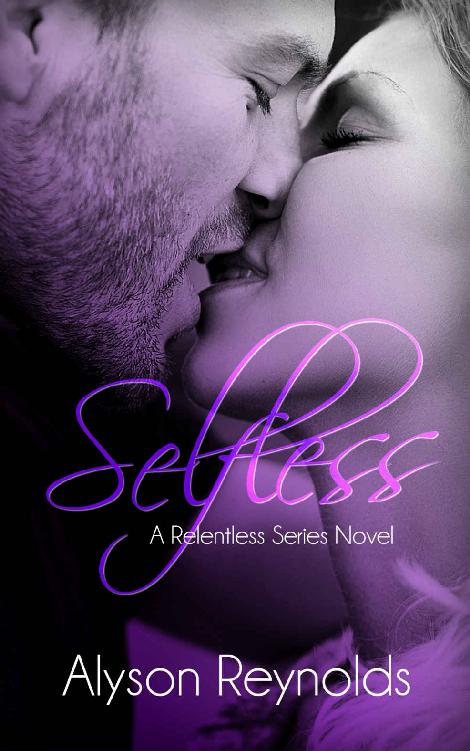 All rights reserved. Printed in the United States of America. No part of this book may be used or reproduced in any manner whatsoever without written permission except in the case of brief quotations em- bodied in critical articles or reviews.

This book is a work of fiction. Names, characters, businesses, organizations, places, events and incidents either are the product of the author’s imagination or are used fictitiously. Any resemblance to actual persons, living or dead, events, or locales is entirely coincidental.

Thank you for encouraging me to chase my dreams

Letting Amanda Connelly go was the worst mistake of my life. She would always be the one for me. I couldn’t even say she was the one that got away because I was the one that left. God, I was such a fucking idiot.

I slammed the shot of Crown back and motioned for another. The bartender looked at me doubtfully, but I just stared him down. This
was
my fifth shot in thirty minutes. He put the bottle down next to the shot glass and I passed him a hundred dollar bill. It was more than the bottle was worth, but I would pay it if this guy left me alone to wallow.

I’d been gone for a month now, but the ache was worse than the day I left. Time wasn’t making things better. Everywhere I looked I saw Mandi. She was my entire life, the reason I took each breath, but I knew I needed to let her go. My asshole father made that perfectly clear to me. The evidence of the shiner he’d given me was finally gone, but it had taken forever to fade away. I could never let Mandi know how bad my life was at home.

My brother Micah had pulled me away before I killed our dad, but if he had been a few minutes later I definitely wouldn’t be sitting on this bar stool. We’d had words, some of his directed at me trying to marry up, which really pissed me off. He’d crossed the line when he threatened Mandi. I would
never
let him anywhere near her. The bastard had taken a cheap shot at me and landed it. I rubbed at my eye, feeling the phantom pain behind it for a few seconds. The reminder serving to piss me off even further, since I had lost the one girl for me because of him.

I pushed the shot glass out of the way and tipped back the bottle. I welcomed the burn. Maybe it would make me feel something. A hand clamped down on my shoulder and I groaned.

“My babysitter is here for the night, huh?”

“Rhys, seriously. How in the fuck are you supposed to show up for work in the morning if you’re hungover? Again.”

“Micah, I don’t really give a fuck about this stupid construction job.”

“You want to get her back don’t you?” Although there was two of him, so I glared more in his general direction. He held up his hands. “Sorry, stupid question. We just have to do enough to get the company started; six months as long as we stick to the plan.”

“Yeah, then enough time for us to get things going. A year or year and a half tops.”

I sighed and pushed the bottle towards Micah. “Fine. I’ll do this, but I really fucking hate it.”

“I know you do baby bro. Write her a letter, tell her you’ll be back for her.”

I closed my eyes. If he only knew. I had written a letter, but it was to protect Mandi from ever finding me or attempting to look for me. There was no way I wanted her where my dad could touch her. That sick fuck deserved a painful death. I needed to make something of myself because as it was now, I didn’t deserve her. Eventually I would go back for her, but until then I had to make sure she wasn’t wasting her time waiting for me. If she found someone else, I would leave her alone because Amanda Connelly deserved to be happy, with or without me.

The key slipped into the lock and the door opened silently. My footsteps were muffled by the soft carpet underfoot. A soft yip filled the quiet house and a smile curled my lips. Little claws snagged on my jeans as my puppy tried to climb up my legs. She was determined to lick my face.

I picked up the wiggling puppy and she immediately went for my nose. My new jack Russell puppy was adorable. Two weeks ago the silence got to me; I broke down and went to the humane society.

After putting Lucy back down on the carpet, she pranced her way around my feet as I set down my purse and keys. We made our way to the kitchen. By now, she knew the routine. The spoiled little girl led the way to get her afternoon treat.

I wanted my afternoon treat too. The wine was sweet and slightly tart on my tongue, a perfect blend for my day. Lucy followed me out onto the small deck. We spent most evenings out here because the quiet of the house was overwhelming, even crippling at times.

When I bought the house five years ago, I thought I would be filling it with a family. Now I was considering putting in on the market and moving to a small condo. There was a vacancy where my friend Gage lived. He liked his place, and at least if I was running late he could let Lucy out.

I snapped out of my pity party as Lucy jumped into my lap. Her soft tongue licked my cheek and I thought she might burst from excitement.

“Gross. No kisses.” I laughed as I said it. She looked pathetic and I buried my face in her soft fur. “I know how you feel, puppy.”

Damn it. I was running late again. Violet was going to freak out. This was the second time in a week that she’d had to wait on me. I ran into the restaurant and waved at the hostess as I went flying by her. Violet glanced over her menu and smiled as I sat down across from her.

“Is everything okay? What can I do to help?”

Oh god, if she kept being nice to me I might cry.

“It was nothing. Just a bad day on set.”

She frowned. “What are you working on now? You finished up in Canada, right?”

I sighed. “Yes, thank goodness I’m done there. Canada itself isn’t bad, but the work was exhausting and if I ever have to work with that director again I’ll quit. He’s an idiot. I’m terrified that something will go wrong and I’ll have to go back out there to shoot something else. The last few scenes we shot, the lighting seemed off. I guess it’s just a waiting game now though.”

“So what are you working on now? I didn’t even know you had auditioned for anything.”

“It’s a new indie thing. One of my friends from a previous gig asked me to do it as a favor. I think I’ll really enjoy it, but you know how stressful everything is in the beginning.”

“I remember and I definitely don’t miss it.” A soft smile curled her lips, and I was instantly jealous. Here she was chasing her lifelong dream of law school, and I was doing the same thing over and over again. Her husband Jaxon was so supportive of her. It was enough to make a girl green with envy.

“So how’s Taylor doing? It’s been a while since I’ve talked to her.”

“She’s in Vegas with Emmy this weekend. I think she needed to get away for a while. I’m really worried about her and Stephen. They’ve been all over the place. Honestly, I thought they would have figured it out by now.”

The waitress took our orders and I decided on a very strong vodka tonic. Violet stared at me in concern. Come to think of it, I don’t think she had ever seen me drink liquor before. I was normally a red wine kind of girl.

“I’m fine, I promise. It’s just been a long week and I want to relax.”

“Okay,” she said drawing it out. She totally didn’t believe me.

“Really. I promise I’m not developing a drinking problem.”

She laughed and I saw the tension go out of her shoulders. Alcohol was a touchy subject for her since her mother was an alcoholic. I know she worried about Taylor’s drinking more than she wanted to admit.

“So what’s going on with you other than this new indie thing?”

“I’m thinking about putting my house on the market.” I took a drink as she stared at me incredulously.

“You
love
that house.”

“I’m not home enough to enjoy it now. It’s time to get something smaller.”

Why did I bring that up? That was a bad miscalculation on my part. Violet knew what that house represented to me and why I loved it so much.

“How’s Harper?” She let me change the subject, but I could tell she wanted to say more.

Luckily Violet could go on for hours about her beautiful daughter. Harper had been a complete surprise, as had her secret marriage to Jaxon when we worked together a few years ago. I had escaped the questions for now, but something told me I wouldn’t be able to dodge them forever.

The Last of the Savages by Jay McInerney
Second Chance by Chet Williamson
Untamed by Nora Roberts
This Heart of Mine by Bertrice Small
All the Ugly and Wonderful Things by Bryn Greenwood
All Through the Night by Davis Bunn
Silvern (The Gilded Series) by Farley, Christina
Forever by Pete Hamill
The Civil War: A Narrative: Volume 1: Fort Sumter to Perryville by Shelby Foote
Blood Kisses (Nightwalkers Book 1) by Sieverding, H. N.