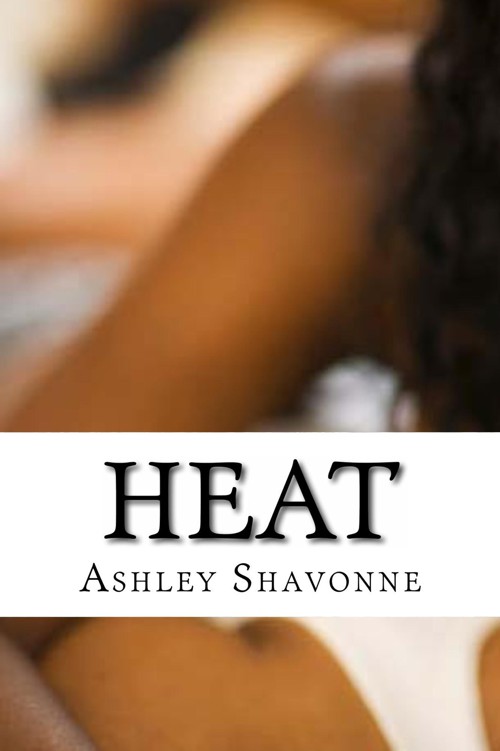 This book is a work of fiction. The names, characters, and events are products of the author’s own thoughts. Any resemblance to actual events, persons, living or dead is entirely coincidental. All imaging rights go to respectful owners. All rights reserved
. Copyright. 2013 by Ashley Shavonne.

Everybody has a secret

The room was still. So many emotions. The distance between the three bodies still wasn’t enough. Not now. I stared at him while he stared at m
e. She looked at him. I opened my mouth but nothing came out. I glanced at her then back at him. The anguish in his eyes let me know what
she
said was true and what they did
together
was true. Just seeing his eyes, made my heart break into two. This man th
at I loved for eight years, this man who just proposed to me in the most perfect way, this man who this whole time had betrayed my trust all this time. She opened her mouth to speak this time and he held his hand up to silence her.
Her hand tightened
aroun
d the white paper she had. My heart thumped loudly. There had to be two possible results on a paper like that: pregnancy or a disease. I prayed it wasn’t a disease. For the life that I carried in my body would be in danger. I was just telling him that I wa
s pregnant with his child when she barged
in. Still in the back of my head,
I wonder how she found us. He had taken me out to dinner to my favorite restaurant and we went to his suite he rented for the night. I closed my eyes, hoping it would go away but w
hen I opened them she was still there. The pain began fresh all over again. She stomped forward and smacked the paper into his chest.

“I’m pregnant!”  I dropped my head, and then snatched off the ring he just gave me a few moments ago.

“Please don’t take
that off!” he protested. I walked by him, smacking the ring into his chest on top of that paper. I grabbed my coat and purse then headed towards the door. “Ramona! Stop!”

“No she can go.  You have to take care of your child. She is the other woman.” I st
opped and turn around. To be called the other woman to a man I’ve been with for eight years was way out of line.

“No Monique. You’re the other woman.”

“You told me you love me!’’ she screamed.

“I don’t love you okay now you got to get out here.” He
grabbed her by the arm and pulled her to the door.

“No stop lying. You do love me. You’re just saying that because she is standing there.”

‘GET OUT!” he yelled, flinging her out the open door.

“Ray!” He slammed the door and look at me with the most piti
ful face ever.

“If she didn’t showed up you were never going to tell me were you?”

“Thought so. By the way I’m pregnant too.” I turned and left
the room. Once inside the elevator, I felt as if I couldn’t breathe. The door opened and I walked quietly to my car in the garage. I snatched open the door and stopped. “What the hell? You have a lot of nerve.”

“I don’t care what you two had it’s over now
. When he comes to his senses, we are going to be together and raise our child.”

“Well I got news for you honey. You and your baby won’t be the only ones in the picture,” I patted my belly and continued “I got his baby.”

“August 5
th
” I sneered, “You have a nice day.” I got in my car and slammed the door. I started the car and pulled out fast. She jumped out of the way and I sped off. I pulled out the garage and went the opposite way of my ho
use. If I knew Ray like I did, he would be sitting on the couch waiting for me, with that damned key I gave him a few years ago.
Anywhere
but home sounded so nice right now. I also knew I wouldn’t see the last of this Monique and her
child
. I sighed aloud.
How the hell was I going to get through the next seven months with her in the picture? What Ray did was unforgivable and I really won’t have anything to do with him if her child turned out to be his…..

E
verybody has a secret

This affair was going on for
far too long. When would he tell her that he didn’t want to be with her anymore? Words of love wanted to pour out her mouth but he was married. Why was he still married? Skin like milk chocolate. 6’3. He was fine with his clean hair. His name, Sutton Jack
son. He pumped solidly away to the girl he was on top of. The girl on the bottom, Madison Ann Parks, who had caramel skin with clear blue eyes with an hour glass body. Her blond streaks that were natural form went good with her light brown hair. She was th
e mixture of her beautiful Cuban mother and her white father.

“You like that?” Sutton grinned. He like the fact, he was screwing her. Nothing better but to brag about how he, Sutton fucked Madison’s brains out, with Madison being an
actress and all. His wife, Victoria waited faithfully in bed. The climax was reaching its peak. Sutton shuddered and came inside the condom. It was playing it safe all the way. He withdrew, tossed the rubber, and started to dress.

“I have to get home Mattie.”

“You should shower first. After all you don’t want her getting jealous coming home, smelling like sex and me.”

“You’re right babe.” He disappeared into the bathroom and the shower went to work. Madison stayed in her
bed and thought about her life. She was in the middle of shooting a movie. Lived in this huge house by herself except with her cat, Brian O’Conner, which she named lovingly from Fast and the Furious. She did her best to hide from paparazzi when she out wi
th Sutton didn’t want
Victoria picking up a tabloid and seeing them together. Madison knew Victoria well. They used to be college roommates after all it was her, who introduce them to each other. She soon fell asleep but knew when Sutton left when he kisse
d her goodnight and pinched her on the ass.

Madison stood on her movie set during takes, when the biggest surprise walked past security.

“Madison!” Victoria called. Reluctantly Madison walked over to them.

“What are you doing?” The question was meant
for Sutton but Victoria answered.

“Visiting you of course. Last night Sutton said he saw you and you invited us here.” Madison cut her eyes at him.

“Yeah I remember. Well we’re between takes right now so let me show you around.” She showed them the entire
the set. Halfway through the tour, Victoria had to leave.

“Sorry. I have an appointment.” She gave Madison a hug and Sutton a kiss then left. Once she was gone, Sutton pushed Madison behind a trailer and kissed her.

“What were you playing at bringing her
here?”Madison snapped.

“She was questioning me when I got home so I had to lie so don’t worry baby.” He whispered.

“Ms.Parks you’re needed.” She pushed him away and took her place on set.

“Lisa please” he begged. She opened the door.

“You should come with me now. There’s been an accident.” They exited through the door.

“Cut! That’s a
wrap for today” George and Madison left the set.

“Madison you know the Oscars are coming up.” She nodded.

“Congratulations on the nomination.”

“Thank you.” Madison waved to everyone on the set and got inside her waiting limo.

“Where to Matti
e?” her driver, Ty asked.

“To Tammy’s house then out for some shopping please.” The limo started moving.

“Really good.” Madison rumbled through her purse. She dumped all the contents out. Her lipstick tube rolled off the seat. As she wen
t to grab it, her cell vibrated.

“Ms.Parks, its Jill. I’m calling to deal with your things to be prepared for the award night.” Jill, her agent for seven years. Always dependable.

“How about I come in tomorrow to get everything all worked out?”

“S
ounds great. See you then.” Madison ended the call, then hit the speed dial number for Tammy. She answered in the third ring.

“What do you want?” Her heavy accent filled the line.

“I’m on my way to you and good morning to you sunshine. Get ready.”

“Okay
but I’m bitchy. I’m on that curse.” She complained.

“Take some Midol. Be there soon.” She hit the end button and put the phone back in her bag with all her other things. She sat back and studied her driver through the mirror. He been working for her for se
veral months now and the usual limo small talk was all they had. She bit her bottom lip, studying his profile. The c
r
eases in his smooth skin around his kissable mouth. Madison shook her head and gave a little laugh.
Here am I messing around with someone’s
husband and checkin’ out Ty
, she thought. She turned her attention out the window, when Tammy’s townhouse complex came into view. Tammy was already standing outside. Madison lean over and open the door. Tammy slid in next to her and they were on their
way. “Girl you won’t believe what Sutton did today.”

“Mattie I don’t understand why you keep messin’ with that man. He’s freakin’ married but what happen?” Tammy asked. Tammy, her best friend, was born Tamela Reya Morrison. She stood at the same height as
Madison, a fact that never changed since childhood. Her silky black hair fell in a bob and her brown skin complimented her green eyes. They grew up together, having each
other backs and being a shoulder to cry on through each heartache and heartbreak.

“We
were together again last night then he goes home to his wife, who he brings to my job by the way. I’m tired of being the other woman. I’m tired of his promises. Can you believe that?”

“I can believe it. That’s who he is. I’m tellin’ you he on some other sh
it real talk. I see him all the time with his boys. All of them dressed up and ain’t doing nothin’ but standin’ on the corner, sellin’. He’s a drug dealer and you don’t need to be tied up in that kind of mess.”

“No he’s not.” Madison remarked.

“
Yes he is.”
Madison rolled her eyes at Tammy, and then looked towards the window. Sometimes she couldn’t stand when Tammy would dog talk Sutton. He was good to her and treated her right. She knew she was being naïve about him leaving his wife but he still wanted her
so that had to count for something. They got to their destination and climbed out the limo.

Worth Taking The Risk by Bennie, Kate
Unspeakable Things: Sex, Lies and Revolution by Laurie Penny
Predator's Serenade by Rosanna Leo
Secrets by Raven St. Pierre
The Gospel in Twenty Questions by Paul Ellis
A Proper Charlie by Wise, Louise
Highway Song: A Smokey's Roadhouse Novel by Jessa Jacobs
I Love You More Than by Kortni Renea
A Very Good Man by P. S. Power
Drag Queen in the Court of Death by Caro Soles