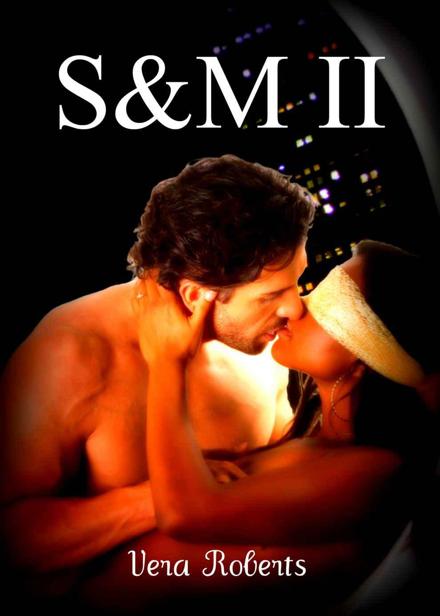 For My Lovelies, Dahlings, and Freaks…thank you for supporting me. Part II is dedicated to you and you only.

The sheets were crumpled up in a heap on one side of the bed. Used condoms filled up the nearby trashcan, a count of five. The wall had markings from the headboard hitting against it throughout the night. She woke up wondering if she was in a dream and everything that took place was just a part of her twisted fantasy.

It wasn’t. Everything did happen. And often.

The morning after their sex marathon, Mariana woke up to an empty bed. She looked around for Scott and heard the shower running in the background. She walked to the bathroom and saw he was in the shower. She figured he wouldn't notice her so she proceeded to freshen up a bit.

She stood in front of the mirror and briefly looked at herself. Evidence of the prior night was written all over her face: the exhausted but dreamy eyes; you know the look one gets when they had a truly orgasmic experience. The never-ending smile that kept reappearing no matter how much she tried to get rid of it. Indeed, Scott gave it to her like no other man had or probably ever will. It was going to be a great start to a mutually beneficial relationship for them both.

She splashed some water to wake her up and reached for a nearby towel to blot her face. When she removed the towel, she looked at the mirror and was startled to see Scott standing behind her.  Water glistened on his chest and his ebony hair was curled. He had a smile on his face.
"
Do you want to join me?"

"I thought you were busy…" Mariana had to force the next word out. "…Master."

"I'm only your Master when we play.  When we're not playing, I'm just Scott." He smiled.

"Good to know," Mariana turned around. "I should be on my way."

"You didn't answer my question, Mari. Did you want to join me?"

She was wary from the previous night. She was still quite sore. "Is it going to hurt?"

Scott grabbed her hand and led her into the large shower. "I promise I'll be gentle." He closed the door behind them and held the showerhead over Mariana's head. She closed her eyes and let the warm water rained over her body. Scott stood behind her and washed her body with a loofah. He soon discarded the loofah and rubbed his hands all over Mariana's body. He cupped her breasts and worked his way down to her navel.

"Spread your legs," he instructed and Mariana complied. Scott poured a little soap on his hand and created lather. He gently worked Mariana's heat, cleansing her thoroughly. He grabbed a free shower head and poured it over her body. He moved the showerhead to her heat and turned it onto the pulse setting. "Hold onto me," he told her.

Scott turned off the shower and helped Mariana to the vanity area where they dried off. He picked her up and carried her back to his bedroom where they made love for the rest of the day. Mariana found she loved being on top. She could control her orgasm and roll her body back and forth on Scott's thick cock. "Mmm…" she purred."Your cock is perfect…"

Mariana Harlow woke up in the middle of the night, dry-humping her body pillow.  Her sheets were soaked with her sweat and her throat was parched. Scott had such a grip on her she was dreaming about him. "I can't escape that asshole even if I tried," she whispered.

"Mari?" Mariana's roommate, Sarah, knocked on her door. "Are you okay?"

Los Angeles. Even the name sounded exotic.  Either you loved it or loathed it. It was full of skyscrapers, sandy beaches, and unbelievable climate. It was full of homelessness, nightmare traffic, and random violence. It was the land of ‘Class and Trash’ as one of Mariana’s professors once put it. The place you can see a movie star every few minutes and a block later see what could really happen to the human form on Skid Row. It was a melting pot of different cultures, ethnicities, and food.

It was an exceptionally beautiful day. The sky was blue – a soft baby blue, with a few clouds in the sky. The weather was a surprisingly humid 95 degrees. It was the type of weather where one started sweating within a five minute walk. It was the perfect day to venture out to the local Starbucks, pretend to be someone important, and work on the Next Big Thing.

Mariana gave up Starbucks a long time ago. It wasn't that she hated the coffee; if anything, she loved it. She hated what it did to her wallet. It was that whole 'changing her spending habits' bullshit she convinced herself to do time and time again. But today was a special day. It was a new beginning and she wanted to treat herself a bit. No more stress, no more worries, and no more bullshit – just the way she liked it.

Her credit card debts were almost paid off and she could easily see the finishing line from her standpoint.  From her cleaning job, she pocketed enough change to clear up a quarter of her debt within a couple of months. Mariana figured she'll be completely debt-free by the end of the year. She had one more year left of school before she entered the workforce and crazy commuting schedule.

Things were looking up for the 24 year old.

She ordered a grande Iced Carmel Macchiato and forgot how diabetes-sweet it was. She sipped it carefully and let the cool liquid ease down her throat. She might feel sick later on but it would be worth it. It'll make her forget about him. Or maybe a shopping trip to the nearest Coach store was in order to forget about him.

Him. Scott Reed. Just thinking about him made Mariana readjust her seating position. She already visualized his tongue licking her naked body and how easily her nipples perked up when she saw him. His body nestled perfectly between her legs and his cock? Wow. His delectable and thick cock was perfect. Mariana shook her head to relieve herself of the memories.

She opened up her Macbook and began to apply at different internships for her marketing major.  Mariana decided the best way to get over Scott was to throw herself into her studies.  After taking a marketing class during her freshman year, she decided marketing was what she wanted to do for the rest of her life.

It was her senior year and she needed to get her feet on the ground running for a great job. It was something Mariana was not exactly looking forward to. It meant she had to grow up and be responsible.

She looked at the internship list provided by the marketing chair and was a bit overwhelmed. There were so many different companies and all sounded promising. But the one she wanted was McCormick and Sheppard. They were the marketing/PR firm of all firms, specializing in advertising. They were the firm other
marketing firms admired. They didn’t just set the bar; they
were
the bar.

It was a new day.

"There's this guy I went on a date a while back." A blonde woman began to say to her brunette friend at the coffee shop. "He is absolutely
amazing
in bed."

"Oh really?" The brunette was intrigued. "What does he do?"

"It's more like what doesn't he do!" The blonde laughed as her friend joined in.

"He's pretty aggressive." The blonde licked her lips as she reminisced. "He likes to pull hair and slap my ass."

"Ooh, kinky!" The brunette was intrigued. "Are you done with him because I think I want a piece."

"You were always so selfish," The brunette jokingly replied, "so what does he do?"

"He's some executive, I don't know. I know he's rich. He drives a really nice Mercedes."

"You got yourself a rich one! Alright, alright!" The brunette laughed. "When are you going to see him again?"

"I don't know. He's been super busy as of late. I haven't seen him in about a couple of weeks."

While Mariana couldn't tell if the women were talking about Scott, she had the feeling they were. All signs pointed to '
No, he doesn't give a fuck about you, girlfriend!
' He had her phone number, she didn't have his. He knew her schedule, she clearly didn't know his. He seemingly got over her. Well, she wished she could say the same.

No longer wanting to hear the sexual exploits of the women next to her, Mariana packed up her belongings and headed home. She felt sick. She wasn't sure if was the lack of Scott, the nauseating sexual conversation or the too-sweet coffee that did the trick but she felt like heaving.

Her guess was Scott.

One month. It had been a long month. She felt stupid for even counting down the days. She felt even stupider for even believing him. Was a man like Scott Reed really going to be her boyfriend? Was he her boyfriend? Or was he a fuck buddy?