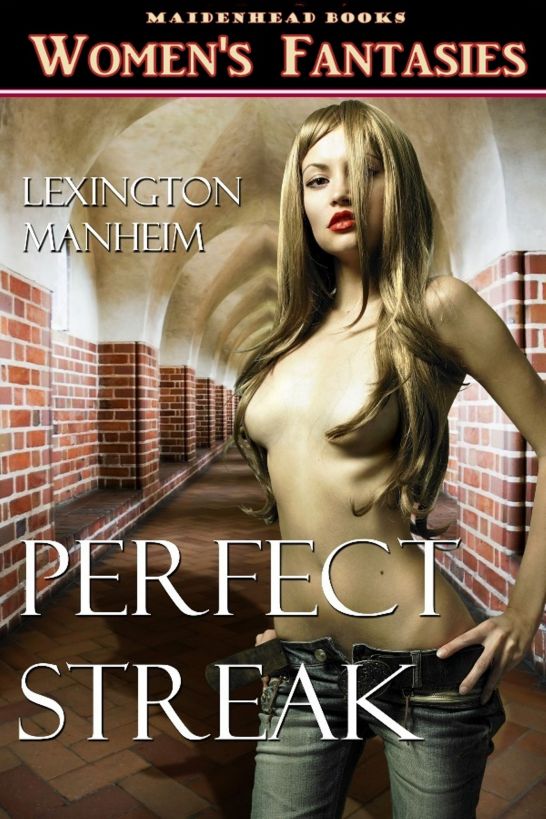 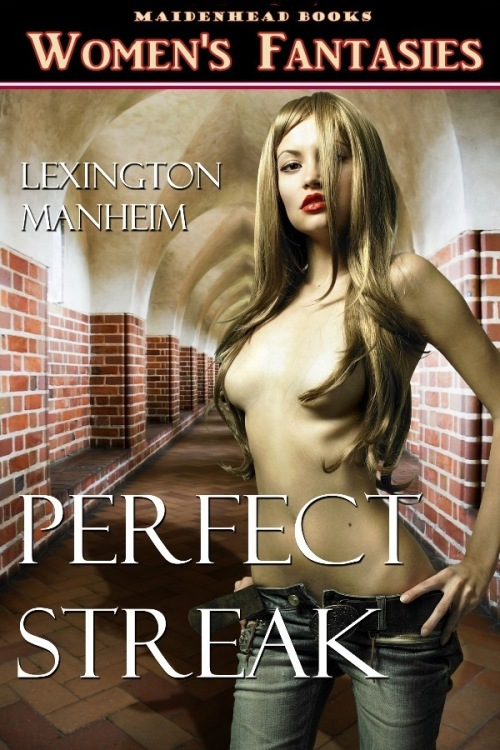 I The Master Plan

Hildy Bowlers admired the
brown paper bag that rested beside her on the desktop. The two
carefully cut out circles in the sack gave the amusing appearance
of something that was looking right back at her. Employing a little
imagination, a horizontal crease in the paper almost simulated a
sort of devilish smile. It was as though the bag were smirking to
Hildy, “In a little while, I’ll be all that stands between you and
the most embarrassing humiliation you can think of!”

The desk on which the
20-year-old Hildy sat was that of Ms. Pantaget, Valefour Academy’s
art professor. Ms. Pantaget wasn’t in school that day. Fridays she
taught a creative expression class through a remedial education
program at the state prison. She provided the inmates with what the
state hoped would be an artistic outlet for channeling their
emotions through charcoal drawings of fruit and other non-dangerous
still-life objects. It meant that the school’s art classroom was
deserted—except for Hildy, who, as a student assistant to the art
professor, had a key and full access to the room at any time during
the hours the school was open. Hildy helped by setting up paints or
other art supplies before Ms. Pantaget’s arrival and sometimes
organizing things during the professor’s absences on Fridays. The
professor said the janitors were too abusive of the materials when
they cleaned up the room. So she preferred having one of her
students set up and stow away the art supplies and Hildy was her
choice. Art classes never had written exams, so there was no
sensitive information kept in the classroom, and no reason to
believe Hildy couldn’t be trusted unsupervised in the room. As a
well-behaved student, she’d earned that trust.

That the classroom was—and
would remain for the rest of the afternoon—void of its teacher and
any other students was essential to the plan. Combining that with
the room’s proximity to the Assembly Hall made it the perfect
location from which to launch this particular caper. In fact, Hildy
marveled at the perfection of the circumstances that existed to
allow for her plan to leap from being a wild, sexy fantasy to a
doable reality. It was finally going to happen. This was going to
be the day. It was all going to begin and end in this room. She
could hardly wait to get her clothes off.

Hildy’s daydreams were
disturbed by the sound of the door opening. Cindy Wicks poked her
blonde head in. Undoubtedly, the first thing Cindy noticed was her
friend, Hildy, sitting barefoot and cross-legged on top of the
professor’s desk, her shoes lying on the floor. Hildy waved for
Cindy to come inside, which she did, careful to make no sound as
she closed the door.

“
Where’re the others?”
whispered Hildy.

“
Anybody see you heading
here from the girls’ room?”

Hildy held up her brown
paper bag for her friend to see. Cindy reached under her shirt and
produced from it a nearly identical brown paper sack with cutout
circles similar to those in Hildy’s bag.

They looked at each other
for a moment and giggled. Hildy held her index finger to her lips
and shook her head.

Cindy plopped into a
chair. Her feet shuffled and she played with her fingers. Anyone
could tell she wasn’t at ease in this environment. The art
classroom was Hildy’s world, not Cindy’s.

The first thing Hildy did
after keying into the classroom was to draw down the shades to the
base of the windows. It blocked some, but not all of the bright
sunlight that squeaked through the sides of the shades. Ms.
Pantaget often did that to prevent extraneous sunshine from
overwhelming the room. So Hildy was positive this wouldn’t draw any
special attention from outdoor passersby. Also, the art professor
long ago taped black construction paper over the door’s vertical
glass window pane so as to block out any flickering fluorescent
corridor light. No one could see in. Within the confines of the art
classroom, they had complete privacy.

The door opened, giving
the girls a little start. Both grabbed for their paper bags as if
they were top secret plans and stared at the entrance. It was Susan
McGruder. No problem. Susan was expected. Hildy and Cindy held up
their paper sacks as though they were part of a secret salute.
Susan held out her own paper bag.

Dara Javitz’s heart beat
faster than usual as she rinsed her hands and gazed in the restroom
mirror.
What the fuck am I doing?
she asked herself over and over. This was Hildy’s
idea. Why had she agreed to go through with it? What possible good
could come of this? And the possible
bad
that could result… Well, the
very thought of it caused a tightness in her chest.

She snatched a couple of
paper towels from the dispenser and began rigorously drying her
hands as she inhaled one deep breath after another. “Just
don’t…just don’t,” she mouthed to herself. But, even while her
internal voice waged a battle in her mind, her body kept right on
moving out the door and down the corridor in the direction of the
art classroom and the dreaded plan. Her friends waited inside and
they’d be mad if she delayed. It was just another case of peer
pressure being the all-powerful trump card that eggs on young
people who otherwise would never dream of doing the things their
friends tell them they must do.

Had Dara seen or heard
anyone else when she entered the corridor, she’d have aborted the
whole plan right there, and explained to her friends later that it
was for reasons beyond her control. However, no one was in the
corridor or classrooms. They were all in the Assembly Hall for the
annual awards ceremony, which had begun at 4 p.m. All students and
faculty were expected to attend the event when it was held each
year in early May. It was the school’s big hurrah for those who had
achieved academic excellence, extracurricular achievement, or other
distinction. For the duration of the event, the remainder of the
school would be a veritable ghost town. That’s what Hildy had
counted on when she first proposed the plan. Dara had to admit that
Hildy’s prediction about the empty halls was right on the
mark.

Dara approached Room 118.
She gave a nervous look up and down the corridor, just to be
certain she wasn’t observed. Then she flung open the door and
darted across the threshold. The suddenness of Dara’s entrance
caused the three other girls to jump. Hildy and Cindy, both of whom
had hair that fell below the shoulders, were in the process of
pinning up their long locks. When the door swung open, Cindy
startled and dropped a pin.

“
Sssshhhh,” Cindy
cautioned as she felt about the floor for her pin.

“
Got your bag?” Hildy
asked Dara.

Dara nodded. The three
other girls looked at her with expressions that asked, “So where is
it?” Dara understood, untucked her shirt from her pants, and began
fumbling under her blouse for the item hidden beneath. When the
fumbling took too long, Susan made a face of exasperation while
Hildy and Cindy finished pinning up their hair. After a few more
seconds, Dara sheepishly produced the desired article, her own
paper bag with cutouts. Hildy gave everyone two thumbs up. Phase
One was complete. It was time for Phase Two—
stripping
.

Taking a blouse button
between thumb and forefinger, Hildy whispered “Okay” in a singsong
tone that indicated the rest of the unspoken sentence was “you know
what to do next.” The three other girls followed suit, beginning by
removing their shoes. Hildy, whose shoes were already off,
unbuttoned the front of her blouse. Any hopes Dara harbored that
the others would chicken out and bring the plan to a halt
disappeared when Susan pulled off her top to reveal a pink bra. To
Dara, the appearance of that bra meant this was really going to
happen. The pace of the disrobing quickened. Soon all the girls had
their shirts off. Hildy slid her pants over her ankles.

“
What’s that?” squeaked
Dara, giving the others a panicked start that sent them into
cover-up positions.

“
What?” asked Cindy in the
softest of whispers.

“
Did anyone hear that?”
Dara gulped. She was closest to the door, and she stared at it as
though she expected it to swing open any moment.

“
I dunno. I thought I
heard something.”

“
Dara, is someone outside
the door?” Cindy asked.

Hildy, who was in the most
ungainly of positions—her shirt off, her pants hanging on by one
ankle, and her knees drawn up against her brassiere clad
boobs—finally spoke with the quiet insistence the moment
required.

“
Well, is
there
?” she asked a trembling
Dara.

“
Is the door locked?”
Susan inquired.

“
Obviously not, if you all
just walked in,” responded Hildy.

The girls just looked at
one another. Susan turned toward the girl closest to the door.
“Dara…?” she said, motioning her head in the door’s direction. Dara
didn’t need further instruction. Holding her shirt over her front
torso, Dara tiptoed on bare feet to the door to perform the obvious
task. Holding their breaths until they heard the familiar click,
the girls exhaled in unison, reassured no one would burst in on
them. It was safe to go back to taking off their
clothes.

Had someone walked in, it
would’ve been impossible to explain. Four girls getting naked in a
deserted classroom? What reasonable explanation could they
give?
It was too hot to wear clothes? They
were checking each other for moles? Nude models for the art
class?
What class? There were no students,
and not even the professor was there. What’s more, Valefour never
used figure models in its art classes. It was considered too risqué
for the conservative institution where parents sent their sons and
daughters to receive a proper and dignified education for two years
before transferring to a university. It would’ve been the
inglorious end to Hildy's master plan had a stupid and preventable
blunder caused the four of them to be caught with their pants
down—literally.