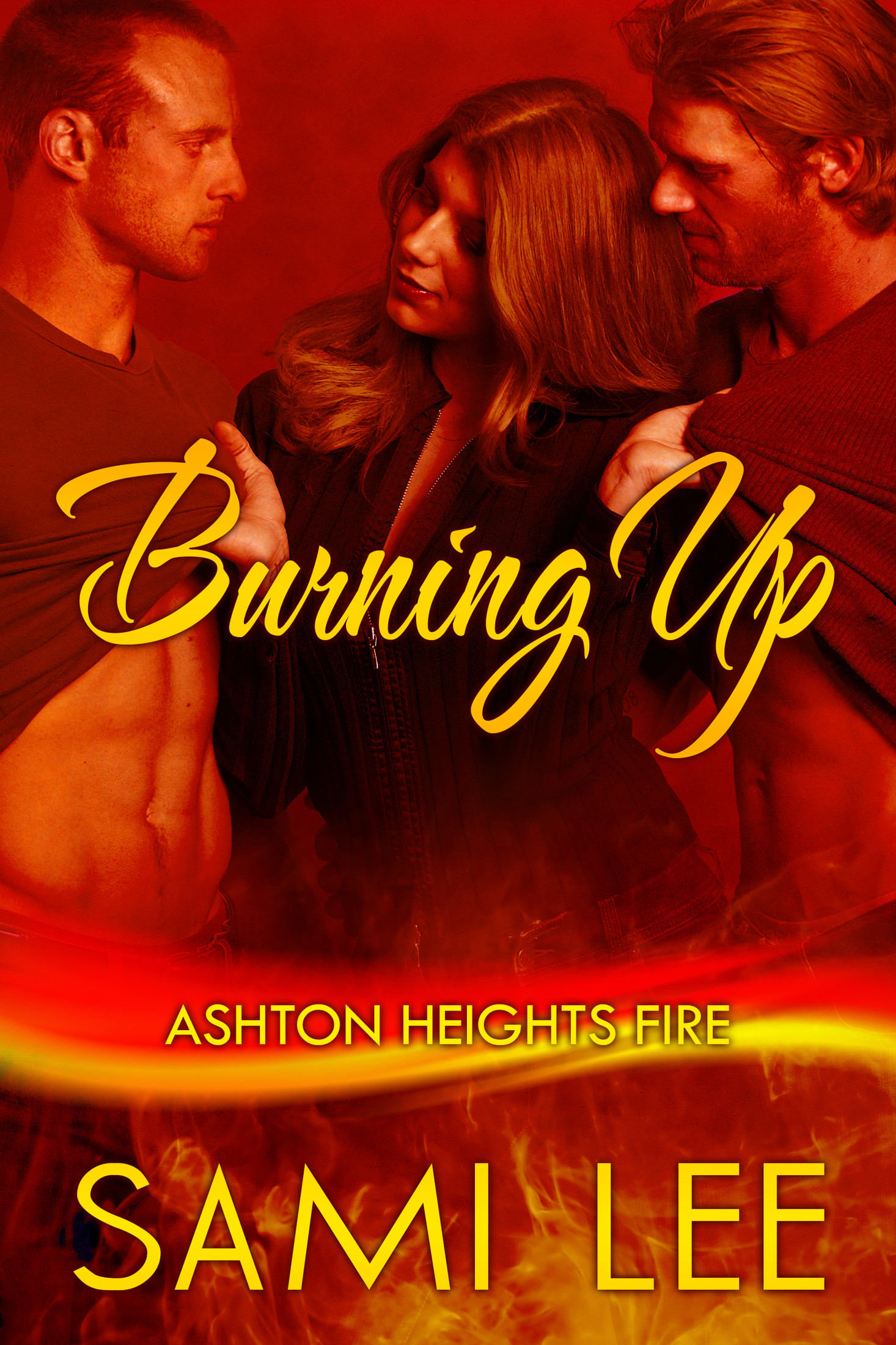 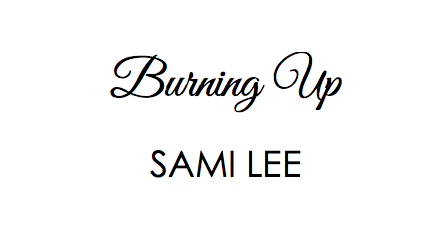 Pam Spencer is sick of looking for love in all the wrong places. Sure, she wants a solid relationship, but if steamy casual sex is on offer, who is she to turn it down? Especially when the offer comes from not one, but two smokin’ hot firefighters.

eBooks are not transferable.

All rights reserved. No part of this book may be reproduced in any form by any electronic or mechanical means—accept in the case of brief quotations embodied in critical articles or reviews—without permission.

To Ro, for the idea.

And to the Divas, for being the best writing buddies in the world.

Pam Spencer drove slowly down the street, searching for a parking space far enough away from the house her friend Erica Shannon shared with her two boyfriends so her car wouldn’t be seen. Erica was throwing one of her men a surprise birthday party and everyone was under strict instructions not to give any clues.

Pam could still hardly believe Erica had
two
boyfriends, not that you could call either Dale Griffin or Corey Wachawski
boys
. They were firefighters and just about as manly and buff as you’d expect men who fought fires for a living to be. Although their three-way relationship, which had been going on for eighteen months now, seemed so natural and beautiful, Pam still shook her head on occasion when the reality of it hit her anew. As a striking redhead, Erica had the looks to get a man’s attention, but she was also the shy, quiet type. Pam had no idea how she managed to snag herself two such fine specimens of manhood, let alone how she managed to keep them.

You wish you knew. Then maybe you could get a bit of that kind of action for yourself.

Pam laughed as she found a spot around the corner from the party house and quickly nosed in. Keeping men was not her strong suit, and she wasn’t much better at snagging them. At thirty-two, she was beginning to wonder if a stable, long-term relationship was in the cards for her.

Pam threw her keys in her handbag and climbed out of her Toyota. She started when a voice called, “Hey, Pammy.”

She turned to find Steve Waller walking towards her in the late afternoon light. Pam barely managed to stifle a groan. Figures the only spot on the street would be directly behind his car. Steve was a firefighter too, a friend and colleague of Corey and Griff’s. And he was a giant pain in her behind, a monkey in her wrench, a black fly in her Chardonnay. Pam was sure he only called her
Pammy
because he knew it annoyed the shit out of her.

Steve flashed her the smile that he
thought
was killer and gave her appearance the once over. “You’re looking good.”

Pam glanced down at her casual ensemble of blue jeans and a white cami top beneath a loosely buttoned black cardigan. Griff’s surprise birthday party was only a casual evening barbecue, so she hadn’t even bothered with high heels, instead choosing her black patent-leather ballet flats. “Yeah, right.”

Steve, of course, did look fantastic in a pair of jeans and a grey T-shirt he’d probably pulled out of the laundry basket. With his thick brown hair, firm, ultra-fit body and twinkling baby blues, he didn’t have to do a damn thing to look good.
Bastard.

Steve rolled his eyes. “You try to give a lady a compliment.”

Like you thought one casual compliment would be enough to melt my knees.
No way were her knees melting for Steve Waller. Yes, he was good looking and his swagger could be downright sexy if she let herself think about it, but she was not interested in being another notch on Steve’s bedpost. He acted like he could have any woman he wanted, and from what Pam had witnessed at the Sovereign Hotel—the local pub she and Steve both happened to frequent—over the past eighteen months, his confidence was probably justified.

Which made it all the more irritating.

Before Pam could launch into a speech about his attitude towards women, the passenger door of Steve’s car opened and Rob McConnell got out. Pam straightened hurriedly, trying not to look like such a slouchy grouch. With the curly blond hair that gave him his nickname of Curly and his broad, toned body, Rob was a golden god who made her want to display herself in the most attractive way possible. At twenty-five, he was too young for her, but she couldn’t help her reaction. It was pure instinct.

Rob smiled when he saw her, presenting her with his cute dimples. “Hi, Pam. Wow, you look pretty.”

Pam beamed, heat flushing through her. Talk about a knee-melter. Rob was one for the ages. She couldn’t imagine how many hearts the boy had broken. “Thank you, Rob.”

“Oh, so Curly gets a thank you and I get sarcasm?”

Pam sent Steve a sharp glance. “He said it the right way.”

Steve walked between the cars and joined her and Rob on the grass. He looked down at her and for a moment she thought she saw something serious in his blue eyes. “I meant it.”

For some reason, that look made her heart jump. Why, she had no idea. She and Steve Waller had been trading insults at social events for over a year now. He teased her for resorting to online dating and she accused him of being a manwhore. The light-hearted acrimony was kind of their thing. The
only
thing she was ever going to have with Steve Waller. Her heart had no business jumping because he was looking at her like she was something he wanted to eat for dinner.

What was going on here?

“Jeez, woman.” Steve shook his head, breaking the momentary spell that had settled over her. “You’re painful.”

“And we’re back,” Pam muttered, turning away from Steve and smiling at Rob. “Robert, would you like to escort me to the party?”

Rob bent down a little to accommodate her lesser height and stuck out his elbow. “I’d be honored, Pamela.”

Pam giggled and hooked her elbow through his. They began walking the short distance to their destination. Soon enough, Steve caught up with them, walking on Pam’s other side. “Now you’re making me look bad, Curly,” he grumbled and stuck out his elbow too.

When Pam didn’t immediately take him up on his implied offer, Steve grasped her hand and curled it around his biceps. Hard muscle flexed beneath her fingers and once again her heart performed a gigantic leap. This time the acceleration of her heart rate was accompanied by a host of warm squishy feelings in her stomach and, shockingly, down lower.

She was turned on. Her panties were getting wetter with each step she took, and her nipples beaded against her cami top. Thank God, she’d worn a cardigan even though the late March weather didn’t really require one. One of the few advantages of being small breasted was that she could go without a bra most days, something she’d chosen to do today.

If she hadn’t been wearing her cardigan, all of Erica’s neighbors, not to mention Rob and Steve, would have gotten one hell of a show.

“Thanks for walking me, guys.” Pam’s voice came out raspy and she cleared her throat before she continued. “I can take it from here.”

But they wouldn’t let her escape so easily.

“It would be rude not to take a lady as far as she needs to go,” Rob said.

Steve chimed in with a droll, “I always finish what I start, Pammy.”

Pam had to fight to breathe. Was it her imagination, or where they speaking in innuendoes? Their words put images in her mind, images of having Rob take her as far as she needed to go while Steve finished her off, neither of which was improving her situation.

Pam had no idea what was going on. She liked Rob—had had more than one fantasy about being carried to bed in his strong arms. But they were just fantasies, ones she indulged in because she knew nothing would ever happen between her and the tall, godly blond. He was seven years younger than her for a start, and so good looking he could have anyone. What would he want with an ordinary-looking English teacher with a flat chest and too many freckles?

As for Steve…she detested Steve. Although her interactions with Rob up until now had been no more than friendly, Pam could understand suddenly finding herself in physical turmoil over him. But Steve? No way was she going there.